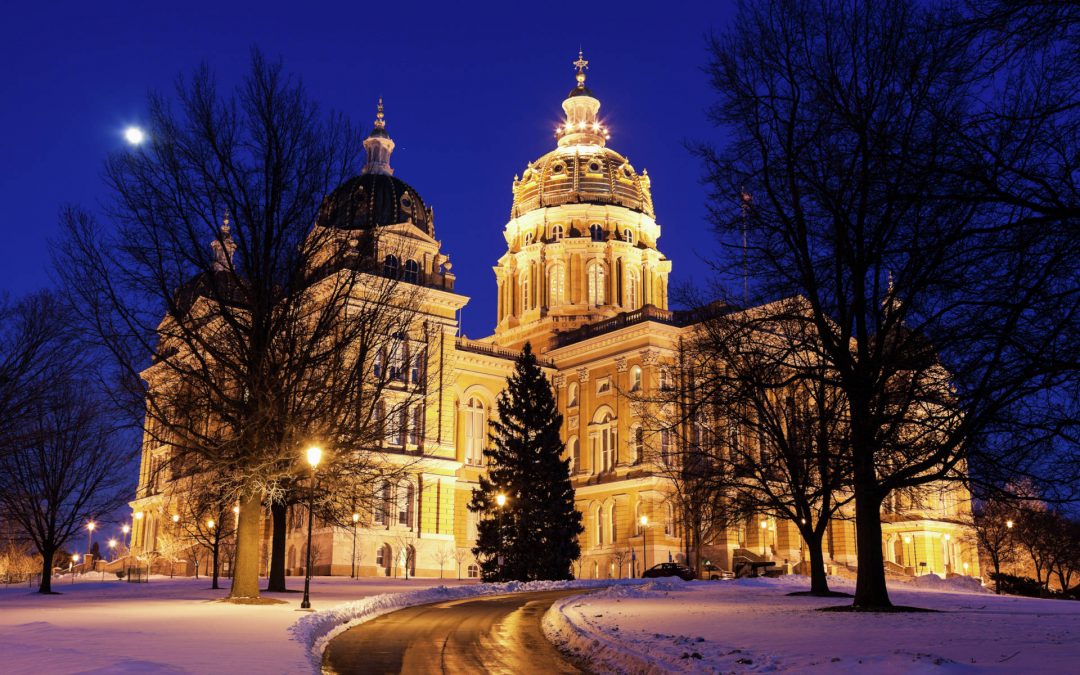 In just a few hours the 2021 legislative session will be kicking off in Des Moines, which means it’s time for gun owners to start pouring pressure on the politicians in the Capitol!

Despite the valiant work of pro-gun fighters in Congress like Georgia’s Marjorie Taylor Greene (R-14th) and others who objected to the certification vote last week, Joe Biden appears to be headed to the White House for the next four years.

By the way, if you are wondering where the Iowa Congressional delegation was, why they didn’t do more to defend President Trump — you’re not alone. More on that later.

But this means the 2021 legislative session here in Iowa is that much more important where our gun rights are concerned! We have to insist that the legislature pass the Second Amendment Preservation Act (SAPA) -– to protect the freedoms that we already have here in Iowa against Biden’s gun control agenda.

As you know, SAPA legislation would nullify federal gun control laws here in Iowa by requiring Iowa peace officers to ONLY enforce gun laws passed by the Iowa legislature.

For more on the Constitutional and Supreme Court precedent behind SAPA legislation, read our previous articles on it here.

And what’s more, should a governmental entity here in Iowa ignore SAPA and try to enforce federal gun control laws, they could be brought into civil court for damages immediately!

When Joe Biden gets sworn in, SAPA legislation will be the only thing standing between our freedom and radical gun control.

The only question is: will the Iowa legislature do their job and pass this vital legislation, or will they kill it like they have killed Constitutional Carry for the last several years?

Don’t let them get away with this in 2021, sign your petition in support of SAPA legislation immediately!

I don’t know about you, but I think the fact that gun owners held the line against a multi-million dollar attack from Michael Bloomberg here in Iowa last November, means the legislature owes gun owners.

Passing SAPA legislation would be a fantastic start. But it’s going to be a fight, and we’re going to have to FLOOD the legislature with calls and emails demanding passage of this legislation.

But it’s also high time that the legislature stops blocking our efforts to pass Constitutional Carry law here in Iowa!

As you know, almost one-third of the country already has Constitutional Carry law on the books, meaning that gun owners in those states are allowed to carry a firearm for any lawful purpose — without having to add their name to a government database!

Iowans have come so close to seeing this legislation pass into law over the last couple of years, only to see hyper-moderates in Des Moines kill it at the last moment.

So in addition to your petition in support of SAPA legislation, please sign the petition below, insisting that the politicians in Des Moines pass Constitutional Carry law once and for all!

Please take action on both of these petitions right away.

Gun owners here in Iowa have been told to sit down and shut up for a long time, but arrogant moderates in Des Moines have used our Second Amendment freedoms as fodder for their reelection campaigns — only to block pro-gun bills once safely in office.

In 2021, we need to remind them who they work for, and who they will answer to during the next election cycle if they continue blocking our gun rights.

P.S. The 2021 legislative session starts in just minutes in Des Moines, meaning our fight to save our Second Amendment is officially underway!

After four years of stonewalling, it’s high time the politicians in Des Moines do their job and pass Constitutional Carry law and SAPA legislation, to protect gun owners from Joe Biden’s war against the Second Amendment.

Sign your petition for these vital pieces of legislation TODAY!

If you haven’t renewed your membership in Iowa Gun Owners for 2021, please do so at once!