Twelve years ago, when I started Iowa Gun Owners to deal with Iowa’s oppressive concealed carry laws, there was such a thing as a ‘blue dog’ Democrat in the Iowa legislature.

If you’ve been involved in the fight for gun rights for a while, you’ll remember that it was House and Senate Democrats (along with a Democratic Governor) who signed ‘Shall Issue’ legislation into law in 2010 — after Iowa Gun Owners members forced their hand.

Radical leftists have declared war against the Second Amendment and are feverishly introducing bills like:

>>>  H.F. 125; which would put you in the state penitentiary for ten years for the ‘crime’ of buying an AR-15 or a magazine that holds over ten rounds of ammunition!

>>>  H.F. 123; which would enact ‘Red Flag Gun Seizure’ laws that would empower liberal judges to order your firearms to be seized based on the word of an embittered ex-spouse during a secret court hearing that you know nothing about, all before you’ve been charged or convicted of anything!

>>>  H.F. 115; which would repeal Iowa’s decade old ‘Shall Issue’ legislation and send Iowa back to the era where a sheriff could deny you the right to carry a firearm for any reason they want!

It’s safe to say that every single Democrat in Des Moines hates the Second Amendment, they hate gun owners like you and me who fight to protect it, and they are doing everything they can to make you into a criminal for owning the firearms that we use every day for defense against criminals and tyrants!

And these three bills are just three of dozens of gun control bills that gun-grabbers have thrown at us over the last two years.

I’ll be honest, I don’t see this trend reversing any time soon. In fact, I think it’s only going to heat up, and that is doubly true if the Iowa House flips this fall.

That’s why I am writing you today.

And when you combine our work to stop gun control bills in Des Moines with our fight to advance Constitutional Carry law, while also pouring pressure on Iowa’s Congressional delegation to stop H.R. 5717 in Washington while simultaneously getting ready for the 2020 election cycle, the costs add up FAST!

And that’s why I’m excited to announce the launch of our new SENTINEL MEMBERSHIP program for Iowa Gun Owners!

But more than just helping Iowa Gun Owners fight more effectively, Sentinel Memberships come with a pile of swag options that we have never offered before. 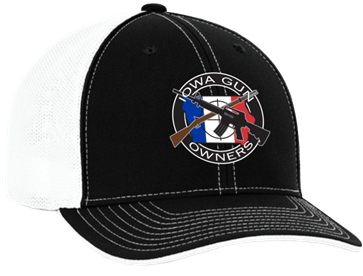 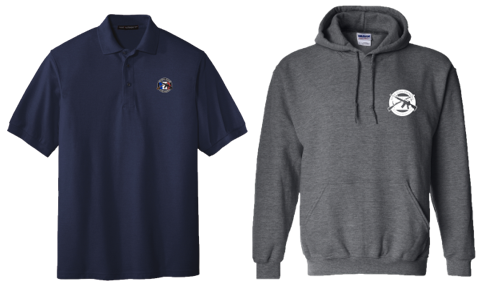 P.S. The Democrats that we are facing in Des Moines these days are a far cry from the ‘blue dog’ Democrats that existed when Iowa Gun Owners was first launched.

To help meet this growing threat, Iowa Gun Owners is announcing our new Sentinel Level Membership that allows members to make automatic monthly donations so that we have the ammo we need to fight back year round.

Click here to become a Sentinel Level Member in Iowa Gun Owners and receive all the swag that you see above!