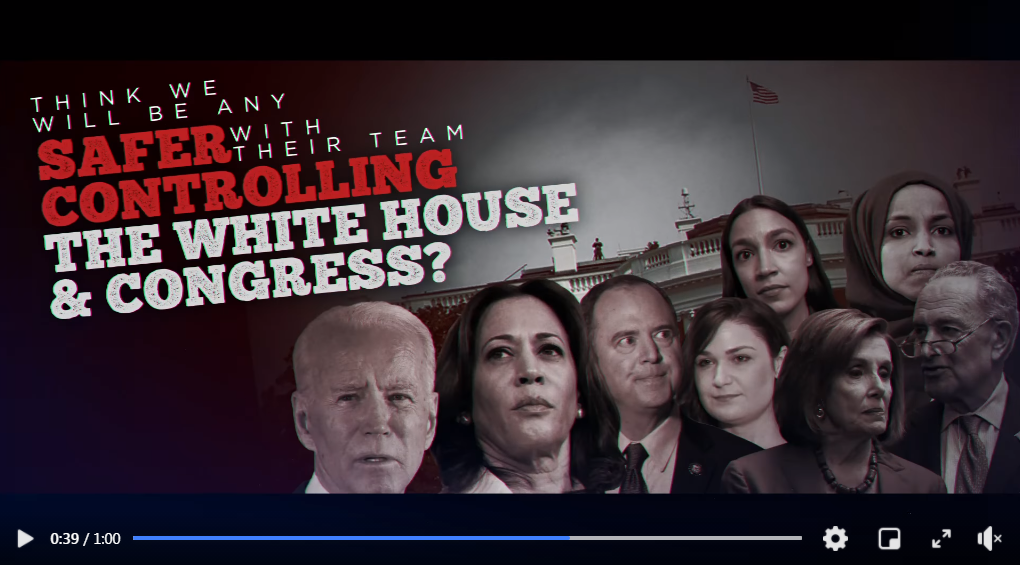 In her short two years in Congress, Abby Finkenauer declared war on gun owners and our great Second Amendment, following Nancy Pelosi’s lead 100% of the time.

Finkenauer voted to institute a national registry of every gun owner in America, wanting to put you in prison if you sold a firearm to anyone without first begging government permission.

Finkenauer supported legislation that you would put you in prison for ‘crimes’ like buying an AR-15, the most popular firearm in Iowa.

And Finkenauer supports a national ‘Red Flag Gun Seizure’ bill, that would disarm Iowans before they’ve been arrested, charged, or convicted of a crime!

That’s why she was supported by every gun control organization in the country, including Michael Bloomberg’s Everytown for Gun Safety.

Iowa Gun Owners has spent much of the last two months reminding gun owners in CD-1 of these facts, using a combination of radio and digital ads.

Clearly gun owners were not happy with Finkenauer’s attack on our right to keep and bear arms, as moments ago, multiple news outlets across the country confirmed that Abby Finkenauer has been thrown out of office by angry gun owners!

Finkenauer arrogantly assumed that she could go to Washington, D.C. and join Pelosi’s war against the Second Amendment, and that gun owners wouldn’t hold her accountable.

But she forgot about Iowa Gun Owners.

And if there is one thing that this organization does even better than passing pro-gun legislation, it’s exposing anti-gunners at election time using the most vicious ads possible.

But none of this could happen without your constant support.

That’s why I want to thank you for making it possible for Iowa Gun Owners to constantly fight for you at the state and federal level, and for enabling us to expose anti-gun radicals like Finkenauer!

Many people like to complain as the radical left attacks our freedoms at the state and federal level, but few actually want to stand up and fight to defend these freedoms.

As a member of Iowa Gun Owners, you’re putting your money where your mouth is and helping us stop gun control, preserving freedom for the next generation.

Tonight, it paid out big time!

So enjoy tonight’s victory. It’s your victory. But get ready for a fight, because the radical left will be coming after our gun rights in Des Moines and Washington, D.C. with everything they have in January.

P.S. Gun owners are the most potent political fighting force in Iowa politics, something that Abby Finkenauer forgot when she supported a national gun registry and a ban on our AR-15’s!

That’s why, moments ago, Finkenauer was thrown out of office by angry gun owners who were fed up with her attacks on our gun rights!

Thank you for giving us the resources to run ads like this across this district, giving gun owners the facts that they needed to make informed decisions!

Many organizations and individual gun owners talk about holding politicians accountable, but as a member of Iowa Gun Owners, you are on the front lines of this fight and I deeply appreciate it!

But stay tuned as the fight for our gun rights is about to heat up in Des Moines and Washington, D.C. and we’ll need all hands on deck!