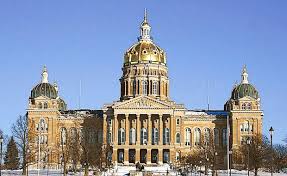 Moments ago, the 2020 legislative session kicked off in Des Moines, meaning our fight to defend and expand our Second Amendment rights just went into high gear!

And while it’s only the first day of the new session, I need you to take immediate action so that lawmakers know what we demand of them during this 2020 session.

With the 2020 elections already on the horizon, moderate Republicans are desperately trying to gauge where gun owners stand — hoping that we have forgotten that they killed Constitutional Carry for three years in row!

Worse, with the hard left sponsoring all sorts of radical gun control bills in Des Moines, insiders are telling me that some moderates are openly circulating a push for ‘Red Flag Gun Seizures!’

And with this being the second session in our 2-year General Assembly, the legislative calendar is shortened by several weeks, meaning there is no time to waste.

That’s why I hope that you will immediately use our new ‘Grassroots Action Center’ to tell your lawmakers what you expect from them, before they come asking for your vote later this year.

Remember, our new state of the art advocacy platform will allow you to communicate with your lawmakers easier than ever before.

You can email lawmakers automatically, call them with a click of your mouse, send them a message through Twitter, you can even send them a video message! It’s never been easier to fight for your rights!

And moderate Republicans in Des Moines, like Majority Leader Matt Windshitl, believe that gun owners should simply give our votes and money to Republican lawmakers ever two years and then sit down and shut up.

Remind these people who they work for!

P.S. The 2020 legislative session just kicked off in Des Moines, meaning the war over the Second Amendment is officially underway!

Take action immediately using our ‘Grassroots Action Center’ above, and send two quick emails to your legislators, so they know what you expect of them!

If you haven’t renewed your membership in Iowa Gun Owners, you can do that here.