When Will the ISSDA Stand Up for the 2nd Amendment in Iowa?

When Will the ISSDA Stand Up for the 2nd Amendment in Iowa? 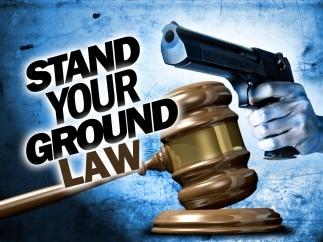 Since the day that George Zimmerman was arrested last year, the liberal media, the anti-gun lobby, and national anti-gun personalities have all been demanding one thing: get rid of Stand-Your-Ground legislation now!

Stand-Your-Ground law simply removes the duty to retreat that you and I currently suffer under here in Iowa, and allows you to take defensive action in the face of a violent criminal attack.

In addition, these Stand-Your-Ground protections extend to any place you are legally allowed to be. Wednesday night Bible study, the Wal-Mart parking lot, helping a friend move – your right to defend yourself comes along for the ride.

Sadly, in Iowa, if you are involved in a self-defense shooting you’re likely going to be questioned on why you didn’t run away instead of taking defensive action.

Never mind the fact that turning your back on an armed attacker is a great way to get attacked or the fact that it’s virtually impossible to move faster than a criminal who is all hyped up on drugs or adrenaline – anti-gunners in Iowa want to make sure that you all but surrender your firearm to a criminal when attacked.

Nowhere has the pressure been more intense to gut this law than in Florida.

Florida’s tourism dollars have been threatened, the attorney general himself has attacked the concept, virtually all of the ‘talking heads’ are opposed to the idea – and almost everyone has been waiting for a statement from the Florida Sheriff’s Association on the topic.

The Speaker of the House, Will Weatherford, publicly stated that he’d be been willing to look at repealing Stand-Your-Ground law if the Sheriff’s Association would back him up.

With all this pressure mounting, late last week the Florida Sherriff’s Association issued their statement wherein they announced that they UNANIMOUSLY support Florida’s Stand-Your-Ground law as written.

67 of 67 county sheriffs voted to maintain public support for this legislation!

What about here in Iowa?

Sadly the Iowa State Sheriff’s and Deputies Association (ISSDA) has made no secret of their open hostility to the 2nd Amendment in general, and Stand-Your-Ground legislation in particular, by repeatedly unleashing their taxpayer funded lobbyists to oppose these proposals at every turn!

IGO has extensively documented the over two dozen pieces of pro-gun legislation that ISSDA lobbyists have loudly opposed over the last couple of years.

Constitutional Carry – they fought hard to help kill it.

Shall Issue – they fought it, kicking and screaming the entire time.

We could go on an on and on.

While clearly outrageous to see them lobbying against our gun rights with taxpayer monies – it’s also very sad to see as every member of IGO knows of a Sheriff or deputy in Iowa who is solidly pro-gun.

In fact, IGO’s board Chairman is retired Sioux County Iowa sheriff Jim Schwiesow. Jim has over 50 years of experience as a peace officer, 28 years as sheriff. Sheriff Schwiesow fondly remembers coming to the Capitol lobbying IN FAVOR of gun rights.

He never remembers a time when it was ever even an issue whether or not to support a pro-gun bill.

Iowans in general, and certainly IGO members in particular, have always had a healthy respect for Iowa’s peace officers. Sadly, that’s what makes them effective as anti-gun lobbyists.

When they walk in the Capitol wearing their uniform, badge, and gun, people just naturally assume that whatever they say is non-partisan, and the gospel truth – and ISSDA plays on these emotions!

Many don’t know that some members of ISSDA are so vocally anti-gun they were invited as guests to Obama’s White House during a series of meetings this January designed to discuss ways to implement sweeping federal gun control!

And as we mentioned, in many if not most cases, your county sheriff’s ISSDA ‘dues’ are paid from the county budget – from you and me.

Sometimes it’s $500, other times it’s in excess of $1,000.
Either way it’s your money, and over $50,000 of it is being spent with contract lobbyists to defeat pro-gun legislation every year here in Iowa.

When you see the courageous stand taken by ISSDA’s sister organizations in states like Florida, New York, and Utah – it shows you just how effective a force they could be here in Iowa in the fight to defend the 2nd Amendment.

Here’s what you can do to help:

Demand that they stop supporting gun control. Encourage them to stand up and defend the 2nd Amendment in the way their colleagues just did in Florida.

You see, many county budgets include automatic payments to ISSDA on behalf of their sheriff’s department. Encourage your county supervisors to pull their funding of ISSDA and use it to improve your local county shooting range, at least until the ISSDA stops advocating for gun control.

3. Please consider chipping in a few dollars to enable us to fight against gun control. Your $10 or $20 donation will help us send out that much more mail and email sounding the alarm here in Iowa.

Here’s who you should call:

P.S. In the wake of the George Zimmerman trial a tremendous amount of pressure has been placed on the Florida Sheriff’s Association to publicly reject Stand-Your-Ground legislation.

The Speaker of the House in Florida even said he’d begin to repeal the law if the Sheriff’s Association would just back him up.

However, late last week Florida’s 67 sheriffs voted UNANIMOUSLY to support Florida’s Stand-Your-Ground law saying, “The right to self-defense is well-established in law. The Florida Sheriffs confirmed this position by voting unanimously…to support the Stand Your Ground law as it is currently written.”

Other Sheriff’s Associations across the country are rising to the challenge and standing shoulder to shoulder with gun owners in condemning recent gun control attempts.

Sadly, in Iowa, the Iowa State Sheriff’s and Deputies Association (ISSDA) is known for aggressively attacking the 2nd Amendment and Stand-Your-Ground legislation in particular.

Worse, they do this with TAXPAYER FUNDED contract lobbyists to the tune of over 50,000 dollars a year!

Please call the Executive Committee of the ISSDA today, using the information above, and demand that they stop their efforts to clamp down on your gun rights.

Finally, please consider helping Iowa Gun Owners today with a contribution of $10 or $20 to enable us to maintain our fight to defend the 2nd Amendment in Iowa.