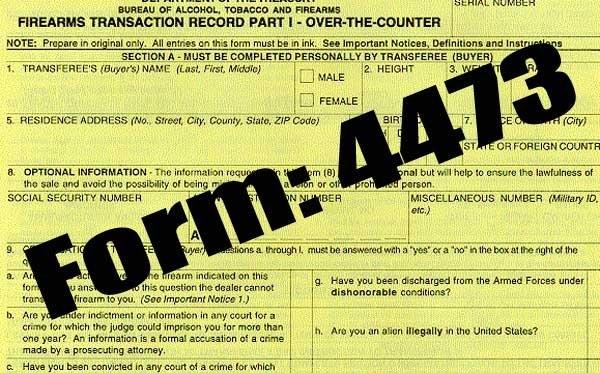 “I’m just not sure if I want to be seen as being too pro-gun this year, Aaron.”

This was the common mantra of many in the General Assembly as the 2013 legislative session began.

The national and state media were using all of the power at their disposal to scare pro-gun legislators and organizations ‘under ground’ – and it was beginning to work.

The NRA club in Iowa didn’t pen a single email on ANYTHING for the first 60 days of the session!

It seemed that every other day the Des Moines Register was reporting anti-gun drivel and calling it “news” as they screamed for gun control.

Right out of the gate, in the House, a who’s who of the most anti-gun legislators you can ever imagine came forth with their big push for the year: universal registration legislation.

Of course, when Representatives’ Hunter, Mascher, Abdul-Samad and others penned this legislation they didn’t call it that, but that’s exactly what this bill would do.

(Iowa Representatives Ako Abdul-Samad and Mary Mascher, two of the most anti-gun legislators in the state were pushing HF164 this year.)

You see, to die-hard anti-gunners like this, the thought of you and I buying and selling a rifle or shotgun here in Iowa amongst ourselves without getting government permission first simply enrages them.

According to their logic, the only people who wouldn’t want the government to know about what guns they buy are criminals or terrorists.

In reality, like many of you, the last thing I want the government to know is who is armed and who isn’t. Or how many guns you have, or their makes and models.

Looking back at history, you see one nation after another having disastrous results once the government gets a list of guns and their owners.

We were determined to stop them.

But there was a more personal reason for us wanting to see this legislation die.

Like many of you, I received my first firearm as a gift from my grandfather. It was an old, single shot .410 shotgun – but when my grandpa gave it to me not even a new car would have made me happier.

I remember, fondly, standing behind the grain bins on his farm learning to shoot that gun with Grandpa sternly instructing me on how to safely handle it – and warning me not to shoot a hole in the roof of his hay shed while shooting at pigeons.

This is a way of life here in the Midwest.

This is what I plan to do with my sons and eventually my grandsons. I’m sure many of you have similar memories.

But under House File 164, my grandfather would be a felon for not going through a government background/registration scheme before giving me this gun!

A felon, for passing down a piece of family history.

We were outraged at this legislation and immediately went to work gathering your signed petitions and unleashing a flurry of emails and letters and calls into the House Judiciary Committee where this bill was assigned.

Initially we were not getting an answer from the Judiciary Chairman about this bill.

But after a week’s worth of your grassroots activism, the Chairman, Rep. Chip Baltimore, quickly announced that he was pulling this bill from further consideration.

We were pleased with our progress.

But a tougher fight was looming right around the corner, in Mike Gronstal’s anti-gun dominated Senate!

Around the first of February we watched a familiar sight in the Capitol as the Iowa State Sheriff’s and Deputies Association (ISSDA) showed up to testify before the Senate Judiciary Committee to talk about guns, mental health, and concealed carry permits.

You see, for those of you who are new to this email list, for over 5 years the ISSDA has been the most aggressive anti-gun lobby force in Des Moines.

This is not your father’s ISSDA!

Jim fondly remembers coming to the Capitol to lobby FOR gun rights when he was on the ISSDA’s legislative liaison committee.

Sadly, that’s not the case any more.

Whether it be opposing Constitutional Carry, Stand-Your-Ground reform, the removal of Iowa’s unconstitutional permit to purchase handguns, or more, the ISSDA has been working to block, deflect, water down, and destroy IGO gun bills for 5 years!

The worst part about it is that while paying contract lobbyists over $50000 a year to lobby against your gun rights – they get to do it with YOUR tax dollars.

For more on this, you can read our extended analysis here and here.

As I stood in the back of that committee room I watched and listened as one Eastern Iowa Sheriff after another complained about “how loose” the gun laws are here in Iowa and how they need to have more discretion in deciding who to hand out permits to.

But then I heard something that truly shocked me.

Senator Wally Horn (D-Cedar Rapids) began to openly pontificate on ways that the Senate could enact policies that would allow us to “preemptively stop” the next madman who wants to shoot a school or theatre.

The government, deciding in advance who is likely to commit a crime – what a comforting thought.

The anti-gunners are crafty, and they almost slipped this one by us, by hiding this legislation in the Education Committee in an attempt to keep us from learning about it!

SF233 had several good things in it – that had nothing to do with firearms. But that was all just smoke and mirrors to make it harder to oppose the bill.

At its heart, SF233 was a drastic attack on our gun rights under the guise of mental health reform – because had this bill become law it would have flung the door wide open on who could flag someone in the system as being a threat.

Social workers, guidance counselors, physician’s assistants….even nurses would have been qualified to make these determinations had this bill passed!

No one is minimizing these professions to be sure. But when you are talking about ending someone’s constitutional rights, only the highest standards of due process should be employed.

Thanks to a massive outpouring of your calls, signed petitions, emails, and trips to the Capitol this bill was shelved and the bill sponsor was pleading for the calls the stop.

But just as we thought the threats were over in Iowa, the gun-grabbers introduced their next attempt at clamping down on our rights with the introduction of the ban on “high cap” magazines.

“Only a soldier needs more than 10 rounds” is their next attempt.

Tell that to the woman in Atlanta who recently fired off every round in her revolver as multiple attackers tried to invade her home with the intention of sexually assaulting her. Or tell that to those people who were cowering in fear in their homes in Boston as the police manhunt was ongoing in their neighborhood.

“Only a wanna be militia type needs magazines like this” is often their final retort.

So we wasted no time.

We urged our members to get involved and hammer the Capitol with calls and emails and more.

And you jumped right in.

Whether it was confronting your representative at the local forum, the corner market, or in church on Sunday, we heard from hundreds and hundreds of you who made sure their Representative knew that gun owners were not going to be conceding any ground in the fight to defend the 2nd Amendment this year.

At times this year we felt like we were playing the “Whack a Mole” game at the county fair. The minute one bill would die another would rise up in its place. The moment we’d fire off one email calling for action, another issue would rise up.

As I mentioned at the start of this message, other organizations in Iowa were so cowed by the media onslaught that they didn’t expose ANY of these threats. They NEVER urged people to get involved and send emails or make calls and go to a town hall forum.

So often this year you and I stood alone – and at times it was hard – but we did it and together we beat back EVERY attempt that was launched against our gun rights.

Many of us have friends in other states that were not so fortunate. Gun owners in Colorado, New York, Connecticut, and other states lost a lot of their gun rights this year by way of mandatory registrations, outright bans on modern utility rifles, bans on “high cap” mags, and more.

Thank you for helping us keep Iowa off that list of states!

Most times in politics, an aggressive offense is the best defense.

We believe that at Iowa Gun Owners, and that’s why in our next report you’ll learn about the legislation that IGO pushed this year and the absolutely fearless legislators in the House and Senate who REFUSED to be cowed into submission this year despite all the pressure to do so.

These legislators are part of the reason that Iowa lost no ground this year.

But there are other legislators, who claim to be pro-gun, who blocked our bills this year and they deserve to be mentioned as well.

Don’t miss our next update.

P.S. Part 3 of the year in review will be coming out shortly      so stay tuned!

To join Iowa Gun Owners simply click on the link below.