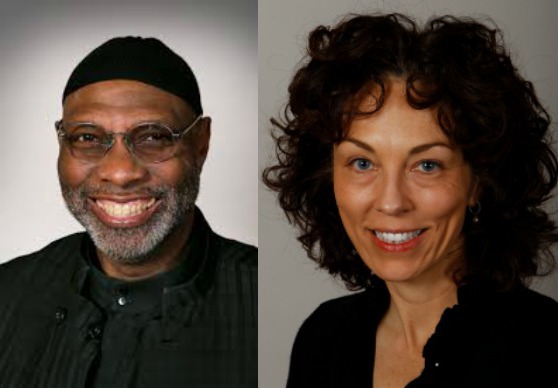 (This is the second part in our 2017 legislative wrap-up series. If you missed the first part, you can find that here.)

And then we turned to you, our grassroots supporters, and asked you to contact the Senate and urge them to cosponsor the bill, Senate File 262.

The bill had all the components that Stand-Your-Ground law needs, in that it removed the duty to retreat, provided for third-party defense, and contained the all-important criminal and civil immunity language to protect gun owners from malicious prosecutions.

If you take away any one of these prongs, you don’t have Stand-Your-Ground law.

Thanks to your calls and emails, Senate File 262 quickly accrued an impressive 25 cosponsors in the Senate and the media was talking about it statewide.

But the House had different plans on the gun bill, and waited a few weeks to introduce their version of Stand-Your-Ground legislation.

And when it first came out, we were ecstatic!

The bill basically mirrored the Senate’s version of Stand-Your-Ground law and added in additional advances as well.

But the anti-gun pressure began to mount.

First, anti-gun editorial boards at the Council Bluffs Nonpareil, The Sioux City Journal, The Des Moines Register, The Gazette, and others attacked the bill.

And, of course, anti-gun legislators like Ako Abdul-Samad, Mary Wolfe, and others joined in with their doomsday scenarios about what would happen if we passed Stand-Your-Ground law. 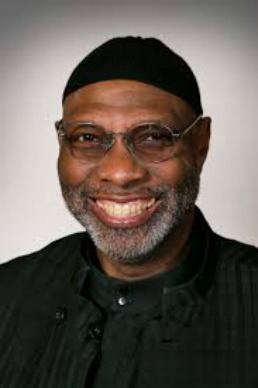 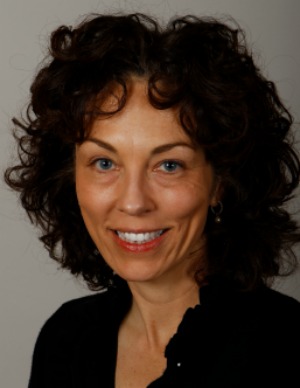 Iowa Gun Owners began to ramp up the pressure right away to combat this.

We ran op-eds in newspapers all over the state to combat the spin being published by anti-gun media outlets. 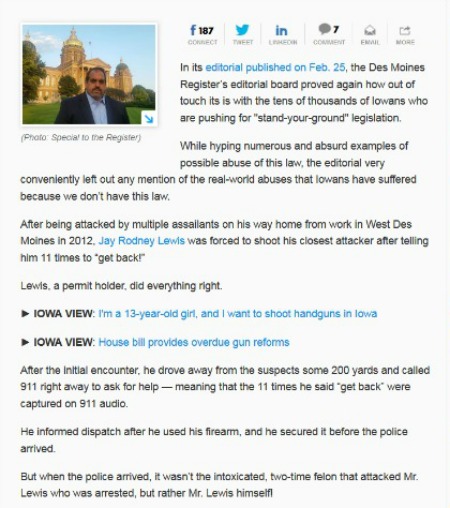 And we sent out repeated alerts via email and social media urging your calls into the Capitol.

However, when the Judiciary Committee considered the bill in a late afternoon meeting in early March, things got much worse.

After an almost four-hour private caucus where the legislators argued about the bill behind closed doors, Rep. Matt Windshitl brought forth an amendment on the bill.

Sitting there in the committee room, I had to read the amendment twice to make sure I wasn’t mistaken, as the amendment conceded tremendous ground to anti-gun legislators, including:

>>>  Reinstatement of the permit-to-purchase weapons;

>>>  Weakening of pre-emption language by requiring you and I to hire our own lawyers to enforce a violation of this section;

>>>  Weakening of the Capitol Carry provision by limiting it from all five buildings that comprise the ‘Capitol Campus’ to just the Capitol itself.

But that wasn’t all; in fact, the worst was yet to come.

That’s because in the amendment offered by Rep. Windshitl, the all-important criminal immunity language was removed from the Stand-Your-Ground law section!

And without the criminal immunity language, we simply wouldn’t have Stand-Your-Ground law on the books here in Iowa.

I couldn’t believe it as I sat there.

After all, it was gun owners who delivered the Iowa Senate and gave the legislature a pro-gun majority for the first time since the 90’s!

Now was our chance to go on offense and pass the biggest bill possible — while we had the majority!

But instead, the committee chair and Rep. Windshitl folded under the pressure and offered up a damaging amendment to placate the House minority.

And I have to tell you, listening to anti-gun legislators laud and praise Rep. Windshitl for his willingness to water down the bill almost made me sick.

Calling a Spade a Spade

Other pro-gun lobbyists and the weak-kneed Iowa Firearms Coalition sat silently in the room, unwilling and unable to confront Rep. Windshitl over his betrayal — desperate to maintain their personal friendships.

Of course, that’s so often how it goes here in Des Moines.

Legislators promise to speak at your events and praise you publicly so long as you agree to never reveal what actually goes on in late night committee hearings, and the harm that comes from them.

When the leadership of Iowa Gun Owners convened that night via conference call, we had two options to consider:

1.   Say nothing about the amendment, praise the House, and hope they didn’t water it down any further and try to fix it in the Senate, or;

2.   Tell our members the truth and urge them to melt the phone lines in the Capitol demanding the restoration of the Stand-Your-Ground immunity language.

Well, that was an easy choice for us since we’re only interested in protecting the rights of our members — not in playing games in the Capitol.

And so we hit back, hard!

That next morning, we unveiled a video update from the Capitol outlining what had happened and urging your action! 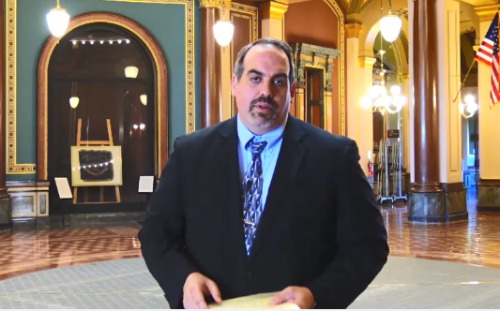 At the same time, our gun show coordinators worked multiple shows that weekend at different parts of the state getting the word out.

We rolled out email alerts to as many gun owners as possible over that weekend, too, urging gun owners to call the House leadership team and demand that they fix this bill!

Five days later, under a withering amount of calls from gun owners, House leadership relented and reinstated the immunity language into the bill via a floor amendment and went on to pass the bill out of the House!

That only happened because of grassroots pressure from gun owners like you.

Sure, it doesn’t make us the most popular organization at the Capitol -– but we’re fine with that.

After gun owners worked so hard to create this historic opportunity, it was vital that we make sure we could capitalize on it.

But this fight wasn’t over, as multiple Senators, still bitter over their stinging defeat last fall, were promising a war over this bill as it came to the Senate.

In our next session-in-review email, we’ll take you through the Senate fight and the shocking results of the floor vote -– a testimony to the power of gun owners here in Iowa!

(If you’re not already a member of Iowa Gun Owners, feel free to join now!)

Executive Director
Iowa Gun Owners
P.S. This is the second in our session-in-review email series, giving you a peek behind the curtain about the successful fight for Stand-Your-Ground law in Iowa this year!

If you missed the first of this series, you can find it here.

Stay tuned for the third part in our series, coming out shortly.

And if you’re not yet a member of Iowa Gun Owners, get involved today by hitting this link or the box below!