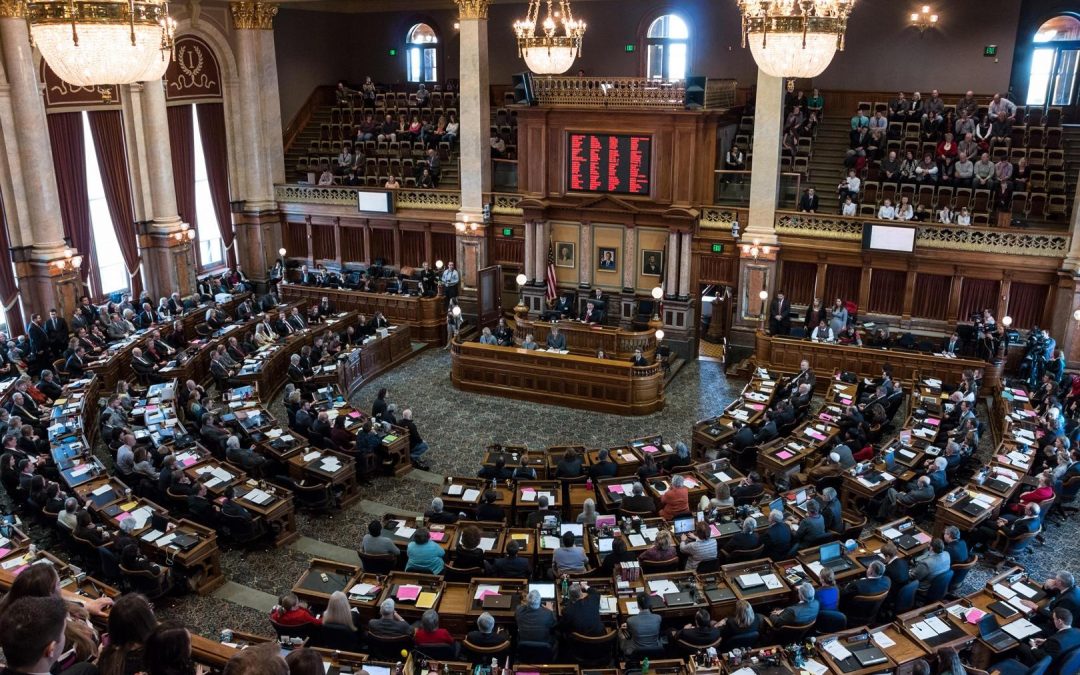 Last week was a busy one in the Iowa Capitol as more and more legislators felt the pressure from gun owners in Iowa to take action on SF137/HF52 – the Iowa Stand Your Ground law.

The shameful treatment of Hurl Beechum, out of Glenwood, IA, is a stark reminder to legislators of what can happen to gun owners who are forced to use their firearm in self-defense when an anti-gun county prosecutor decides to ‘make a name for himself’.

While Mr. Beechum no longer faces criminal charges for defending his step-father, he’s likely to be attacked in civil court by the very same thug that beat his step-father unconscious.

Stand-Your-Ground law would change all of that by simply removing the duty to retreat that’s currently the standard in the Iowa court system.

While changing nothing about what constitutes the justifiable use of force, it allows you to use that justified force in a public place without having to flee first.

Separately, if you’re found to have acted in accordance with the law following a justifiable use of force shooting, this legislation would not allow civil actions to be taken against you by the very same criminal (or his estate) who attacked you in the first place!

It’s a small comfort to survive a lethal threat on your own or your family’s life — only to have to go on to spend at least $100,000 to survive the court action that will follow.

This bill has tremendous support in the legislature with 24 of the needed 26 Senators already having signed onto the bill as co-sponsors, and it has massive grassroots support!

But Senate Judiciary Committee Chairman Steve Sodders and Senate Majority Leader Mike Gronstal are refusing to allow this bill to move through the judiciary committee.

That’s why I need you to take a moment to email, call and Facebook message Senator Gronstal and Sodders (as well as your own State Senator) and demand that they move this critical legislation through the Judiciary Committee and through the full Senate this session!

And let me tell you, these guys and their colleagues are getting desperate — Senator Sodders in particular!

It’s an election year for him and he’s doing everything he can to kill Stand-Your-Ground law while still trying to fool the voters in his district that he’s pro-gun.

That’s why he’s making up excuse after excuse as to why he is refusing to move this bill that only protects law abiding citizens. Here are some excuses that you’re bound to hear.

“Iowa code 704 already gives you the ability to not retreat when you’re attacked, you’re being lied to.”

Truth: Iowa code 704 explicitly states that it only applies if you’re in your home, business, or car. Stand-Your-Ground is all about protecting you in public places, something that Senator Sodders knows very well.

This is a pathetic attempt to confuse Iowans and to safely get through his reelection campaign.

“The Attorney General’s office has reviewed this and has determined that we don’t need this legislation.”

Truth: Attorney General Tom Miller is well known in the Capitol as being opposed to any expansion on your gun rights and his staff actively works behind the scenes to oppose pro-gun legislation.

More, his office actively encourages Iowa cities and counties to violate Iowa’s pre-emption law. So this is simply one radical gun-grabber scratching the back of another, in an attempt to help with Senator Sodders’ reelection campaign.

“I’m not moving this bill because I’m receiving death threats from gun owners in Iowa.”

Truth: We hear this a lot from anti-gunners whether they are in office or are seeking office, every time gun owners hold them accountable for their actions they trot out this old, tired falsehood.

We’ve reached out to Senator Sodders to ask for a copy of the police report that was filed with either the Capitol State Police, his sheriff’s office (where he’s employed), or the town in which he resides to see if we knew who was making this supposed threat.

The response from Senator Sodders: silence!

He almost certainly got caught making this up and just moves on to the next attempt to confuse or mislead the voters.

It’s very simple, Steve Sodders and his pals in Des Moines are hostilely opposed to any expansion of your gun rights and they consistently kill good gun bills over and over.

They’ll say anything to avoid being held responsible for their actions.

But this is an election year, and blocking this very bill already cost them one long-time incumbent in the last election cycle as former Senator Daryl Beall was bounced out of office in 2014 by a resounding margin over this issue.

So make sure Senator Gronstal, Senator Sodders, and your own Senator understand that if they want your support in the election cycle this fall – they’d better take action on Stand-Your-Ground law first!

Once you’ve contacted them, make sure you forward this email to your friends and family and urge them to get involved, too.

P.S. Things are heating up at the Capitol as more and more legislators are hearing from gun owners who want action on SF137/HF52 – the Iowa Stand-Your-Ground law!

The recent shameful case of Hurl Beechum out of Mills County only reinforces the urgency of passing this legislation.

We’re just two votes short of passing this bill in the State Senate – with a whopping 24 cosponsors backing this bill already!

But it’s being held up in the Senate Judiciary Committee by Senator Sodders and Gronstal – who will say virtually anything to confuse and mislead Iowans who are fed up with their actions.

Please contact Senator Gronstal and Sodders (as well as your own State Senator) and demand that they move this critical legislation through the Judiciary Committee and through the full Senate this session!