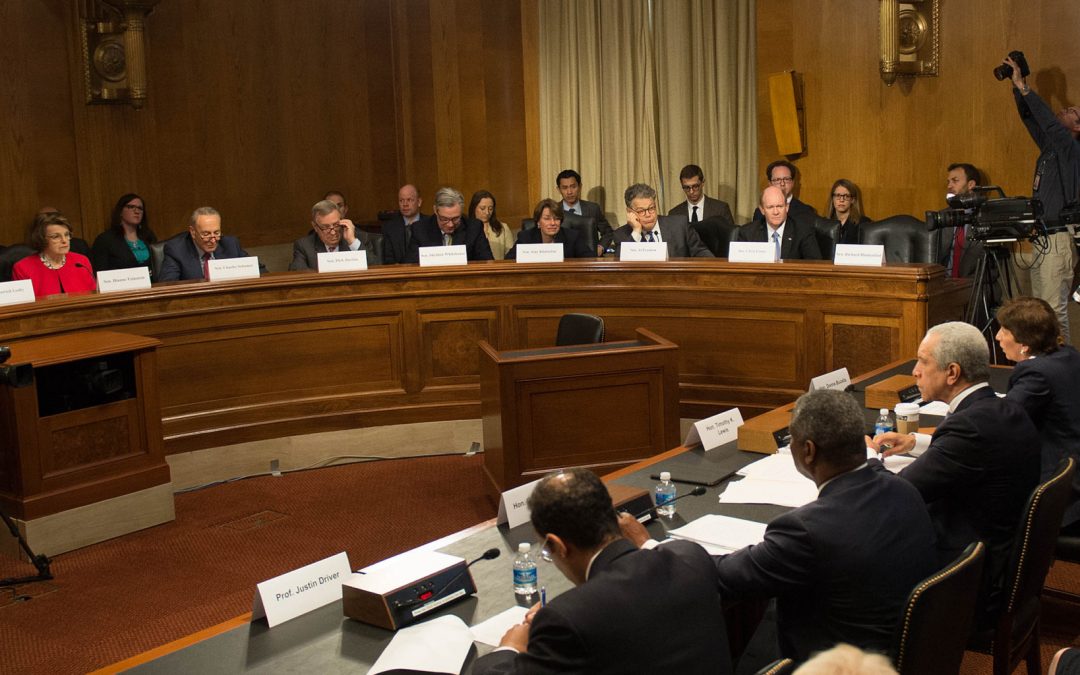 In the wake of the hearing on ‘Red Flag Gun Seizures’ a few days ago in the US Senate Judiciary Committee, gun owners across the state have been calling us in disbelief.

That’s because not a single US Senator stood up in opposition to this legislation and fought for gun owners or the Second Amendment. Not a single one!

More, all of the witnesses testified in favor of the bill. Chairman Graham didn’t have a single witness there to testify against this NRA-backed bill.

That’s why many gun owners are calling this hearing a sham, as it was clearly designed to convince lawmakers that everyone is in agreement about the need to pass ‘Red Flag Gun Seizures.’

Remember, this legislation would allow you to be stripped of your right to keep and bear arms and to have your firearms confiscated before you’ve been charged or convicted of anything.

In many cases, these will be ex-parte hearings that occur in secret. Far from being able to attend and defend yourself and bring your own witnesses or evidence, you won’t even know about it until the police are at your door!

Clearly these gun seizure orders violate the 5th, 6th, and 14th Amendments to the US Constitution, in addition the 2nd Amendment.

But when they were given a chance to speak in the committee, do you think that Senators Grassley or Ernst brought these constitutional violations up?

Wouldn’t you have expected them to ask the obvious question about why we are trying to pass laws to seize a person’s firearms before they’ve been convicted in court?

If not that, wouldn’t they at least have asked about the obvious problems with allowing a gun owner to be targeted by an embittered ex-spouse via secret, ex-parte, hearings?

If you watched the hearing you know the answer.

Neither Senator Grassley or Senator Ernst brought up any of these issues!

In fact, after she got past the obligatory ‘we need to defend the Second Amendment’ comments, Senator Ernst seemed to be very keen on ‘Red Flag Gun Seizures’ and talked about how they would help prevent suicides!

Are we as gun owners concerned about people using firearms to take their own life? Of course.

But does that mean that we are supposed to just roll over and surrender our Second Amendment rights, because someone else does something bad with their firearms? Of course not!

By arguing this way, Senator Ernst used the same logic that leftist lawmakers use all the time after a mass shooting: someone did something bad with a firearm, so let’s blame all gun owners.

For his part, Senator Grassley asked some questions about the evidentiary standard that should be used in the hearing where your gun rights are stripped and your firearms confiscated.

But he never asked about the fact that these hearings are ex-parte!

He never asked why we are taking someone’s firearms from them before they have been convicted in a court of law for a crime.

And he never brought up the clear 5th, 6th, or 14th amendment issues with this bill!

This is why so many gun owners across the state were simply dumbfounded after watching the hearing — as neither Senator Grassley or Senator Ernst fought for us at all!

The good news is that there is still time to stop this bill as this was only a hearing and the committee did not hold a vote on the bill.

Insiders tell us that lawmakers in D.C. are trying to gauge the anger amongst grassroots gun owners right now, trying to determine whether or not it is a safe political move to advance this bill.

So please take immediate action, to help us keep the pressure on.

>>> First, send your PRE-WRITTEN EMAIL to Senators Grassley
and Ernst and demand that they oppose this bill in committee.

>>> Second, help us keep running this ad online. Already over
112,000 Iowans have seen this ad. But we can’t let up now,
not with a committee vote possible at any moment!

>>> Third, if you’re not already a member of Iowa Gun Owners,
please join now. With the NRA and Senate Republicans backing
this bill, we need to stand together now more than ever.

‘Red Flag Gun Seizure’ legislation is the worst gun control bill we’ve seen in this country in years — we need to stand together and fight this bill with everything we have.

We have no choice.

Our children and grandchildren are counting on us.

P.S. The hearing on ‘Red Flag Gun Seizures’ in D.C. earlier this week was a sham. All the witnesses were 100% in favor of the bill.

Worse, neither Senator Grassley or Senator Ernst fought for gun owners at all. In fact, both seem to be in favor of the bill!