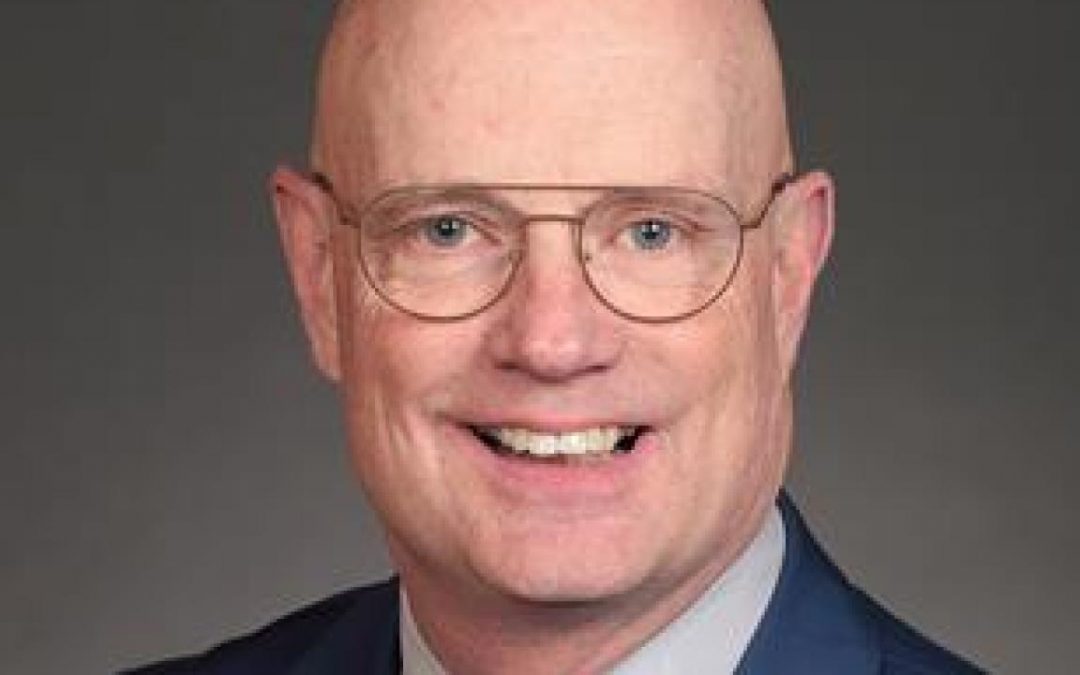 The 2020 session of the Iowa legislature kicked off with a bang yesterday in Des Moines!

In the opening hours of the 2020 session, over 2,500 emails descended into the legislature from all corners of the state reminding lawmakers of two things:

The pressure was visible on the faces of lawmakers and their staff.

They know that moderate caucus leaders don’t want to fight for gun owners — but they also know that it’s an election year, and that Iowans want Constitutional Carry!

Perhaps that’s why Representative Steve Holt suffered a complete meltdown yesterday and began cursing me out, before eventually threatening to have me removed from the Capitol via the Iowa State Patrol!

That’s right, while trying to talk to Holt, who Chairs the Judiciary Committee where gun bills are often referred to, Holt exploded saying that gun owners aren’t showing him enough respect!

You see, in Steve Holt’s mind, gun owners like you and me are just peons who are supposed to provide him with campaign dollars, votes, and above all, respect.

Sadly, this smug elitism runs rampant among lawmakers in Des Moines who love taking help from gun owners at election time, but get angry when you ask them to deliver results.

I don’t know about you, but I still believe that lawmakers in Iowa work for us.

I still believe that they are our employees, sent to Des Moines to do our bidding, not the bidding of party leaders or whomever hands them the largest PAC check.

And if you agree, take a moment to send this PRE-WRITTEN EMAIL to your lawmakers in the House and Senate, reminding them of that, and insisting that they do their job and pass Constitutional Carry in 2020!

If you want a permit, that’s fine, as the current ‘Shall Issue’ system would not change.

That’s the freedom that our neighbors in Missouri enjoy, after passing this legislation in 2016.

Our neighbors in South Dakota have this freedom, too, after passing Constitutional Carry just last year!

But here in Iowa, lawmakers like Steve Holt want you and I to grovel a little lower, beg a little more convincingly, and show them the respect they think they deserve before they will move this bill.

If that angers you, send your pre-written email today!

If you’re tired of watching Iowa get passed by in the fight for Constitutional Carry — despite having a ‘pro-gun majority’ in both chambers — send your pre-written email today!

And then I hope that you’ll make a donation, to help Iowa Gun Owners mount pressure in the Iowa Capitol.

From sponsored Facebook videos, to statewide emails, to radio and TV ads later during the session, Iowa Gun Owners intends to do everything we can to crank up the heat in Des Moines — but we need your help to do it!

Please make a donation today of $100, $50, $25 or whatever amount you can afford, to help us maintain this fight for freedom!

But whatever you do, please send your PRE-WRITTEN EMAIL to your lawmakers today, demanding their support for Constitutional Carry law!

P.S. The 2020 session of the Iowa legislature kicked off yesterday, and it’s clear that lawmakers are feeling the heat from gun owners across the state.

But they are angry and are demanding ‘more respect’ from gun owners — even though they are our employees and work for us!

Please take a moment to fire off your PRE-WRITTEN EMAIL to your lawmakers, reminding them who they work for and insisting that they pass Constitutional Carry law this session!

And please make a donation, of any amount, to help Iowa Gun Owners crank up the heat in Des Moines!