Biden’s Nominee for ATF Director is a Tyrant!

Biden’s Nominee for ATF Director is a Tyrant! 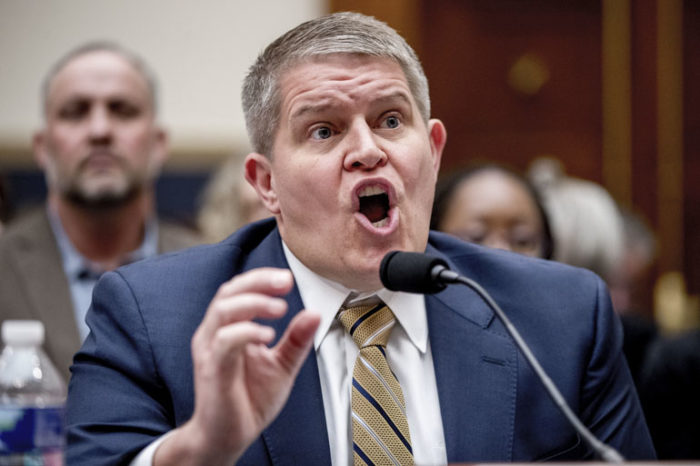 While Joe Biden is busy trying to CRUSH our Second Amendment rights in Congress, and with the executive orders he recently unveiled, he’s also trying to weaponize the ATF again!

Every gun owner knows that the ATF has LONG AGO given up any pretense of trying to fight crime. Instead, when they aren’t arming Mexican drug cartels like they did during the ‘Fast and Furious’ scandal, the ATF simply terrorizes gun owners.

But the radical left knows that this scandal-ridden embarrassment of an agency would take their persecution of gun owners to a whole new level if they had a straight-up tyrant running it!

That’s why our Sniffer-in-Chief, Joe Biden, just nominated David Chipman to head the ATF. Without a doubt, David Chipman is the WORST possible person to have running this agency.

That’s why you must send a PRE-WRITTEN EMAIL to Senators Grassley and Ernst right away, insisting that they ‘VOTE NO’ on David Chipman’s nomination as director of the ATF!

There are plenty of policy-based reasons why David Chipman should never be allowed to run what is supposedly a law enforcement agency. Check this out:

>>> Chipman worked at the ATF for 25 years, becoming the agent in charge of the firearms program, yet did nothing to stop the ‘Fast and Furious’ gun running scandal that gave machine guns to Mexican drug cartels, who used them to murder over 300 American and Mexican citizens;

>>> Chipman has been working for the last six years for Everytown for Gun Safety and Giffords, the nation’s leading gun control organizations that want to disarm every gun owner in America;

>>> Chipman wants to put you in prison for buying an AR-15 or any magazine that holds over ten rounds of ammunition, leaving you with a felony conviction, unable to own firearms ever again;

>>> Chipman is eager to disarm as many gun owners as possible through due process shredding ‘Red Flag Gun Seizures,’ which allow tyrannical judges to seize your firearms before you’ve been convicted of a crime.

But the real reason why the Senate should throw Chipman out of the building during his nomination hearing is the fact that this guy is a straight up dictator, who wants this position to terrorize gun owners.
Chipman hates gun owners and you can see that in his face, in his public statements calling for gun control, and in the fact that he’s spent 30 years trying to crush gun owners!

Leftist crazies like Chipman want to bulldoze the Constitution and turn this great country into a socialist hellhole like Venezuela. But unlike Venezuela, there are 90-100 million armed Americans in this country who are standing up for freedom.

That’s why Biden wants to promote Chipman, to use the full power of the ATF to come after gun owners and do everything they can to force us to bow in submission!

We can’t let that happen.

That’s why it’s vital that Senators Grassley and Ernst hear from you today, because if they don’t, they may vote to approve Chipman, giving Biden the 51 votes that he needs for confirmation!

I don’t know about you, but I don’t believe in giving ANY ground to a would-be tyrant in the White House who is trying to weaponize the federal government against law abiding American gun owners!

If you agree, then send your email immediately!

After you’ve sent your email, you’ll be taken to a confirmation page, letting you know that your emails were sent in to your Senators, and giving you the option to donate to help us FIGHT BACK against David Chipman’s nomination to the ATF.

Please make a donation immediately, so we can ensure tens of thousands of emails land on Senator Grassley and Ernst’s desks, opposing this madman’s nomination!

The fake news media outlet and America-hating leftist think tanks are concerned that Chipman is so far over the top that too much pressure from gun owners could sink his nomination!

For once, they are right!

David Chipman, Biden’s nominee, has worked to persecute gun owners in America for over 30 years, first in the ATF and currently as an employee of Giffords, a national gun control organization.

Now, he wants to use the ATF to terrorize Americans who own an AR-15, any magazine that holds over ten rounds of ammunition, and more!

Tell Senators Grassley and Ernst to ‘VOTE NO’ on David Chipman as the next ATF director, by sending this PRE-WRITTEN EMAIL now!

Then donate, as much as you can, so we can FIGHT BACK against this little dictator by flooding the Senate with emails from as many gun owners as possible!