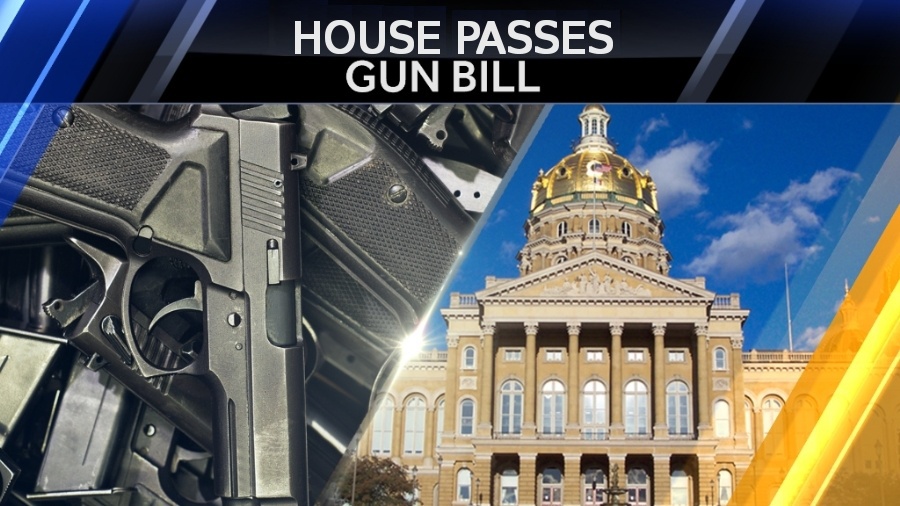 Moments ago, the Iowa House of Representatives passed Stand-Your-Ground law, adopting the conforming change that was added in the Senate by a vote of 57-35 (with 8 not voting)!

This means that Stand-Your-Ground law has cleared the legislature and is headed to Governor Branstad’s desk!

What’s more, thanks to your constant calls and emails to the legislature demanding no weakening amendments — we accomplished much more than just Stand-Your-Ground law with the passage of HF517!

The legislature, clearly being aware of the enormous political clout gun owners wield in Iowa after last fall’s election results, passed Stand-Your-Ground legislation, as well as:

1.   Removing the current law that makes it a crime for parents and grandparents to decide when to teach children to shoot a pistol.

2.   Passing language that would remove the Governor’s ability to ‘suspend’ your gun rights during a natural disaster.

3.   Including Pre-Emption reform language that would prohibit cities and counties from enacting their own gun ban. While the enforcement of this is weak, it’s a great step forward.

4.   Instituting complete permit confidentiality for Iowans, requiring nothing less than a court order or your consent for your information to be divulged.

5.   Removing the current ban on carrying a handgun in the Iowa Capitol for anyone who has a permit. This has many legislators outraged, as they were happy to be the only people who could carry in the Capitol.

6.   Streamlining the permit and renewal process which has been clumsy and very inconvenient since ‘Shall Issue’ became law.

7.   Provisions to allow for Short Barreled Rifles (SBR’s) in accordance with federal law.

While this bill does not allow for Constitutional Carry that fight will convene immediately — and this bill is a giant step forward.

But we’re not done yet, as Governor Branstad needs to sign off on it!

That’s why I need you to contact the Governor’s office and urge him to sign HF517 into law right away. You can:

Please don’t think that this bill is a done deal having passed the legislature!

Gun owners in Wyoming were sorely betrayed last month by their “pro-gun” Governor who vetoed a pro-gun bill that passed through their legislature.

In South Dakota, “pro-gun” Governor Dennis Daugaard vetoed Constitutional Carry legislation just a few weeks ago — after it passed by wide margins in the legislature.

And last year, Georgia’s “pro-gun” Governor Nathan Deal vetoed a gun bill after it cleared the legislature, in a Southern state no less.

Here in Iowa, many anti-gun lobby organizations will be urging Governor Branstad to veto this bill.

Almost every large media outlet in the state will be doing the same.

And that’s not even counting the special interest lobby groups that are working behind the scenes trying to ‘make a deal’ to stop Branstad from backing this bill!

This fight isn’t over until it’s over and signed into law.

So contact Governor Branstad now, and make sure your friends and family do, too!

P.S. The legislature just passed Stand-Your-Ground law (HF517) as amended in the Senate by a vote of 57-35 (with 8 not voting), the result of a months-long grassroots battle!

Now the bill will go to Governor Terry Branstad’s desk for his signature.

But anti-gun organizations and the media will be working overtime to urge Governor Branstad to veto this bill.

Seeing how many other governors have done the same in recent years — we can’t take any chances!

Please contact Governor Branstad right away, using the information listed above, and insist the he sign House File 517 into law right away!

To help Iowa Gun Owners grow our grassroots army, please
forward this email to your friends.