Buy a Gun, Get Hit with a Red Flag Gun Seizure!

Buy a Gun, Get Hit with a Red Flag Gun Seizure! 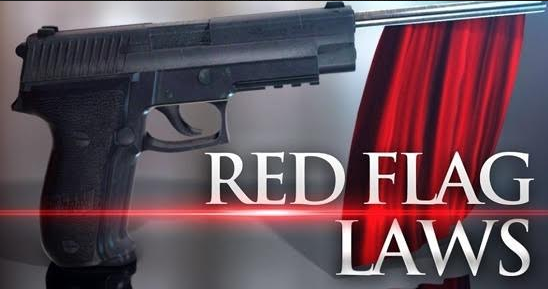 As nasty as ‘Red Flag Gun Seizure’ legislation is in general, I wanted to call your attention to one part of that bill we are fighting against here in Iowa, in particular.

Again, ‘Red Flag Gun Seizure’ laws would allow you to have your guns confiscated and your permits seized through secret, ex-parte court proceedings that you know nothing about — and before you’ve been convicted of a crime!

It destroys the cherished American concept of ‘innocent until proven guilty’ in a court of law, requiring that you go to court after the fact, and prove you’re not a threat to anyone.

But one part of this bill really caught my eye, and I wanted to make sure you were aware of it as well: the types of ‘evidence’ that can be used against a gun owner during these secret hearings.

Did you get that?

The mere fact that you own a firearm — or that you recently purchased a firearm — would be used against you in these ‘Red Flag Gun Seizure’ hearings!

I can hardly think of anything more disgusting, more un-American, than using your own Constitutionally guaranteed right to keep and bear arms as an inherent evidence against us when liberal judges try to take our guns away form us! 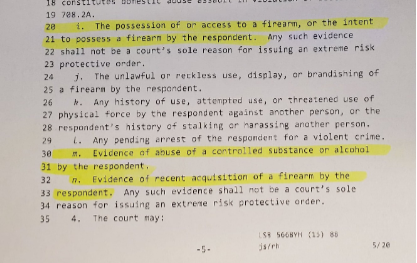 (The ‘Red Flag Gun Seizure’ bill filed in Des Moines (H.F. 2367) would allow rogue judges to seize your firearms using the fact that you own firearms as evidence against you!)

And that’s why we have been warning for some time that the gun-grabbers that we are confronting these days are not the same as the ones we confronted here in 2009-2012.

These America-hating radical socialists hate gun owners like you and me, and they want nothing less than to disarm every single one of us, making us utterly dependent on the government.

That’s why it’s essential that you help us fight back.

You see, it’s not enough for us to just kill this bill.

We need to do so with such force that everyone in the Capitol understands that to even think about advancing ‘Red Flag’ laws here in Iowa is a political death sentence.

>>> Sending your pre-written email to your lawmakers, again, insisting that they oppose H.F. 2367 at every point in the legislative process.

>>> Making a donation to help Iowa Gun Owners maintain our digital programs opposing this bill. We are mobilizing tens of thousands of gun owners about the dangers of this bill, but we can’t stop!

>>> And if you’re not a member of Iowa Gun Owners, please join up today! This fight is raging, and we need your support!

Remember, as we detailed in our alert yesterday, we need to be careful that we don’t fall for the same bait and switch game that has ensnared so many gun owners in other ‘red’ states.

What legislative moderates love to do is take away a couple of the worst parts of a gun control bill like this, then tell gun owners that ‘we’ve listened to you and made this bill better,’ hoping that we’ll be content with their fixes.

Let’s make this perfectly clear: there is no ‘fix’ that can make a ‘Red Flag Gun Seizure’ bill acceptable to gun owners!

That’s because at its foundation, this bill allows your guns to be confiscated and your rights stripped from you, before you’ve been convicted of a crime in a court of law!

Please help us kill this bill in such a way that gun- grabbers don’t even think about filing it again here in Iowa!

P.S. The ‘Red Flag Gun Seizure’ legislation (H.F. 2367) filed here in Iowa would allow liberal judges to confiscate your firearms before you’ve been charged or convicted of
anything.

Worse, this bill allows them to use the very fact that you own firearms as evidence against you in these secret hearings!

This is insane, and that’s why I hope that you’ll email your lawmakers again and insist that they oppose this bill!