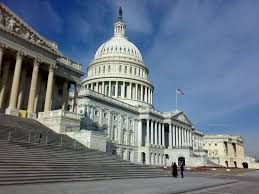 As we work around the clock trying to add Iowa to the growing list of Constitutional Carry states, we are also paying close attention to the war against gun owners going on in Washington, D.C.

That’s why I’m writing you today, as it appears likely that Congress will be holding hearings THIS WEDNESDAY on H.R. 8!

H.R. 8 is being sold to gun owners as an innocent ‘Universal Background Check bill’ that shouldn’t bother gun owners like you and me.

But the reality is far different.

This legislation is at the very top of the gun-control agenda being pushed by Nancy Pelosi and Michael Bloomberg, because far from being a harmless bill, H.R. 8 would create a database of every gun owner in America!

That’s because the bill would make it a FELONY offense to sell, load, or transfer a firearm to someone without first running a NICS check and adding that person’s name to the government’s database.

Want to sell your cousin a Remington 870 for pheasant opener here in Iowa? If you don’t first obtain government permission, you’d be a felon!

Want to trade a historic .22 rifle with your brother-in-law as many gun owners like to do? If you don’t first obtain government permission, you’d be a felon!

Pelosi’s ultimate goal is to create a system where every transfer of every firearm is run through a government database, to give them the ultimate list of who owns firearms in this country!

Before the government could ever try to confiscate firearms, they would need to know where they are, and that’s exactly what this bill would begin to do!

And with Congressman Loebsack and Congresswoman Axne already signing onto this bill as cosponsors, it’s vital that you email your congressional leaders and tell them to oppose H.R. 8 now!

Please understand the games that Pelosi is trying to play here.

The bill has been drafted so as to exclude firearms transfers between immediate family members within two degrees of consanguinity.

Far from being a good thing, this is very dangerous to our right to keep and bear arms.

Pelosi knows that the more egregious this bill is, the more gun owners will stand up and oppose it. Making it a crime for a grandfather to pass down his firearms to his son and grandson would anger millions of gun owners, for example.

By carving this type of transfer out of H.R. 8, Pelosi is trying to lull gun owners into a sense of calm, desperately hoping that you do not take action!

Don’t let her get away with this.

Send your PRE-WRITTEN EMAIL right away, telling your congressional leaders to oppose H.R. 8 and the entire gun control agenda being pushed in Washington D.C.

The moment they get a version — any version — of this bill passed into law, they will immediately set about to remove these carve outs and make this apply to all transfers.

They’ll simply find a case where a mass shooter obtained a firearm from a family member, and just like that, there won’t be any more carve outs and their dream of a national gun registry will be complete.

Michael Bloomberg didn’t spend 100 million dollars working to flip the US Congress only to pass half-measures.

And today’s gun control advocates, whether in Des Moines or Washington D.C., aren’t looking to pass half-measures, either!

They want to crush the Second Amendment, break the back of gun owners, and destroy our heritage of freedom and patriotism!

This bill is an attempt to do exactly that!

So please send your PRE-WRITTEN EMAIL right away, telling your lawmakers that you’re watching this closely, and that you’ll remember their votes on this bill in 2020.

And when you’re done, please make a donation to Iowa Gun Owners.

Cindy Axne is in one of the most vulnerable swing districts in the entire US Congress. We want to pour the pressure on her, to make sure she knows how many gun owners in Iowa are watching her votes on this bill!

For $100, we can send out 25,000 emails into her district, informing and mobilizing gun owners.

For $50, we can sponsor targeted social media efforts into her district, that can be seen by thousands.

Even $25 or $10 can help us crank up the heat using a combination of the programs listed above.

Whatever you can do, please make a donation here to help us spread the word!

P.S. Congress is likely to begin holding hearings on H.R. 8 next week — meaning Iowa’s congressional leaders need to hear from you NOW!

H.R. 8 is the top goal for Nancy Pelosi and Michael Bloomberg, as it creates a national registry of gun owners by requiring that virtually EVERY firearms transfer goes through a government check first!

Send this PRE-WRITTEN EMAIL to your lawmakers in D.C. right now, telling them to oppose H.R. 8 and any attempt to force law-abiding gun owners to put themselves into a government database!

Make sure you share this pre-written email with your friends, and urge them to take action, too!

And please make a donation to Iowa Gun Owners right away, so we can crank up the pressure on Congresswoman Axne!