Congresswoman Lee Wants to Force You to Lock Up Your Guns!

Congresswoman Lee Wants to Force You to Lock Up Your Guns! 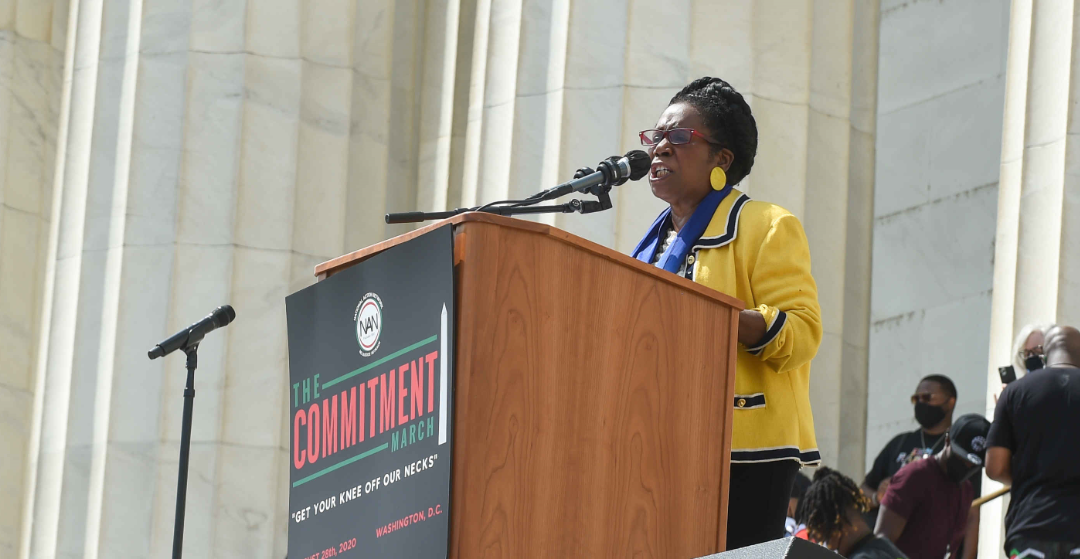 Snarling, America-hating socialists in Washington, D.C. are hoping to use their Congressional majority to destroy our Second Amendment freedoms once and for all.

And if gun owners don’t stand and fight, they just might get their way after Joe Biden gets sworn into office next week.

One of the first gun control bills to get filed is Congresswoman Shelia Jackson Lee’s H.R. 130 — which will likely force you to lock up your firearms 24-hours a day unless you are actively hunting or target shooting!

This bill is so new the final language isn’t out yet, but based on previous versions, we expect that this bill will turn tens of millions of gun owners into criminals for daring to have a gun next to their bed at night.

Help us flood Congress with emails against this tyranny NOW!

Imagine a pack of violent criminals breaking into your home at 2:00am, bent on robbery, rape, and murder. In most parts of the country, the police simply won’t be able to get there in time to save you.

For most Americans, you would immediately grab the handgun off your nightstand and confront the threat, defending your family.

But if H.R. 130 becomes law, you would be forced to unlock your gun safe, find your ammunition, and load your firearm in the pitch black — hoping to God you can do it in time.

But this is the mindset of tyrants like Congresswoman Lee and hundreds of other radical socialists in D.C. who think that 2021 will be their year to permanently weaken our Second Amendment.

They want to do everything in their power to disarm us — or put us in prison — for exercising our right to keep and bear arms!

And if you or your loved ones are harmed or killed because you are unable to get to a gun in time to defend yourself…well, they are just fine with that.

Don’t let them get away with this! Email Senators Grassley and Ernst — as well as your Congressman — right away, using our automated system!

When you’re done, please share this email with every gun owner you know and encourage them to send their emails, too.

Congresswoman Lee and her ilk hope to ram this bill through Congress at warp speed — help us fight back now!

P.S. Congresswoman Shelia Jackson Lee has pre-filed one of the most dangerous gun control bills you can imagine! H.R. 130 would force you to lock up your firearms in a gun safe 24 hours a day, with almost no exceptions!

Make no mistake, this legislation will get law abiding citizens killed by violent criminals who would never obey a law like this.

Out of control socialists like Congresswoman Lee and others who are pushing this bill hate gun owners like you and me — and they want to put us in prison!

FIGHT BACK! SEND YOUR EMAIL AGAINST THIS DISGUSTING BILL NOW!

Then become a member of Iowa Gun Owners and stand with us as we fight to defend our precious Second Amendment for the next generation. Join by going here.