Constitutional Carry Moving in the House?

Constitutional Carry Moving in the House? 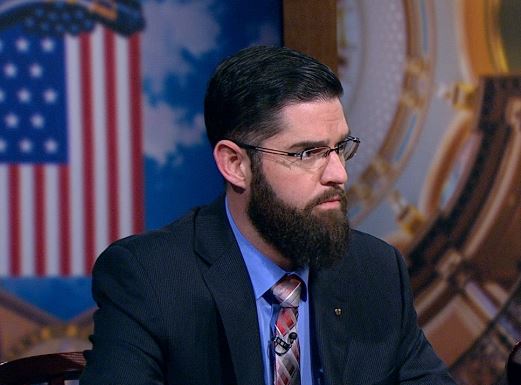 Former US Senator Everett Dirksen may have phrased it best when he said, “When I feel the heat, I see the light.”

Well, let me tell you, lawmakers in the Iowa legislature are seeing the light right now on Constitutional Carry law — especially in the House of Representatives.

A month ago, Speaker Pro-Tem of the House, Matt Windshitl, REFUSED to cosponsor Constitutional Carry and REFUSED to use the power of his office to encourage this bill’s passage.

A month ago, Windshitl arrogantly told me that our bill was going nowhere until the House passed his Constitutional Amendment language, a four year process!

And a month ago insiders then reported to me that Windshitl was working the House Republican caucus, trying to keep pro-gun lawmakers from cosponsoring our bill, filed by Rep. Jeff Shipley!

Since that time, South Dakota passed Constitutional Carry, becoming the 14th state to do so.

Oklahoma has also advanced this legislation through their legislature, and it will likely be signed into law there in a week.

Kentucky lawmakers have passed the bill through the Senate, and the House has pledged to take it up shortly.

And most important of all, Iowans have weighed in, sending an amazing 11,000 emails into the capitol demanding passage of Constitutional Carry!

And so, as we predicted earlier this month, House Speaker Pro-Tem Matt Windshitl has gone ahead and unveiled a Constitutional Carry bill –- clearly feeling the heat.

Thank you, so much, for helping up maintain the pressure on lawmakers and helping us get this far. But realize, we are not even close to finishing this fight.

You see, we’ve been here before.

In 2017, Windshitl introduced Constitutional Carry only to pull it at the last minute when the pressure mounted against the bill.

And it was Windshitl who, in 2018, convinced then Senate Majority Leader Bill Dix to pull Constitutional Carry from the agenda.

And in the past, it was Windshitl who said he was open to ‘Red Flag Gun Seizures,’ that he was open to banning bump stocks, and who almost tried to gut the immunity language from Stand-Your-Ground law!

In other words, we have seen Rep. Windshitl roll out good gun bills in the past, only to see those bills weakened, gutted, and carved up to please the media and anti-gun lawmakers.

So while it’s nice to see House leadership reacting to the heat as they clearly are, it’s important that we keep the heat ratcheted up so lawmakers know there is no wiggle room!

Help us do that, by sending this BRAND NEW PRE-WRITTEN EMAIL to your State Representative immediately!

As you’ll see, this brand new advocacy campaign tells your State Representative that you want immediate action on Constitutional Carry law — with no weakening amendments!

Some of you may be asking an obvious question, why are we supporting a bill being pushed by Rep. Windshitl given his history of weakening bills and supporting anti-gun legislation?

The answer is simple.

Others can argue about credit and bragging rights. We don’t care, as everyone in Des Moines already knows that the only reason this bill is advancing is because of IGO members!

But again, please understand that we are entering into a very dangerous portion of the legislative process.

This is the time where back room deals get cut and compromises are made, just like we’ve seen happen time and time again.

We want our freedoms back, now, just like lawmakers in fourteen other states have done for their citizens!

If you agree, please send your PRE-WRITTEN EMAIL to your State Representative now!

After you’ve sent your email, I need to ask for an immediate contribution to help us crank up as much pressure as possible.

We already have Republican lawmakers — like Rep. Norlin Mommsen — who are openly warring against this bill.

I need to roll social media programs in targeted districts now. And we need to be ready to roll radio ads and TV ads when this bill comes to the floor for a vote!

Whether you can donate $100 or $10, please take action right away. We’re closer than ever to reaching the goal that gun owners have fought for, for over ten years here in Iowa!

Help us crank up the heat right away with a generous donation.

P.S. Bowing to the pressure of tens of thousands of gun owners who have flooded the Capitol with emails, Rep. Matt Windshitl has rolled out his own version of Constitutional Carry!

This is a dangerous time, as this is where compromises to our freedoms are made time and time again, especially where Rep. Windshitl is concerned.

Please send your State Representative this BRAND NEW PRE-WRITTEN EMAIL right away, demanding action on this bill, with no weakening amendments!

And with Republican State Representatives now PUBLICLY opposing this bill, we need to crank up the pressure, so please make a generous donation NOW.