Constitutional Carry on the Move!

Constitutional Carry on the Move! 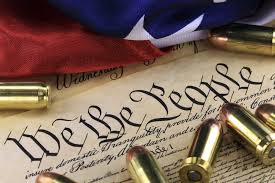 Texas legislators want to call a special session to pass it.

North Carolina voted it through the House yesterday.

The Wisconsin State Senate had their first public hearing on it just last week.

And gun owners in Michigan are making us look bad by passing it through committee and sending it to the House for a full vote soon.

“It” is Constitutional Carry, and this legislation is on the move across the country!

The next legislative session here in Iowa will be a critical one in the fight to advance Constitutional Carry.

Thanks to all of your support, Iowa just enacted the largest gun bill in its history — with the cornerstone being Stand-Your-Ground law.

I can assure you that next session some members of the legislature will try to say that, “We’ve done enough for gun owners for a few years” and try to bury Constitutional Carry!

That’s why Iowa Gun Owners is working to obtain 100,000 signed petitions in support of Constitutional Carry this summer, so that every legislator in the state knows what we expect of them next session.

I hope your signed petition is in that pile! More on that in a moment.

No more adding your name to a government database or paying fees just to exercise your constitutional rights.

And despite what the liberal media and anti-gun politicians say, Constitutional Carry does not result in vigilante justice and random shootouts in the streets.

Having been involved in Iowa politics for almost a decade, there’s one thing I know for sure — majorities come and they go.

Right now is the best chance that gun owners have had in almost 20 years to pass pro-gun legislation — thanks to the hard work of gun owners who removed so many anti-gun legislators from office!

But this window will not remain open indefinitely.

That’s why we have to build on the success that we obtained in 2017, by making the push for Constitutional Carry next session!

So please, take a moment to sign your petition in support of Constitutional Carry legislation now!

To be clear, Constitutional Carry would not eliminate the permit system that we have in place right now. It would simply make it optional. So if you want a permit you can still have one, but that would be your choice.

While we have a pro-gun legislature at the moment, the fight for Constitutional Carry will not be an easy one.

Anti-gun legislators and liberal media outlets alike made it clear all session long, that the one thing they despise more than Stand-Your-Ground law is Constitutional Carry.

Constitutional Carry will be a major political fight.

That’s why, in addition to your signed petition, I hope you will consider a generous donation to Iowa Gun Owners to help us mobilize as many people as possible between now and next session.

We are hoping to be able to deliver a mountain of petitions to the legislature when they reconvene, and we are using direct mail, email, and social media to do just that.

But after the expensive 2017 legislative session, we need your help.

So whether you can make a major donation of $500-$1000 as some generous supporters have already done, or whether $5- $10 is more appropriate for you at this time — please just do what you can right away.

Either way, please make sure to sign your petition, as that’s most important.

P.S. Constitutional Carry is on the move in states all around us right now!

Iowa Gun Owners plans to deliver a mountain of signed petitions to the legislature the first day of the 2018 session.

That’s why I hope you’ll take a moment and sign your petition in support of this legislation today!

And if you can, please consider a generous contribution to help us spread the word and mobilize as many gun owners as possible.