All over the country, entire police departments are being overwhelmed by mobs of criminals bent on violence, robbery, arson, and more.

Hundreds of buildings have burned to the ground in just the last week, with fire departments unable to get to them due to the mobs and concern for their physical safety.

In almost a dozen states, the National Guard has been called out in an effort to restore law and order. And while they were initially unarmed, that is quickly changing, too. 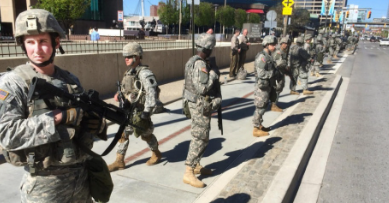 (A common sight in many American cities right now, as the National Guard has been called in to stop violent mobs.)

Despite this, arrogant politicians in Iowa like State Representatives’ Ako Abdul-Samad, Art Stead, Mary Mascher and others are pushing legislation to PUT YOU IN PRISON for the crime of owning an AR-15 or magazines that hold over ten rounds of ammunition!

Think of how tyrannical they must be to say that!

Large quantities of police with armored personnel carriers and full auto rifles can’t stop these thugs, but Iowa legislators want to incarcerate you for buying an AR-15!

And this isn’t just a bill they’ve filed to forget about, either.

Over the last few years, support for bills like this has steadily grown amongst the crazed socialists who occupy a growing number of seats in our legislature!

So if you’re not yet a member of Iowa Gun Owners, I hope that you’ll become one today, as we need all hands on deck!

Just some of the bills that have been filed during the current 2-year legislative session include:

>>> H.F. 125; which would put you in the state penitentiary for ten years for the ‘crime’ of buying an AR-15 or one of hundreds of similar rifles!

>>> H.F. 124; which would make you a felon for the crime of buying any magazine capable of holding over ten rounds of ammunition!

>>> H.F. 115; which would repeal Iowa’s decade old ‘Shall Issue’ legislation and send Iowa back to the era where a sheriff could deny you the right to carry a firearm for any reason they want!

Make no mistake: the politicians who are pushing bills like the garbage above hate gun owners like you and me, and they are committed to destroying our freedom and our way of life and they won’t ever stop! 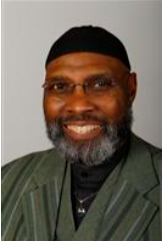 (Iowa State Rep. Ako Abdul Samad is one of the politicians in Des Moines who wants to see you sitting in jail for the ‘crime’ of buying an AR-15, while massive mobs are attacking people and burning down buildings nationwide!)

Iowa Gun Owners has been steadily holding the line against bills like this for twelve years in Des Moines, but this fight is intensifying, and we need your help.

If you are already a member, please make a donation today to help Iowa Gun Owner continue to fight for you.

But if you’re not, please consider becoming a regular member today!

For many Iowans, the last few days have shown them what most gun owners have always known: at the end of the day, the government cannot be counted on to defend your family.

P.S. Large numbers of armed cops have been unable to stop mobs of violent criminals as they’ve wreaked havoc in cities all over America over the last few days.

Here in Iowa, the authorities have been using tear gas, flash bangs, dogs, armored personal carrier and more — and criminals are still breaking into businesses and assaulting people.

Despite this, some Iowa politicians want to PUT YOU IN PRISON for the crime of owning an AR-15 or 30 round magazines, tools that countless Iowans are holding close during these days!

If you’re not yet a member, become one today!

If you are a member of Iowa Gun Owners, consider an emergency donation now!