Don’t Forget What Axne and Finkenauer Did!

Don’t Forget What Axne and Finkenauer Did! 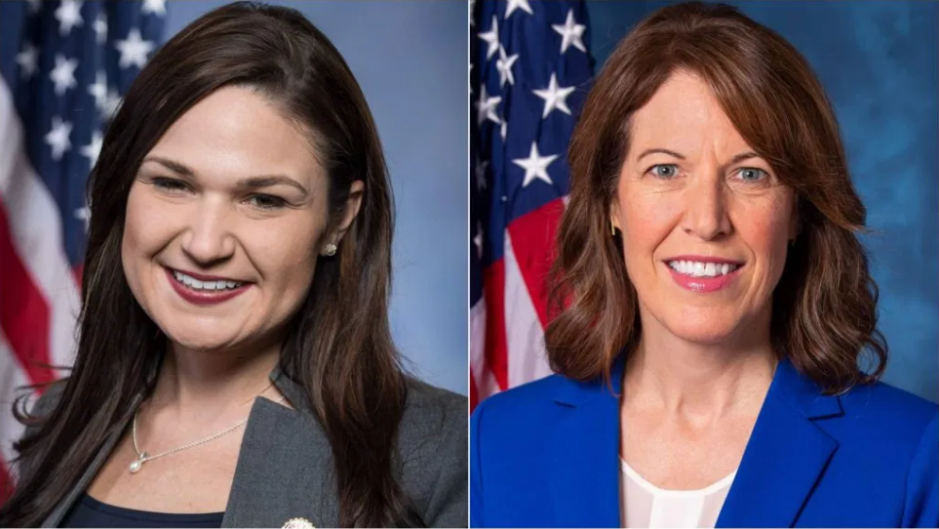 We’re low on time today but wanted to make sure that you didn’t forget about the non-stop barrage of attacks that Cindy Axne and Abby Finkenauer waged against our gun rights over the last two years.

From backing a ban on our AR-15’s to trying to pass a national gun owner database, Cindy Axne and Abby Finkenauer have been on the front lines in the war against the Second Amendment!

Please take a moment to read this email that we sent to you about a year ago right now, to see just how committed both Axne and Finkenauer are to putting law abiding gun owners like you in prison.

Then share this email with every gun owner you know!

With the 2020 legislative session right around the corner, much of our attention will be focused on the fight for gun rights in Des Moines for the next few months.

But in the meantime, we can’t forget about what’s going on in Washington, D.C. as the radical gun control crowd is pushing the most dangerous legislation we’ve ever seen.

This legislation is the ultimate dream of radical leftists in Washington, D.C. and in state capitols all over this country.

That’s because this bill would put law abiding gun owners in prison for TEN YEARS for the ‘crime’ of owning an AR-15 or any one of over 200 other specifically named firearms, as well as any magazine that holds over ten rounds of ammunition!

This bill is so broad that even the possession of a Ruger 10/22 rifle with a 25-round magazine would see you locked up in a federal penitentiary!

I don’t know about you, but I’ve had a Ruger .22 with the 25-round BX magazine in my pickup since I was sixteen years old. I still have that rifle and intend to pass it down to a grandson some day.

But if this bill passes, I would be a felon facing ten years in prison just for owning that rifle.

This legislation is insane, but that doesn’t mean that it’s not very popular in Washington. In fact, this legislation has almost 250 cosponsors between the House and Senate.

But this bill isn’t just being run by Nancy Pelosi, Adam Schiff and other liberals from the East and West Coast.

In fact, Cindy Axne, Abby Finkenauer, and Dave Loebsack are all championing this legislation, and have added their name as cosponsors!

(Iowa Congresswomen Abby Finkenauer and Cindy Axne are pushing Nancy Pelosi’s radical H.R. 1296, legislation that would send you to a federal penitentiary for 10 years for owning an AR-15 or a magazine that holds over 10 rounds!)

Both Finkenauer and Axne only signed onto this legislation early this fall, delaying as long as possible because, as insiders reported to us, they were hoping that no one would notice their support of this radical legislation.

We noticed that you want to put us in prison for a decade for owning .22 rifles.

We noticed that you want to put us in prison for a decade for having a standard 15-round magazine in our Glock 19, one of the most popular concealed handguns in the country.

And we noticed that you have broken every promise you ever made about fighting for Iowans, and that you’ve been nothing but a pawn for Nancy Pelosi’s socialism agenda since the day you walked into the Capitol.

Despite having hundreds of cosponsors, the Pelosi-controlled House of Representatives is not bringing this bill up for a vote any time too soon.

Insiders tell us that they are worried about having their conference on the record for this radical bill, when the bill would go nowhere in the US Senate.

Pelosi’s radicals are pausing on this bill right now, trying to decide how much blowback this will cause as they approach the 2020 elections.

They are right to be concerned.

Cindy Axne won her election by 2.2%, and Iowa’s 3rd Congressional district is one of the most competitive districts in the nation.

Finkenauer won by a larger margin, but at a margin of just 5%, she can’t afford to enrage tens of thousands of gun owners, either.

Now is the time for us to pour on the pressure.

Please share this email with every gun owner you know!

This legislation would put you in a federal penitentiary for TEN YEARS for the ‘crime’ of owning an AR-15 or hundreds of similar firearms, or any magazine that holds over 10 rounds of ammunition!

Make sure that every gun owner in the state has this information, by forwarding this email immediately!