Every Iowan Needs to Be Engaged NOW!

Every Iowan Needs to Be Engaged NOW! 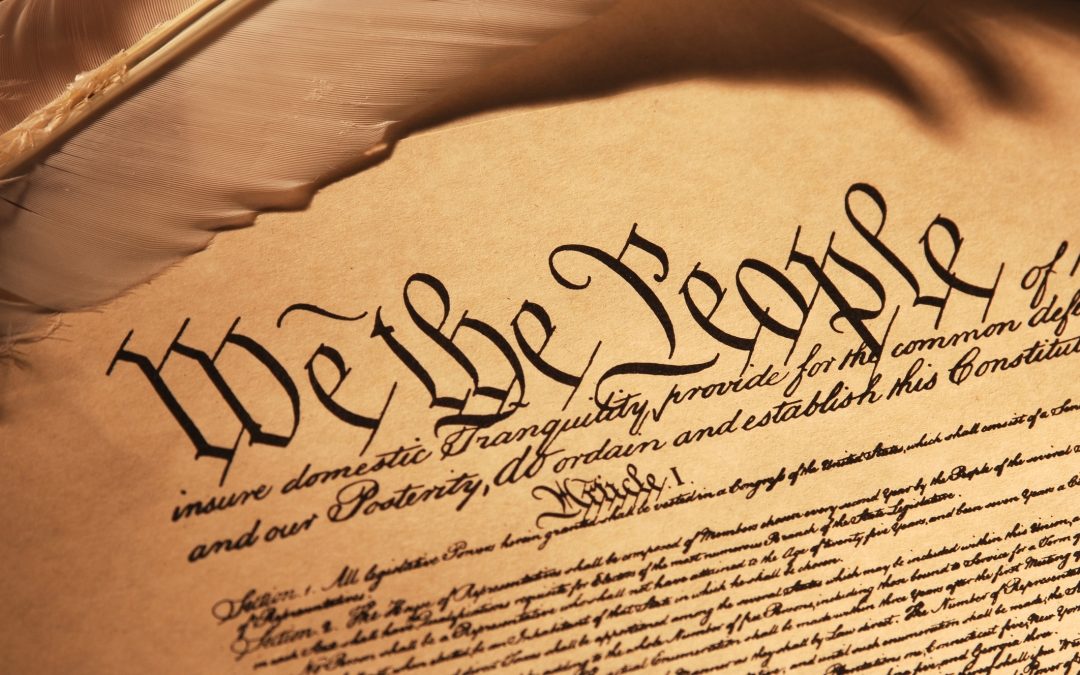 The fight for the Second Amendment is hotter right now in the state legislature in Des Moines, and in Congress, than at any time in my thirteen years of fighting for the right to keep and bear arms!

At the state level, thanks to your unrelenting grassroots pressure, Constitutional Carry law has passed the committee process in the House and Senate and the sponsors are telling us that a final floor vote should come very soon.

This was aided by a two week radio campaign that IGO members funded, on 1040-WHO and other stations, which saw an avalanche of calls land on the Iowa House switchboard.

IGO members have also done a fantastic job at pulling the curtain back on the non-stop litany of gun control bills that are being filed in Des Moines, shutting them down hard with a massive round of pre-written emails into the Capitol.

We’ve also had our Second Amendment Preservation Act — a vital component in our fight to protect state level gun rights from Joe Biden’s attacks -– filed in the House.

With so much going on we are spending our donor resources at a frantic pace and that’s why I’m writing today — to ask you to make a special donation to help Iowa Gun Owners FIGHT FOR YOU!

Thousands of you have made generous and repeated donations over the last few months, and so I certainly understand if you can’t send any additional support right now.

But for those who can, now is the time.

You see, in addition to our work in Des Moines, Iowa Gun Owners is doing everything we can to stop Joe Biden’s war on guns in Congress, too. It doesn’t do a lot if Iowa’s gun laws are strong, only to see them destroyed by federal tyranny.

Our latest digital/social media campaign was just released and is quickly spreading across the state and is helping to inundate the Iowa Congressional delegation with calls against gun control, too.

In addition to all of this, we are working with some of the most ferociously pro-gun members of Congress to see beautiful pro-gun bills filed in Washington, D.C.!

One of these bills is H.R. 993, filed by gun rights superstar and Georgia Congresswoman Marjorie Taylor Greene. Greene’s bill, which Iowa Gun Owners helped draft, would prevent federal taxpayer dollars from being used to carry out Biden’s war on gun owners. 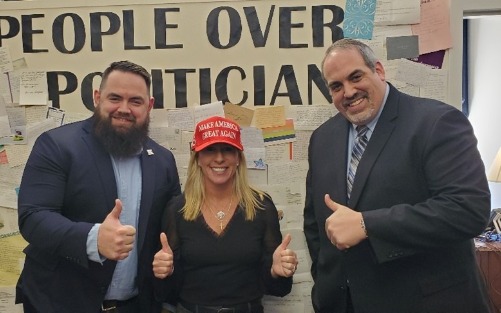 (IGO’s Aaron and Chris Dorr, in Congresswoman Greene’s office last week, working on some of the best pro-gun legislation that you will see filed during this congressional cycle!)

And this is just the beginning.

Congresswoman Greene has more pro-gun legislation coming out in the coming weeks that will shake the ground in Washington, and that will allow gun owners to see which Republicans are on our side and which ones are just farming gun owners for votes!

Now, more than ever, it’s vital that we keep pushing our pro-gun politicians to take bold stances on our gun rights. IGO will be rolling out additional digital and social media campaigns towards this end in the coming days, too.

Everything that Iowa Gun Owners is doing is only made possible by the incredible members of this organization, who give us the resources to fight for you!

YOU are the reason we can run radio ads on Constitutional Carry across the state of Iowa, bringing this bill to the brink of passage in Des Moines!

YOU are the reason why tens of thousands of calls, emails, and petitions are slamming into Iowa’s Congressional offices each week, insisting that Iowa’s delegation oppose Biden’s gun control!

YOU are the reason why gun control legislation is dying an aggressive death in the State Capitol right now!

I can’t thank you enough for all that you’ve done already this year. But the fights in Congress are only heating up, and the Iowa legislature has close to two months left on their schedule.

And at the pace we are spending money right now, I need to ask you to consider making an immediate donation to Iowa Gun Owners to make sure that we can maintain this non-stop fight for the Second Amendment!

I don’t know what the future holds.

But I know that whatever happens, the members of Iowa Gun Owners can hold their heads high and tell their children that they stood up for freedom and fought like hell to defend our great Second Amendment!

Thank you, in advance, for your continued support of Iowa Gun Owners!

P.S. Between our fight to finally pass Constitutional Carry law and hold the line against Joe Biden’s war against gun owners, Iowa Gun Owners is spending our donor resources quickly!

Your support has enabled us to do so much here in Iowa, and in Congress, to stop gun control and advance our gun rights.

But we’re in the thick of it right now, and that’s why I hope that you’ll make an immediate donation to help Iowa Gun Owners continuing firing on all cylinders!

Thank you for everything you’ve done to support the work of Iowa Gun Owners, and thank you, in advance, for your continued support!