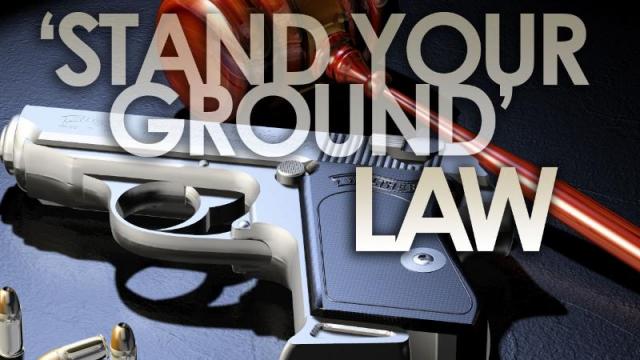 “Stand-Your-Ground law is a simple concept, but one that was vigorously opposed by anti-gun legislators for years. Gun owners made their voices heard by removing over half a dozen State Senators who had opposed this bill, since 2014. This is their victory.” -– Aaron Dorr, Executive Director, Iowa Gun Owners

(Des Moines, Iowa) – With the Governor’s signature on HF 517 earlier today, Iowa will soon become the latest state to adopt Stand-Your-Ground protections into the criminal code, a necessity for law abiding gun owners.

“It’s a great day for gun owners in Iowa,” said Aaron Dorr, Executive Director of Iowa Gun Owners, a Des Moines based non-profit whose members have been pushing for the change for years.

“For too long, an anti-gun Senate held this bill back, falsely spreading the idea that this bill would lead to vigilante justice and an uptick in violence. Of course, gun owners heard all that before when Iowa adopted ‘Shall Issue’ legislation in 2010. Anti-gunners and their hysterics were wrong then and they are wrong now.”

The bill, which contains a variety of Second Amendment expansions, brings about Stand-Your-Ground law by removing the duty to retreat from any place a person is lawfully allowed to be. The legislation also provides for criminal and civil immunity for gun owners who are justified in their use of force.

Said Dorr, “This legislation won’t benefit a single criminal who tries to claim a Stand-Your-Ground law defense despite what some are saying, the bill makes sure of that.”

“The passage of HF 517 marks the biggest expansion of gun rights in Iowa history. Gun owners have proven themselves to be highly organized and happy to hold legislators accountable if they refuse to back their Second Amendment freedoms. Consequently, the future for the Second Amendment in Iowa looks very bright,” concluded Dorr.