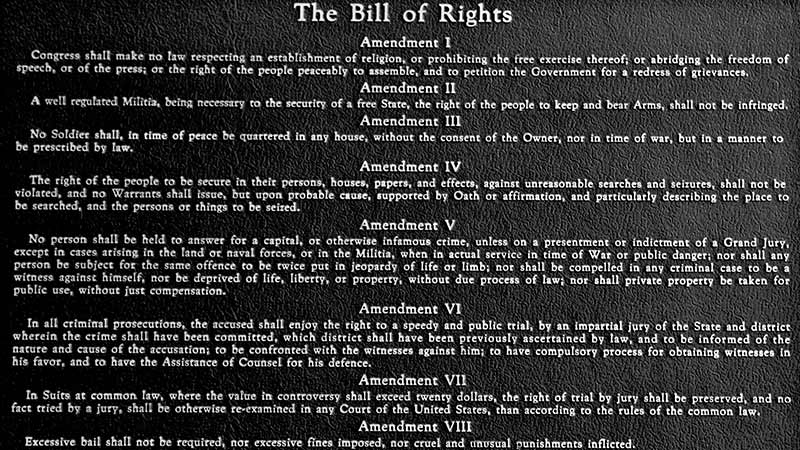 It’s been some time since a county or city here in Iowa tried to ban guns in public places.

The word got out in 2014, after the members of Iowa Gun Owners shut down seven such attempts in a row, that gun owners are sick and tired of being treated like second class citizens and will take action to defend their freedoms, often embarrassing anti-gun local officials in the process.

So did towns like George, Tama, Burlington, West Chester and others.

After gun owners resoundingly defeated each of these attacks on their rights, anti-gun cities and counties simply quit trying to crack down on gun rights at the local level.

That’s why I need you to join with your fellow gun owners in taking immediate action to prevent a proposed county gun ban from taking effect in Winnebago County in North Central, IA!

Here’s the situation. Late last month, the Winnebago County Board of Supervisors voted to overturn their policy of banning guns in all county buildings.

Referring to the immense cost of setting up and permanently staffing controlled entry points, the Supervisors basically acknowledged what we all know to be true: allowing citizens to carry defensive firearms is the surest way to stop violent criminals.

Now, just one month later, the Winnebago County Board of Supervisors is about to break to the will of a handful of misguided county officials who are demanding that all county buildings in Winnebago be named “gun free zones.”

By extension, this will almost assuredly effect county parks, county conservation areas, sporting venues and other county locations that will fall under this heading – leaving you and your family defenseless in a whole host of situations.

Of course, these “gun free zones” are downright dangerous as every Iowan knows.

This summer four service members were killed in a “gun free zone” in a military recruiting center in Tennessee.

Nine more died earlier this year in the shooting inside of a South Carolina church – where guns are off-limits for law abiding citizens.

But not only is the Winnebago County plan to ban guns dangerous – it’s against state law!

In other words, there is no way that Winnebago County can legally ban your right to carry inside county buildings as state law says that you can carry there with your permit.

Clearly, the county officials pushing the gun ban are either unaware or just don’t care about the state code.

In addition, this attack on the 2nd Amendment is also an insult to the thousands of gun owners in Winnebago County whose tax dollars are the ones paying to build and maintain these buildings.

These buildings belong to the people of Winnebago County – and it’s high time the county employees who work for those people remember that.

But I need you to act fast!

During the October 6 supervisors meeting, Supervisors’ Mike Stensrud and Bill Jensvold made it clear that they support the proposed ordinance!

That’s why I need you to act immediately, before the next county supervisors meeting, to help stop this proposed gun ban from being made official!

Please help us by contacting the Winnebago County Supervisors, using the information below:

Please feel free to leave the Supervisors a message on the county Facebook page also!

Sometimes gun owners believe that if they aren’t a part of the local community this issue doesn’t impact them, therefore they don’t think they should be calling or emailing the local officials.

But that’s not the case!

If one county or town moves to enact a new gun ban and faces no organized outcry, then other towns and counties across the state will begin to do the same thing.

It’s a domino effect that we simply can’t let get started!

That’s why I need you to contact the Winnebago County supervisors using the information above. If you’re a resident, remind them that they are elected to work for you and that you’re insulted at the implication that law abiding gun owners are a threat to county employees.

Remind them that their actions are in violation of state law as well.

If you’re an Iowan who doesn’t live in Winnebago County, be sure to tell them that you’ll not stop there again while traveling on business or personal travel if this is how the county treats gun owners.

Remind them of Iowa law, and make sure they know that you’ll notify every gun owner you can think of about this insulting policy!

I hope you’ll take action right away – the Supervisors could take action on banning your gun rights at their meeting next Tuesday.

Once you’ve called, please notify every gun owner you know of and get them involved in this effort too. Working together is how we’ve stopped every local gun ban introduced here in Iowa over the last couple of years.

In addition, I hope you’ll consider chipping in a contribution to help us get the word out by mass email, sponsored social media posts, and boots on the ground should that become necessary!

Your contribution of $10 or $25 will go a long way in helping me make these programs possible.

Either way, please make your calls and send your emails right away, that’s most important!

P.S. The Winnebago County Board of Supervisors is bending to pressure and is about to institute a gun ban in all county buildings. Board meeting minutes make it clear that Supervisors’ Mike Stensrud and Bill Jensvold are already on board with this proposal!

By extension, this will almost assuredly effect county parks, county conservation areas, sporting venues and other county locations that will fall under this heading – leaving you and your family defenseless in a whole host of situations.

Besides being the location for virtually every mass shooting over the last 25 years, “gun free zones,” like the one being considered by Winnebago County, are illegal in light of Iowa code 724.28.

Gun owners have stopped every local gun ban in Iowa over the last two years and I hope I can count on you to act again to stop this one – before a domino effect begins to move across our state!

Please help us by contacting the Winnebago County Supervisors, using the information below:

You can also leave them a message on their county Facebook page.

Insist that they immediately stop this attack on gun owners – not to mention the insult to the taxpayers in Winnebago Co. who pay to build and maintain all of the county properties!

Once you’ve made your call, please consider a donation to Iowa Gun Owners of $10 or $25 to help us spread the word!