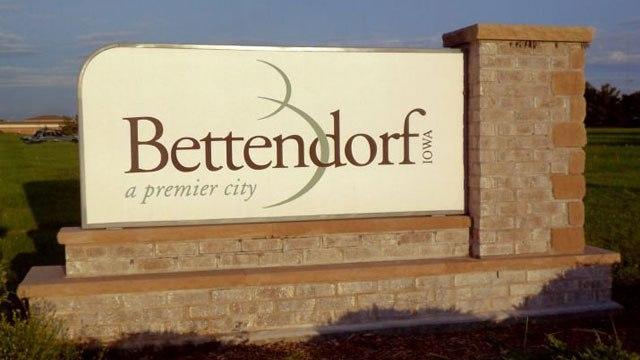 There’s a lot going on in the Capitol right now on gun legislation that we’ll update you on later tonight — but this is an urgent request from gun owners in Bettendorf.

I hope that you’ll read this brief email, and take immediate action!

Tonight, at 7pm, the Bettendorf City Council will be taking the first step in the process to make it illegal for you to carry or possess in all ‘public spaces’ a number of different items.

This proposed ordinance would modify Bettendorf code section 5-5A-4 and would be a criminal violation should you be found in violation of this section –- meaning that you would have to pay fines to the City for this ‘crime.’

Bettendorf is trying to do what Burlington tried to do a few years back, take the initial steps to criminalizing the very activities that many people engage in here in Iowa.

While they do have a carve out for permit holders, it would be a crime for your kids to play “airsoft” games in a park or any public space!

Shucks, it would be a crime for you to even allow your kids to have an airsoft gun in your car!

Headed to a shooting event with your son and his BB gun laying in the backseat, that would be a crime under this provision.

Since the gun ban includes even replica guns, that means that the toy guns that my boys play with virtually every time we leave our home would also constitute a criminal violation if I’m caught.

It’s simply one more step in a progressive push to demonize gun owners and try to further stamp out our proud history of supporting the Second Amendment here in Iowa.

Insiders are reporting to us that this all stems from a mentally disturbed man who staged a robbery at the Home Depot late last year.

The suspect was armed with a fake gun and was apparently seeking to commit suicide-by-cop. Only after shooting the mentally disturbed suspect, was it determined that the gun in question was a replica.

But that has zero bearing on the thousands of gun owners who live and work in Bettendorf.

And, with all due respect to the police department who is pushing this change, anyone who thinks that a mentally disturbed and suicidal man will not act out because of a silly city ordinance is not thinking rationally.

The gun owners in Bettendorf that called our office are asking for your help. They hope that you’ll contact the City Council via phone, email and Facebook before tonight’s meeting!

And don’t forget, this applies to all Iowans, not just the ones who live in Bettendorf.

Your hotel dollars spend just fine in nearby Davenport.

Same thing goes for your restaurant dollars, gas station dollars, and so on.

Make sure the council members know that you’ll keep their hostility to gun owners in mind when traveling through Eastern Iowa should they enact this new law.

More than that, gun owners are a family here in Iowa.

We’ve battled proposals like this from George to West Chester, Kalona to Hubbard.

And every time gun owners in another community have asked for your help, you’ve risen to the challenge.

We need to do the same thing here, because if one city council can do this without pushback from gun owners, there’s nothing to stop your city council from trying it!

So please contact the Bettendorf City Council right away, and insist that they vote down this silly proposal and stop trying to blame law abiding gun owners for the action of a deranged criminal.

Please call, email and send a Facebook message to:

And when you’re through, please contact your legislators and insist that they fix the absolute mess that House Speaker Pro-Tem Matt Windshitl made of the pre-emption reform language in the omnibus bill last week.

You see, in the omnibus bill as written, Bettendorf would no longer be able to even try a stunt this like this as the new pre-emption language would prevent them by law.

But after Rep. Windshitl made his deal with anti-gun forces in Des Moines in committee last week, that language is gone.

Instead, you’re now expected to sue the city council to stop them at your own expense.

Now is our chance to fix this problem in Iowa code. Please make sure your legislators know that you expect them to do just that!

Please take action fast — gun owners in Bettendorf are counting on you.

P.S. The Bettendorf City Council is meeting tonight to discuss amending city code to make it a crime to own or possess all manner of airsoft guns, BB guns, replica guns, and more on all ‘public space’ including city streets.

This is so broad that if your kids are playing with some knock off toy guns that you bought at Wal-Mart in the back seat of the car, you could be cited and fined.

This is just the latest town to try to demonize gun owners and blame them for the problems of real-life criminals.

Please contact the city council immediately — using the information provided above — and insist that they vote this proposal down!

Remember, if they can get away with this here, your town may try it next — so call them regardless of where you live.

Make sure they know that you’ll not be spending any money in a town that harasses gun owners like this.

And please consider joining Iowa Gun Owners, if you’ve not already done so, by clicking the box below.