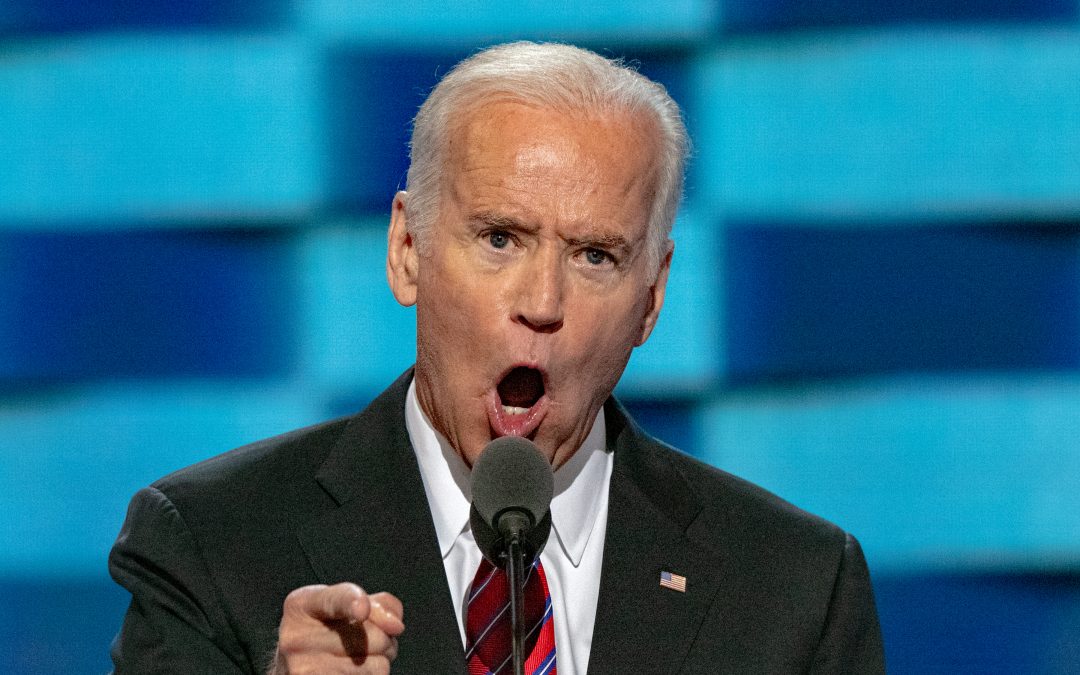 When a violent criminal shot and killed multiple people at a series of Georgia massage parlors last week, you could all but hear the gun-grabbers inhale deeply, praying that the shooter used a gun bought in a private sale.

After all, these sickos would love nothing more than to use the death of these Georgia women to advance H.R. 8 — Joe Biden’s national registration bill — which is stuck in the Senate.

You can imagine how furious the gun-grabbers were when the police announced that this monster walked into a gun store earlier that same day and bought a handgun from a dealer, which requires a background check.

Of course, this is almost always the case. Virtually every ‘mass shooter’ of the last decade bought his guns legally, proving how utterly worthless background checks are at stopping crime.

Unable to use this shooting as justification to pass H.R. 8, Nancy Pelosi and the America-hating socialists in D.C. are hoping to use this event to advance another of their long term goals: mandatory waiting periods on gun sales!

While the radical left is working to disarm as many of us as they can through gun registration schemes, bans on ‘assault weapons,’ and ‘Red Flag Gun Seizures’ they are also hoping to make it harder for Americans to buy guns in the first place.

Mandatory waiting periods on handgun sales — whether it’s 3 days, 7 days, or 30 days — is another way that they can clamp down on our right of self-defense!

Criminals won’t be bothered by these silly delays, of course. They can wait three days to attack their victims or steal a gun or get one from another criminal.

Several years ago, a New Jersey woman named Carol Browne was stabbed to death in her front lawn by a crazy ex-boyfriend who could attack the unarmed and physically smaller Browne with ease.

Browne knew that her ex was stalking her, and immediately applied with her local police department for a pistol permit, while also installing security cameras and obtaining a no-contact order. But the anti-gun bureaucrats dragged their heels simply because they could.

Browne went back to the police department a month later, only to be told that she had to wait even longer. Two days later, she was dead. Her brand new security cameras captured her bleeding out on the lawn, as her attacker fled.

Some may be tempted to think, ‘Well, that’s New Jersey. That’s not how it is in my state.’ And while that’s true today, if Nancy Pelosi can pass H.R. 1752, every gun owner in America will suffer under this same tyranny!

What’s especially dangerous about waiting period bills like this is how much support they draw from Republicans.

Most Republicans know they can’t easily vote to ban AR-15’s or put every gun owner in America into a federal database without paying a severe price at the ballot box.

But bills like these often attract the support of backstabbing moderate Republicans who are desperately trying to find a ‘common sense’ gun bill that they can support, as they are more concerned about praise from CNN than they are fighting for gun owners.

IGO’s sister organization in Wyoming, Wyoming Gun Owners, had to quash a 3-day waiting period bill in Cheyenne just last year that was sponsored by Republicans. And you can bet that with  the current push for gun control in D.C., weak Republicans may flock to this legislation if they don’t hear from gun owners!

Then make a donation so we can make sure that every gun owner in Iowa is aware of this bill and is taking action against it.

The raging socialists in Congress are determined to crush our gun rights any way they can and passing H.R. 1752 is just the first step toward their long term goal.

If we can defeat this legislation, it helps to weaken them for the other gun control bills that they desperately want to pass into law while they are in control of Congress!

P.S. Once the left learned that the Georgia massage parlor shooter passed a background check and that they couldn’t use that situation to advance H.R. 8, they pivoted, and hope to use this to force waiting periods onto law abiding Americans.

H.R. 1752 would make it a crime for Iowans to buy a handgun unless they waited three days, first. While this won’t slow a criminal down for a second, it is certain to get Iowa women raped and murdered, while waiting for ‘permission’ to buy a gun!

After you sign your petition, you’ll receive the option to donate, to help us oppose this bill. Please be generous.