Help Us Draw a Line in the Sand!

Help Us Draw a Line in the Sand! 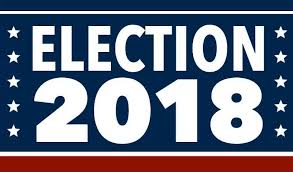 I know it seems like school just started last week and the heat just dropped out of the 90’s yesterday, but we’re already a week into October.

That means that the election season is almost upon us. In fact, early voting is just days away.

You see, in Iowa, over 40% of all votes cast in the general election are done via early voting. This year, some estimate that that number may top 50%.

What that means for you and me is that gun owners — tens of thousands of them — are going to make their choices on who to support in the legislature very soon!

It’s essential that gun owners have the facts about how their legislators have voted in office.

Iowa Gun Owners has been preparing for this for a while now, and I want to let you in on the tools that we’re using this fall to hold the line here in Iowa  — and to ask you for your help!

This program has been wildly successful, as former Senators like Mike Gronstal, Steve Sodders, Daryl Beall and many others can attest to.

The fight for gun rights here in Iowa and across the country all changed last February — when a madman shot and killed 17 people in a Parkland, FL school.

Within hours, Constitutional Carry legislation was dead for the year here in Iowa.

Within days, anti-gun lawmakers began to file legislation to repeal Iowa’s hard won ‘Shall Issue’ law and gubernatorial candidates were calling for a repeal of Stand-Your-Ground law.

And within weeks, thousands of Bloomberg-funded activists descended on the Capitol in Des Moines in a massive rally calling for radical gun control.

Of course the liberal media outlets in Des Moines like KCCI, The Des Moines Register and many others began to beat the gun-control drum.

In other words, in the space of one legislative session, the momentum completely shifted and now gun owners in Iowa are on defense for the first time in ten years!

That’s why it is vital that gun owners hold the line now.

If gun owners remove more anti-gun incumbents from office this fall, it will be the wake up call the lawmakers in Des Moines need to regain the momentum and advance Constitutional Carry!

Last weekend, I told you where we are hoping to concentrate most of our firepower over these next couple of months and why.

But now I want to pull back the curtain a little bit and show you what actual steps we hope to take to get the word out about these anti-gun incumbents.

While it may be free for you and I to email our friends, when you send out emails by the tens of thousands, the costs quickly mount.
While regular posts cost nothing, to make sure that our fact-filled videos and other posts are seen by a massive number of gun owners, we’ll need to sponsor them heavily. While this is one of the cheapest ways to educate gun owners, the costs will add up fast.
I can’t show you any of the slicks that we’re deploying this year since we don’t want to tip off anti-gun lawmakers who are reading these emails — but I can assure you they will be some of the hardest hitting flyers you will see this election season.
We intend to massively expand the size of our mail operation over the next 7 weeks, providing page after page of details about what specific anti-gun legislators have done to attack the 2nd Amendment.
While it’s more expensive than email or Facebook, nothing does more to get detailed information in front of gun owners than direct mail!

Of course, if we filled our ads with mushy sound bites like other groups do in Iowa, they’d be a complete waste of money.

But our ads are anything but mushy!

If you’ve never heard the kind of ads we’ve run during election season, check out this one from 2016! Getting these ads up in targeted districts will be a major component of our election program.

Sure, they are more expensive than the other tools that we’re using, but that’s because you can reach out to a massive number of gun owners with one 30-second spot.

And we all remember how devastatingly effective these were in 2016. Check out this one, from the Steve Sodders district.

These are some of the tools that we are going to be employing, as we work to expose anti-gun incumbents!

All of these tools cost money, and all of them are completely necessary.

As I said above, the gun rights battle in Iowa has changed radically this year from an offensive fight to pass Constitutional Carry to a defensive battle to preserve the freedoms that we still have.

Weak-kneed lawmakers, scared of the liberal news in the weeks following the Parkland, FL, shooting have ceded the field — and Bloomberg-backed activists know it.

That’s why you have candidates here in Iowa calling for a ban on the AR-15, a ban on magazines over 10 rounds capacity, universal firearms registries and much more — things NO ONE was calling for in 2017.

If we don’t push back right now, and push back hard, we are going to get steamrolled in 2019.

We have to act now.

In this email, we have shown you exactly what kind of tools we are going to use in this fight.

The only question now is, can you help us put this program into place?

A $5,000 donation will enable me to deploy over 10,000 pieces of direct mail into the hands of gun owners — enough to cover an entire Senate district — giving them page after page of all the details that their incumbent legislator is trying to hide from them!

A $2,500 donation will allow me to deploy saturation levels of ‘slicks’ into a targeted district.  I can promise you that wherever you live in Iowa, you’ll be able to hear the shrieking from the anti-gun crowd when these hit the mailboxes.

For $1,000 I can deploy over two dozen radio spots in one of our targeted races. I gave you a sample to listen to above. You know how devastating these will be. How much would you enjoy knowing that YOU were the one that made that happen?

I know I’m asking for a lot.

I wouldn’t be asking for it if I didn’t need it.

Some of you have the ability to underwrite a sizeable portion of our program using one of the options above; in fact, some of you already have.

But you should know that for $250 I can deploy over 50,000 emails, blanketing Iowa with the facts about where anti-gunners stand.

Whatever you can do — now is the time!

Thank you, in advance, for standing with us in the fight to defend the 2nd Amendment here in Iowa!

P.S. With the cries for gun control getting louder by the day in Des Moines following a series of high profile shootings, it’s vital that gun owners regain momentum!

That’s why I wanted you to see the program that Iowa Gun Owners plans to roll out in targeted districts across the state — to expose anti-gun lawmakers for their attacks on our gun rights.

If we don’t push back hard, right now, we are likely going to have a disaster on our hands in 2019 and beyond.

Our program is layered and combines everything from mail to TV ads, slicks to sponsored Facebook ads — and it hits hard — just ask former Senators Steve Sodders and Mike Gronstal!

But I need your help to put this into action, so please make an investment in our Second Amendment freedoms TODAY!