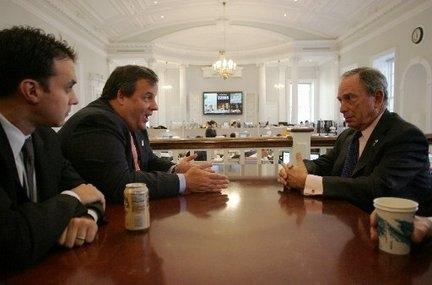 Imagine getting a call in the middle of the night from your 27 year old daughter, who tearfully told you that she’d mistakenly carried her concealed firearm into Illinois as she traveled with her children to go visit a friend, and had been arrested for it!

As she sat in the Illinois State Police holding cell the details poured out: it was late, she was traveling on I-74 through Peoria, was pulled for a traffic infraction, and when handing the trooper her license and insurance information she volunteered that she had a concealed handgun in the car, as she handed him her Iowa permit to carry.

But instead of thanking her for telling him about the firearm, the trooper pulled her out of the car and arrested her on the spot for carrying concealed without a valid permit in Illinois.

Of course, you and I know that an Iowa permit doesn’t cover you while traveling in Illinois, but your daughter didn’t. Now, she is facing a whopping 10 years in state prison for her “crime.”

This nightmare is being lived out right now, in New Jersey, by Shaneen Allen, who volunteered to a New Jersey trooper that she had a concealed firearm when stopped for a traffic violation.

But when Ms. Allen produced her concealed carry permit from her home state of neighboring Pennsylvania she was arrested.

The Allen case has become a national story in the gun rights community over the last few weeks, as now this mother of 2 is facing a 10 year prison sentence!

At first, Ms. Allen and her lawyer asked the courts for understanding and mercy, seeking New Jersey’s pre-trial intervention process, a system designed to reduce charges like this for people with no criminal history who make an unintentional mistake.

After all, Allen has no criminal history of any kind, didn’t threaten the trooper in any way, and is employed as a medical technician (in other words she wasn’t transporting a vehicle full of drugs while getting stopped.)

But Atlantic County prosecutor James P. McClain and the judge rejected the pre-trial intervention process based on a county no-tolerance policy.

In fact, the prosecutor even added charges because Ms. Allen had hollow point bullets in her pistol, as many responsible gun owners do.

While this case is in New Jersey, it has Iowa connections, and I’m going to need your help. More on that in a minute.

Understand that this is one of the reasons why Iowa Gun Owners is pushing so hard for Constitutional Carry legislation for law abiding Iowans.

It seems like no matter how hard you try to follow the law, there is always some over-eager prosecutor somewhere looking to ‘make an example’ out of your mistake.

Constitutional Carry is simply the 2nd Amendment applied to current law. Law abiding citizens are allowed to carry a firearm for self-defense without having to first obtain government permission.

After all, the only people being affected by these permit processes are law abiding citizens, as criminals can obtain firearms in all manner of ways.

This is the law right now in other states like Arizona, Wyoming, Alaska, Vermont, and Arkansas.

Iowa Gun Owners’ legislation mirrors that of Alaska, where the permit system remains in place as an option for reciprocity (the process whereby other states acknowledge your state’s permit as being valid in their state) purposes.

Had New Jersey been a Constitutional Carry state Ms. Allen would never have been arrested in the first place!

As I mentioned above, this case has become a major story in the gun rights’ world, and now Governor Chris Christie is being asked to comment on the situation and to take some common sense steps to end this vicious harassment of a mother who simply made a paperwork mistake. 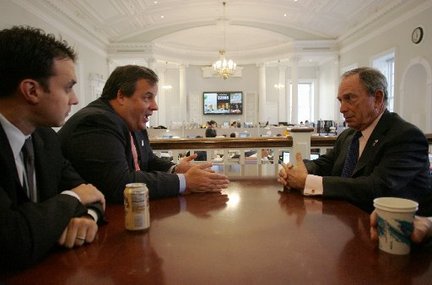 As Human Events noted this week, “New Jersey ignores federal law that says it is perfectly legal to go through a state with a firearm that is cased and unloaded, yet the typical reaction for New Jersey officials is to throw you in jail.”

This is the level of contempt that New Jersey has for gun owners.

He’s refusing to comment on this case as of yet. Apparently he’s ok with sending a mother of two, who has no criminal record, to prison for what may be 10 years for making an honest mistake.

Last week, when IGO staff contacted the Governor’s office we were hung up on by a staffer for simply asking some basic questions about the Governor’s position on Ms. Allen’s situation.

Here is where you come in.

While only Chris Christie knows whether or not he’ll run for President in the 2016 election process, he is certainly testing out the waters.

In fact, Christie was out in Iowa just a month ago on a fundraising and speaking tour.

He certainly doesn’t want gun owners thinking that he hates their gun rights, and he doesn’t want you to know that he seems content with hanging an innocent mother of two out to dry because his state has radically anti-gun laws.

So please, take a moment today to contact the Governor’s office. Tell his staff that you expect Christie to demonstrate leadership and make sure that Shaneen Allen doesn’t spend a minute in jail for this “crime.”

Further, call on him to use his political machine to change the out-of-control gun laws in NJ so that honest gun owners don’t have to go through this pain in the future. He needs to use his bully pulpit to push for a repeal of many of his state’s laws.

Remind him that gun owners in Iowa are watching to see what he does in this situation. If he allows this woman to rot in jail for this “crime” you’ll remember it should he run for higher office.

Make sure he knows that you’re from Iowa, you vote, and that you expect to see him protect this gun owner from the ridiculous system that he presides over.

Imagine that it was your wife, or daughter, or grand-daughter looking at ten years in prison – then make your calls!

P.S. A woman from Pennsylvania mistakenly thought that her concealed carry permit was valid everywhere and so when she was stopped for a traffic violation, she volunteered to the trooper that she had her concealed weapon with her for self-defense.

As a result, Shaneen Allen, a mother of two with no criminal history, is facing 10 YEARS in prison because the prosecutor refuses to use common sense and dismiss these overbearing charges.

At this time, Gov. Chris Christie has refused to comment on the situation. In fact, one of his staffers hung up on IGO staff when we called to inquire about his position.

If Christie runs for the GOP nomination, he’ll need every Iowa vote he can muster in the upcoming caucuses.

That’s why I’m asking you to pick up the phone and contact Governor Christie at 609-292-6000 and demand that he makes sure these charges are dropped.

Further, insist that he begin to champion Constitutional Carry legislation in NJ so that anti-gun prosecutors can’t continue to wreck people’s lives to further a radically anti-gun agenda.