…you CAN fight city hall and win!”

That’s what one North Liberty resident and Iowa Gun Owners member told me after last night’s climatic showdown in the City Hall in North Liberty.

You’ll recall that the town of North Liberty is working overtime to ban guns and illegalize self-defense on ALL city property – and they are seeking to criminally prosecute law abiding gun owners and put them in jail for up to 30 days if they violate the resolution they are trying to pass!

Gun owners in North Liberty and from all over Iowa FLOODED the council members with calls and emails – and it showed. The mayor reported receiving over 300 phone calls. Another councilman reported receiving ‘hundreds and hundreds’ of emails.

The anti-gun members of the council are clearly nervous right now, thanks to the power of organized grassroots gun owners like you!

Last night’s meeting was conducted by one of the most high-handed and elitist mayors I have ever encountered in all of the town gun bans we’ve battled across the state.

Mayor Amy Nielsen was visibly angry at the more than 75 gun owners who crowded into “her” council chamber.

She immediately cut people off, in mid-sentence, when their two minutes to speak were up – while giving plenty of open floor time to her allies in city government who were arguing for a gun ban. She would take no questions from the assembled crowd.

Perhaps most shocking of all, however, was her treatment of an elderly veteran who raised his hand and calmly asked if he could ask a procedural question regarding how/when the council would be voting on this proposal.

After snapping back at him that he could not talk, the gentlemen politely asked, “When do we get to speak?” Without missing a beat, Mayor Nielsen immediately had the police chief put hands on this man and physically remove him from the chamber! 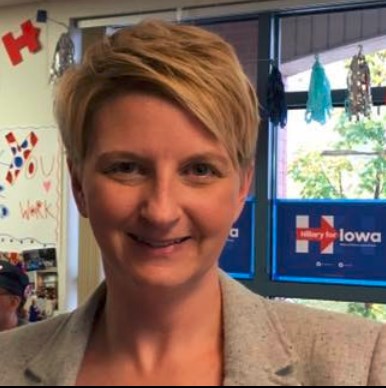 (North Liberty Mayor Amy Nielsen ran one of the most heavy-handed city council meetings that we’ve ever seen anywhere in Iowa last night – having an elderly veteran physically removed from the council chambers for simply asking if he could ask a question!)

It was breathtakingly arrogant.

The good news is that while the rabid anti-gun members of the council were hoping to slide Resolution 13-60 through with minimal public awareness, those hopes were crushed last night! Every single public comment last night was 100% OPPOSED to this gun ban. Every single one!

More, over half a dozen media outlets were in the room – helping us get the word out even more than we already have about what’s going on in North Liberty.

You can see media coverage of this event here, here, and here.

So now whatever Mayor Nielsen decides to do in North Liberty will be with the full public eye bearing down upon her and her anti-gun allies in city government.

Last night, they punted, and took no action on this proposal.

What we do know is that at least one council member is firmly opposed to it. Another voted no on this proposal last time, and acknowledged that this policy would do nothing to stop crime. Another was absent last night. One is leaning towards it. Another was non-committal.

This is not going to slide through as easily as Mayor Nielsen planned on – because she didn’t plan on Iowa Gun Owners and all of you getting involved in this attack on our rights.

More, the council was already talking about ways to offer enhanced training and better communication with law enforcement as alternatives to passing this gun ban.

So while this situation in North Liberty is not over – the anti-gunners on the council were dealt a heavy blow last night.

To check out our video coverage of this event last night click below. 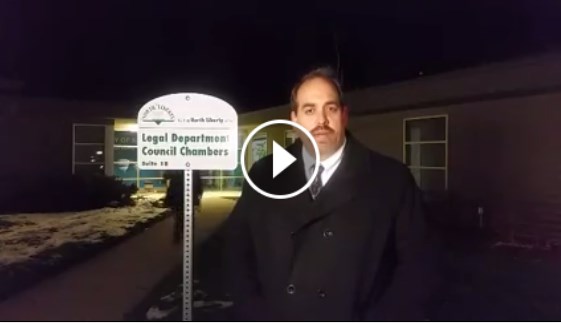 This is why Iowa Gun Owners exists, folks! We are your voice whether it be in the halls of the General Assembly, exposing anti-gun candidates in their districts at election time, or standing with you side by side in city halls across the state.

We don’t represent the elected officials to you, like so many other organizations do, and try to compromise away your rights and tell you what you have to accept.

Rather, we represent you to the elected officials (in this case the city council) and hold them accountable if they betray our 2nd Amendment rights.

So if you’d like to renew your membership in Iowa Gun Owners, or join for the first time, feel free to do so today!

North Liberty provides a case study, in real time, of where your money goes, as we used emails, sponsored social media, boots on the ground in town, and more to expose this attempted gun ban. Help us prepare for the next fight by renewing your membership right away.

We can’t thank you enough for all your calls and email into North Liberty! The 75 gun owners who assembled there last night also asked me to pass on their thanks to gun owners in Iowa who called and emailed even though you don’t live in town.

We’ll keep you informed if this situation develops – for now Happy Thanksgiving from all of us here at Iowa Gun Owners.

We have much to be thankful for here in Iowa – and your passion and zeal in defense of your right to keep and bear arms ranks right up there at the top!

P.S. Last night’s meeting in North Liberty was incredible. Over 75 gun owners packed the room and stood tall in defense of their right to defend their families while doing business on city property that they pay for with their own tax dollars.

In a stunning display of elitism Mayor Amy Nielsen, who clearly was hoping to slide this proposal through with no one being the wiser, exploded on an elderly veteran who calmly asked when he’d be allowed to speak, and demanded that police remove him from the meeting.

For now, faced with overwhelming public opposition, the council took no action on the proposal and several of the members made it clear they will not support this gun ban should it come up for a vote.

Thank you for your calls and emails – they made all the difference here. Gun owners in North Liberty were particularly thankful for the support of their fellow gun owners from all over Iowa.

We’ll keep you informed if this issue comes up again – in the meantime, if you’d like to renew your membership in Iowa Gun Owners (or join for the first time) I hope you’ll do so TODAY!

Happy Thanksgiving from all of us here at Iowa Gun Owners!