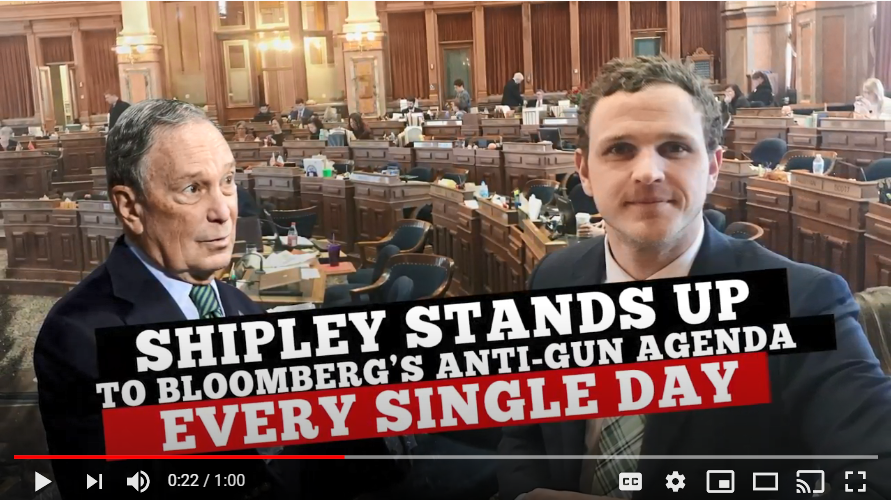 State Representative Jeff Shipley has been a champion for gun owners for the last two years in Des Moines, proudly sponsoring Constitutional Carry law and opposing every bit of gun control!

And that’s why Michael Bloomberg made it his mission to take Shipley down, directly targeting him with thousands of dollars in digital ads.

Of course, as a 501c4, Iowa Gun Owners can’t tell people how to vote, but we love giving gun owners the facts about where candidates stand on our gun rights and how they’ve voted in the past.

That’s why we came out with this digital and social media ad two weeks ago — highlighting the difference between Shipley and Miller — an ad that was seen by over 30,000 gun owners in House District 82!

And that’s why we inundated the district with a large radio ad buy over the last seven days, making sure that anyone we missed on social media knew that Phil Miller supports every single piece of the radical left’s war against gun owners.

Clearly gun owners in Southeast Iowa hate gun control and the politicians who support it, as they just voted to re-elect Representative Shipley, sending a loud message to Michael Bloomberg at the same time!

Thank you for being a part of this fight to defend freedom and for helping us tell radical gun grabbers like Michael Bloomberg that his dreams of disarming us will never happen here in Iowa!

Every single radio and digital ad that we ran was paid for by you, the proud members of Iowa Gun Owners.

So, enjoy tonight’s well-earned victory in the fight for freedom, but know that our enemies are not going to go away and that I’ll be counting on your help to maintain this fight in 2021.

Bloomberg wanted to crush Shipley — to send a message to other pro-gun legislators in Des Moines — but he failed, as Shipley was just declared the winner in House District 82!

Thank you to every one of you who made it possible for us to run digital and radio ads like these over the last week, making sure that every gun owner had the facts on these two candidates!

Thank you for being a proud member of Iowa Gun Owners and our fight for Second Amendment freedom!