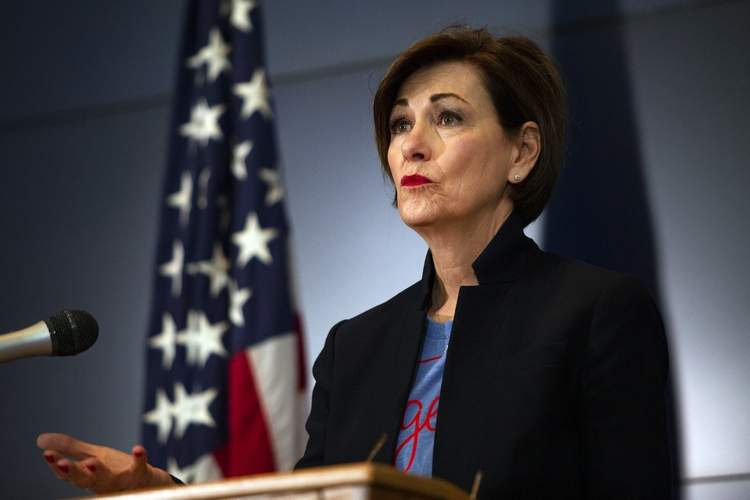 This is getting ridiculous.

It’s now been ten days since the legislature passed Constitutional Carry law — by an overwhelming and bi-partisan majority — but Governor Reynolds has still taken no action on this bill.

During these ten days, virtually every media outlet in the state has run stories and editorials against Constitutional Carry law. Bloomberg is running digital and text message campaigns against the bill. Senate Democrats are holding press conferences against it.

All of this is designed to convince Governor Reynolds to veto this legislation, which is why it’s essential that you contact the Governor again today!

Just yesterday, in her weekly press conference, Governor Reynolds was asked about Constitutional Carry law. Her evasive answer has gun owners and lawmakers alike openly wondering if she will veto this incredible legislation.

Check it out for yourself! 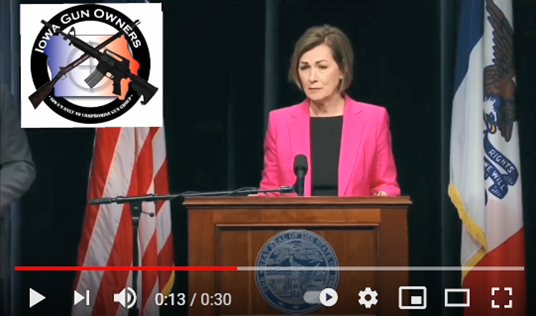 In most states where Constitutional Carry has become law in the last couple of years, the Governors who signed these bills couldn’t wait to do so.

Two years ago, for example, when Oklahoma Governor Kevin Stitt signed Constitutional Carry legislation into law, he did so TWO HOURS after the legislature passed the bill!

When the South Dakota legislature passed Constitutional Carry law two years ago, Governor Kristie Noem made that the first bill she signed into law!

That’s what makes Governor Reynolds inaction on this bill so troubling. This should be an easy decision in ‘red’ Iowa considering that the bill would:

>>> Make Iowa a Constitutional Carry state! As you know, this would allow Iowans to carry a firearm for self-defense without having to beg the state for permission or add their name into a government database.

>>> The elimination of the permit to purchase handguns! While a permit or NICS check is required to purchase from a dealer, Iowa would join most states in allowing for private party sales without needing government permission, as long as the intended buyer is legally allowed to own firearms.

>>> The strengthening of Iowa’s pre-emption laws. This bill clarifies that cities cannot restrict the carrying of firearms in city limits, provided that the carrying of that firearm is legal under existing state law.

>>> Making it illegal for landlords to evict an otherwise law- abiding tenant for merely possessing a firearm, if that landlord receives government assistance.

>>> Allowing for concealed carry in the People’s House (the Capitol building) without having to show a permit.

But none of this will happen if Kim Reynolds vetoes this bill, and that’s why it’s urgent that you send her another pre-written email and insist that she sign this bill into law now!

After you’ve sent your email, please forward this to every gun owner you know and urge them to take action, too!

P.S. It’s been ten days since the Iowa legislature passed Constitutional Carry law, and Governor Reynolds has still not even called for the bill to come to her desk!

In her press conference yesterday, Governor Reynolds was evasive when asked what she planned to do with this legislation, as you can see here.