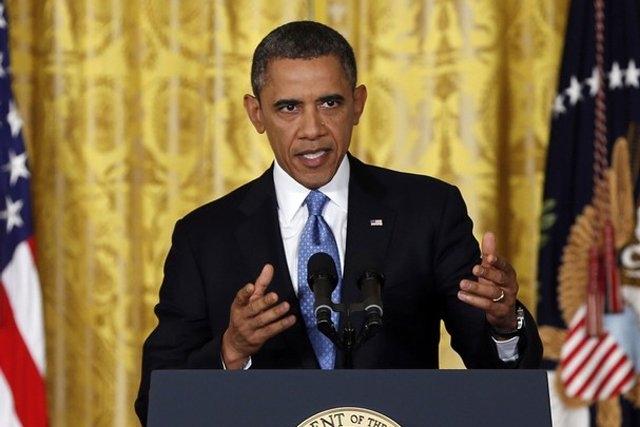 “By ignoring the reality of so called Gun Free Zones, President Obama just ensured that fewer and fewer law abiding Americans will have the means to defend themselves from violent criminal attack.”
– Aaron Dorr, Executive Director, Iowa Gun Owners

(Des Moines, Iowa) – In a stunning display of hypocrisy, President Obama today totally ignored the reality behind the recent spate of mass murders and instead has called for plans to make hundreds of thousands of additional Americans defenseless in the face of violent criminal attacks.

“It’s completely absurd,” said Aaron Dorr, Executive Director of Iowa Gun Owners. “The President mentioned the shootings at a temple in Wisconsin, the mall in Oregon, the school in Connecticut, and the movie theatre in Colorado as some of the reasons for this action. All of these shootings have one thing in common – they happened in places where guns were already banned.”

The President’s proposal, which includes a permanent ban on modern utility rifles, bans on high capacity magazines, and background checks on every firearm transaction, sows the seeds for anti-gunners ultimate goal of complete gun confiscation.

Said Dorr, “Anti-gun politicians themselves don’t believe the lies that they are telling. They know that criminals already break the law to obtain and use firearms. What this is really about, is setting up a nationwide gun registry which is the precursor to gun confiscation.”

“What the President and every politician beneath him, right down to county supervisors in Iowa should do, is apologize for enacting so called ‘Gun Free Zones’ which only invite bloodthirsty killers. If they don’t, then they have the blood of innocents on their hands,” concluded Dorr.