Now is the Time to Pass Stand-Your-Ground!

Now is the Time to Pass Stand-Your-Ground! 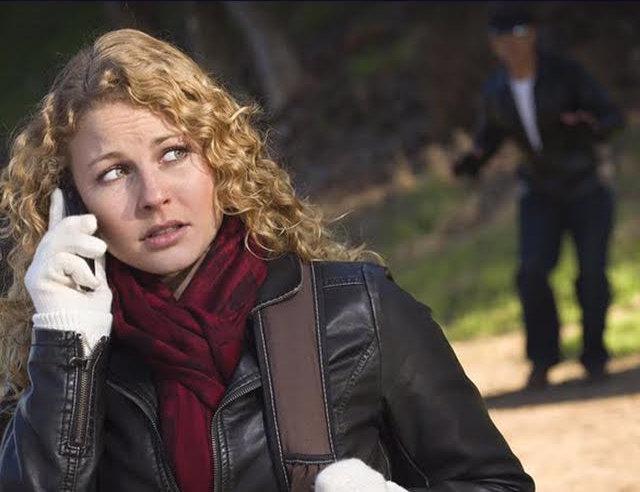 You hear the unmistakable sound of footsteps close behind you, as you approach your car.

Is he looking for spare change, or another victim to rape or murder?

The good news is, you’re armed, you’re trained, and you’re ready to do whatever it takes to protect both yourself and your family . . .

But the bad news is, under existing Iowa law — regardless of just how bloodthirsty that thug is — you’d better be ready to go to JAIL if you dare use a gun to defend your life, liberty and property.

This is a travesty that MUST be changed.

That’s why I’m counting on you to please sign the petition that I’ve prepared for you below, more on that in a moment.

As you’ll see, these petitions urge your State Representative and State Senator to cosponsor and vote to pass the Iowa Stand-Your-Ground Bill.

If passed, the Iowa Stand-Your-Ground Bill would simply state that law-abiding Iowa gun owners can defend themselves against intruders without fear of being targeted by an anti-gun prosecutor.

The truth is, these types of situations happen FAR too often across Iowa.

Just take the case of Jay Rodney Lewis in 2012.

After using a gun to defend himself from attack by two thugs — one with over 40 criminal convictions going back 15 years — Mr. Lewis spent 112 days in jail before finally being found innocent.

In the meantime, Mr. Lewis lost his home and most of his possessions — including his gun collection.

I’m sure the gun-grabbers think to themselves, “that serves him right!”

After all, whenever some thug commits some horrific crime, don’t the gun-grabbers always rush to place blame — not on the criminals themselves — but on law-abiding gun owners?

So is it really any surprise they’ve written Iowa law to protect criminals first — even when it’s you and your family’s safety that is at stake?

I don’t know about you, but I believe the law should put the interests of law-abiding Iowa citizens ahead of thugs and madmen.

And as a former cop, I can tell you the LAST thing you want to be worrying about in a situation where there are lives on the line is the “good will” of some anti-gun prosecutor or judge.

I’m sure you agree.

Thanks to the action and support of good folks like you from all over Iowa, Stand-Your-Ground was one of the hottest issues in state politics in the last session of the Iowa General Assembly.

The bill had widespread support in the House, and after Senator Rick Bertrand (R-Sioux City) introduced it in the Senate, gun-grabbers were scrambling.

The bill was cosponsored by a whopping 24 Senators — just 2 short of overall passage! The House version was also widely supported, in fact a third of the House signed on as cosponsors!

Sadly, despite the massive outcry from gun owners clamoring for the bill, gun-grabbers in the Senate succeeded in temporarily derailing Stand-Your-Ground law.

But gun owners hit back — hard — on Election Day and our message on November 8 was absolutely deafening, as gun-grabbers were crushed at the polls all over Iowa.

But it was the defeat of two of the most powerful politicians in all of Iowa on Election Day 2016 — Senate President Mike Gronstal (D) and Senate President Pro-Tem Steve Sodders (D) — that truly sent shock waves throughout Iowa political circles.

And every gun-grabber in the state is blaming Iowa Gun Owners for their work EXPOSING the records of these anti-gun politicians (and others) using everything from U.S. Mail and social media to hard-hitting radio and TV ads.

But these victories for Second Amendment supporters will be wasted unless we translate them into the passage of pro-gun reforms.

That’s why I’m counting on you to please sign your petition in support of Stand-Your-Ground law right away and submit it to us immediately — and agree to your most generous contribution.

Your generosity today will help us turn up the heat on the General Assembly with a massive grassroots program, including:

>>>  Generating 100,000 petitions from all over Iowa insisting the General Assembly pass Stand-Your-Ground;

>>>  Using email, social media and Internet ads to mobilize an additional 25,000 Iowans from all over the state;

>>>  Working the blogs and granting media interviews to explain why Stand-Your-Ground law would be so good for Iowa;

>>>  Paying for hard-hitting radio, newspaper and even TV ads to ensure politicians are feeling the most heat right before they’re forced to vote on Stand-Your-Ground.

This won’t be cheap.

But this plan is what it will take to light the fire under the General Assembly to get the job done.

So won’t you please sign the petition that I’ve prepared for you below?

Of course, I know that’s a lot to ask for.

But this could not be more important.

Every dollar will help us push Stand-Your-Ground law forward right here in Iowa.

It will help them send the message to the legislature that it’s time to deliver. No more excuses.

I’m counting on you to help us send that message.

If they don’t do it now — with these massive majorities — then when will they? Help us make sure Stand-Your-Ground law becomes law in 2017!

P.S. Guns and Ammo Magazine reports that there are only 12 states in the U.S. with worse gun laws than Iowa.

So with the new majorities in Des Moines, it’s time to fix this and finally deliver for Iowa’s Second Amendment supporters by passing Constitutional Carry and Stand-Your- Ground law this year!

If you agree, please sign the petition I’ve prepared for you below, right away!

To help Iowa Gun Owners grow our grassroots army, please forward this email to your friends.