One Month Left — Help Us Expose Anti-Gun Legislators in Iowa!

One Month Left — Help Us Expose Anti-Gun Legislators in Iowa! 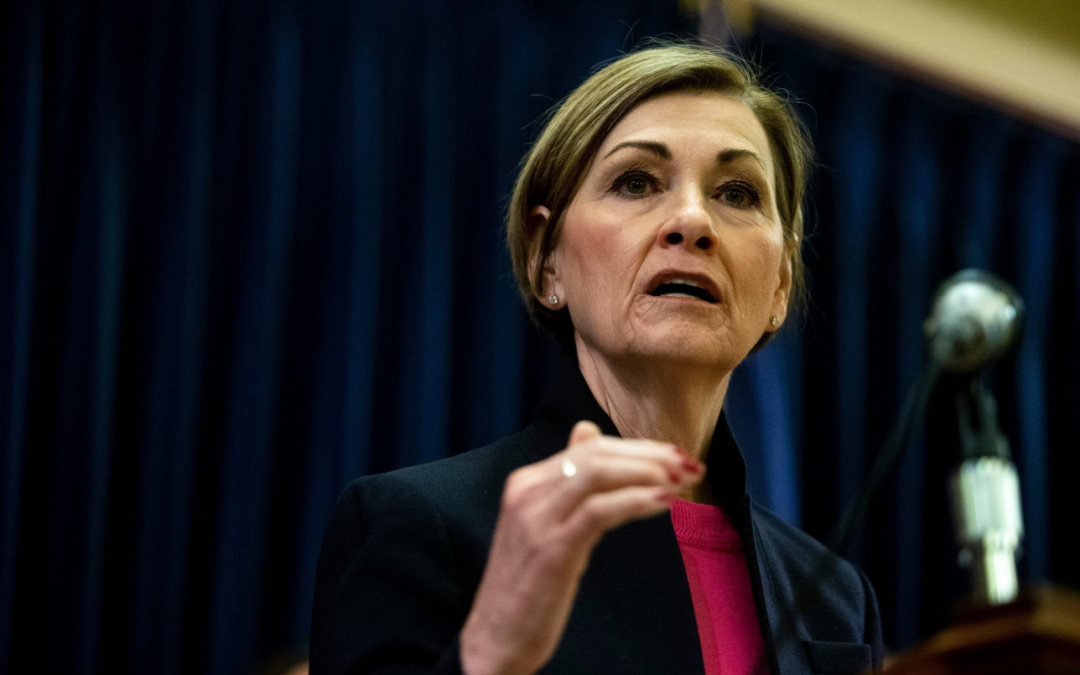 Earlier this year, Mississippi, Idaho, and West Virginia all did the same thing.

Just a few months ago, in May, our neighbors in Missouri watched as their legislature also passed Constitutional Carry law — again with support from both Republicans and Democrats — with an overwhelming majority.

And while the Governor vetoed this legislation, the legislature overrode this veto just a few weeks ago, meaning that Missouri is now the eleventh Constitutional Carry state!

So what about Iowa?

While their fellow Democrats all over the country have learned that supporting the Second Amendment is not only constitutional, it’s also good politics, Iowa’s Senate Democratic leadership has refused to advance this legislation.

No, Gronstral just killed it.

The bill was locked down in Senator Steve Sodder’s Judiciary Committee where it never saw the light of day.

But that wasn’t all.

As you likely heard, Stand-Your-Ground law — which simply removes the duty to retreat when facing a violent criminal — was also locked up in committee, dying just two votes short of passage in the Senate!

We even brought Jay Lewis onto the Senate floor, the man who was wrongfully arrested and charged with felonies after being attacked and forced to shoot a man in self-defense, to make his case for Stand-Your-Ground law once the jury cleared him.

Not a single member of the anti-gun caucus would even shake his hand!

But that’s not all.

Senator Gronstal and his pals also killed legislation that would decriminalize Iowa parents who teach their kids to shoot a handgun before the age of 14.

That’s right, if you’ve ever trained your children or grandchildren to shoot a defensive handgun before they turned 14, you’re a criminal in the eyes of Iowa code.

Senator Gronstal, given a chance to lift this outrageous law this year, refused.

So did his entire caucus.

I could go on and on. The leaders of the Senate Democratic caucus are absolutely committed to crushing the Second Amendment here in Iowa if given the chance.

But don’t just focus on the good bills they killed — take a look at what they’re trying to pass!

Last year, SSB1251, a bill introduced by Gronstal’s right hand man, Steve Sodders, would create a database of EVERY Iowan with a permit to either buy or carry a defensive handgun!

History shows us what happens when the government obtains a list of guns and gun owners, and it’s not good.

Or how about SF233, introduced by a leading member of the Senate Democratic caucus, which would force a ‘Universal Background’ scheme upon gun owners here in Iowa?

This legislation, being pushed by NYC billionaire Michael Bloomberg all over the nation, sets up a defacto statewide gun registry!

This legislation would criminalize the transfer of any firearm in the state without first obtaining government permission and adding your name to their list.

Loan a gun to a friend for pheasant opener later this month, you’d be a felon unless you added your names to their list!

Want to pass along family heirloom firearms to your children or grandchildren, you’re committing a crime unless you first add that firearm and your names to their list!

Then, just this summer, Assistant Majority Leader Matt McCoy announced his intentions to advance an ‘assault weapons’ ban through the Senate next session — a response to the Orlando shootings.

So when a terrorist sympathizer, following an extremist ideology, carries out a mass shooting that kills dozens of people, the Iowa Senate leadership blames you.

And every other law abiding Iowan who owns a modern utility rifle for self-defense.

Gun-grabbers in the Iowa legislature are ALWAYS looking for a way to ram gun control into law!

They don’t retreat, back down, or tire in their desire to gut our Second Amendment rights here in Iowa.

The question is, will you and I?

If you and I back down, if we don’t mount a massive defense of our God-given right to keep and bear arms during these next couple of weeks leading up to November 8, then I truly fear for the Second Amendment rights that our children and grandchildren will inherit here in Iowa.

That’s why I need your help!

Iowa Gun Owners, as Iowa’s leading and most aggressive Second Amendment organization in the state, is running the largest program that we’ve ever to expose gun-grabbers as we approach the November 8 elections in just over a month.

We know how to expose anti-gunners to gun owners in their districts!

As you may recall, in 2010, our program to expose anti-gunners who voted against Constitutional Carry legislation resulted in gun owners rising up and booting 23 anti-gun incumbents out of office.

In 2012, a bad year for Republicans as a whole, our primary election program resulted in gun owners sweeping in a host of pro-gun legislators and their removal of a particularly big anti-gun thorn in the Iowa House — the House Majority Whip!

In 2014, another round of anti-gun legislators were swept from office including the bill sponsor of Michael Bloomberg’s ‘Universal Background Check’ bill — former Senator Daryl Beall.

We know how to expose anti-gun legislators here in Iowa!

We have the facts, the votes, and the political backstory that anti-gunners like Senator Gronstal, Sodders, Wilhelm, Schoenjahn, Danielson and others are hoping no one else hears about.

And honestly, if we can’t raise the resources we need to run these critical election programs and expose these legislators — they may just get their wish.

That’s why I need your help to fund this massive program.

Direct mail, even in mass quantities with price breaks, adds up fast at approximately $.45 per piece mailed!

Email blasts, when you’re sending them to tens of thousands of gun owners at a time, aren’t free like your personal email.

Certainly hammering Steve Sodders on WHO radio adds up in a hurry, as do TV ads anywhere in the state.

But this is how we fight back!

This is where we make sure that these anti-gunners know – and all of their friends in the legislature who will be watching — that if you mess with our gun rights, we will be there to hold you accountable!

Other groups talk big about going after bad legislators, but have no follow through whatsoever at election time.

That’s worse than doing nothing, because gun-grabbers quickly learn that these folks are full of hot air, and nothing else.

So help us hit back — hard!

For others, I know that $100 to $250, while certainly an amount you’ll feel, is certainly within your means.

But I know that for some, making a donation of $10-$25 means you’ll have to make a cut in your personal budget in another category.

Whatever you can do — now is the time!

For all the times you’ve fumed as we were shut down, two votes short of passing Stand-Your-Ground law — now is the time to hit them back!

For all the times you shook your head in utter disbelief as you realized that you ARE A CRIMINAL for teaching your child or grandchild to shoot a pistol if they are 13 or under — now is the time to hit back!

Again, I don’t know what you can afford. What I know is that we can’t afford to let anti-gunners think that there won’t be a massive political price paid if they continue to spit on our gun rights.

So please, whatever you can do, please donate immediately to help us fund the program I laid out above!

Thank you, in advance, for standing with us in the fight to defend the 2nd Amendment here in Iowa!

And don’t forget, we’re going to be meeting in Adel tomorrow, at the Casey’s parking lot at 8:30am, to pass out flyers in Senate District 10 educating voters about where the two candidates stand on the Second Amendment!

If you can help us out for four hours, you may win a FREE Ruger 10/22 from Iowa Gun Owners!

P.S. Anti-gunners in the Iowa Senate have been on a warpath against your gun rights for years.

Whether it be killing pro-gun legislation like Constitutional Carry or Stand-Your-Ground law, sponsoring radical gun control bills to placate Michael Bloomberg, or promising to advance an ‘assault weapons’ ban in 2017 — these anti-gunners in the Senate never quit.

The question is, will you?

Senator Gronstal and his cronies in the Senate are quietly hoping that you’ll forget about their attacks on the Second Amendment, hoping they can convince gun owners to give them another shot.

Iowa Gun Owners is in the midst of a massive program to expose targeted gun grabbers with mail, email, social media, radio ads and more — if we can fund it.

This program has educated gun owners in election cycles for years, and dozens of anti-gunners have been booted from office.

Stand with us — and stand with the Second Amendment here in Iowa today — with the most generous donation you can afford. Now is the time to fight back!

And by the way, don’t forget, we’re looking for volunteers tomorrow in Adel, as we go house to house to let gun owners know where the candidates stand in Senate District 10!