Our Plan to Fight Back!

Our Plan to Fight Back! 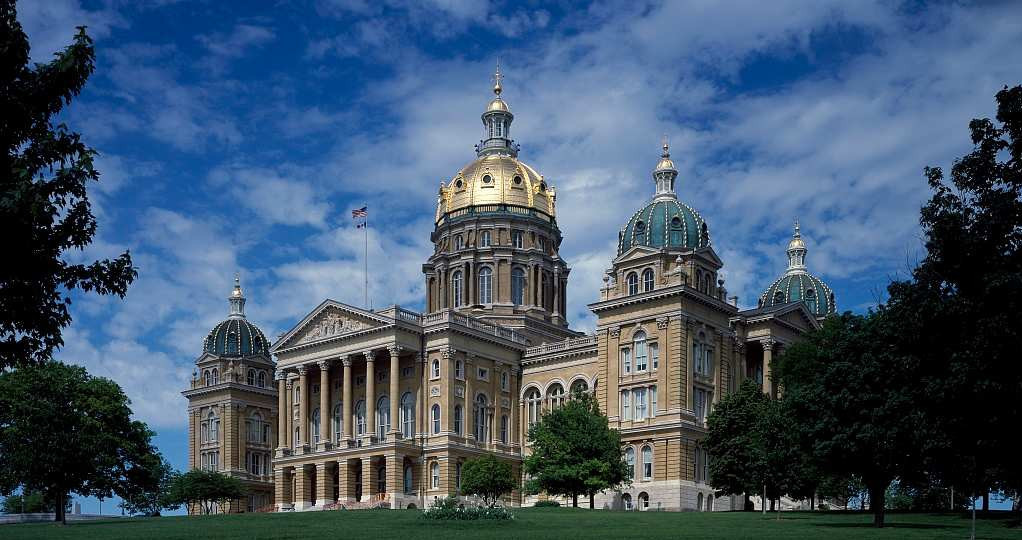 The November elections are rapidly approaching.

And I need to tell you, all eyes are on Iowa this year where the radical left is hoping to destroy our Second Amendment freedoms and totally reshape the political landscape for years to come.

Aided on by Michael Bloomberg — who has promised to spend at least $3,000,000 right here in Iowa on digital ads attacking pro-gun candidates — this is a threat that we need to take very seriously!

These America-hating socialists have three goals.

First, they want to flip Senator Ernst’s seat to increase their chances of seizing control of the United States Senate.

Third, they want to flip the Iowa House of Representatives so they can begin to launch wave after wave of attacks against our gun rights at the state level.

Any way you look at it, we’re going to be in the fight of our lives in just a few weeks!

The good news is, Iowa Gun Owners is doing everything we can to hold off this impending gun control DISASTER.

In fact, our entire team has been working around the clock for days now, and we’ve just put the finishing touches on Iowa Gun Owners’ critical 2020 Plan for November.

I believe it’s absolutely crucial you review it right away.

And with time running out, I’m counting on your generous financial support to help put this plan into action.

PLEASE NOTE THE DETAILS OF THIS PLAN ARE FOR THE MEMBERS OF IOWA GUN OWNERS ONLY!

Without your support, I’m afraid the gun-grabbers could very well get their way.

I can’t begin to explain what a DISASTER that would be in Washington, D.C. and right here in Des Moines!

Instead of fighting to finally make Iowa a Constitutional Carry state, our backs will be against the wall.

With thousands of paid protestors flooding our state capitol grounds — and KCCI, the Des Moines Register, and the rest of the FAKE NEWS openly cheerleading the DESTRUCTION of our Second Amendment freedoms –- an Iowa House bought and paid for with Bloomberg’s money will move to ram through their entire radical agenda, including:

***  An immediate repeal of our Stand-Your-Ground.  Once wiped off the books, anti-gun prosecutors and judges will return Iowa to the days where you could go to prison for the ‘crime’ of defending yourself;

***  A total BAN on AR-15’s and hundreds of similar firearms that tens of thousands of Iowans keep in the homes and businesses as protection against criminals and tyrants alike;

***  Implementation of ‘Red Flag Gun Seizure’ legislation, which would allow liberal court judges to seize your guns based on the words of an embittered ex-spouse in secret court hearings that you won’t be able to attend;

***  A statewide registry of every gun owner in Iowa under the guise of ‘Universal Background Checks.’ This legislation would make FELONS out of Iowans who pass their firearms on to their children and grandchildren and would set the stage for future gun confiscation!

Sadly, I’m afraid even all this may not be the end of it.

Iowa’s ‘Shall Issue’ could be on the chopping block as well, allowing local law enforcement agencies to again deny you a permit to carry a concealed weapon just because they don’t like your political views.

That’s why Second Amendment supporters need to do all we can to hold the line by fighting back hard NOW.

There are so many races all over our state where Iowa’s gun owners can make a difference, including:

Here Judiciary Chairman Steve Holt — who publicly called on House leaders to finally pass Constitutional Carry this past session — is facing off against a radical leftist named Damon Hopkins.

In this race, Constitutional Carry bill sponsor and current State Rep. Jeff Shipley is being challenged by Phil Miller. Sources indicate that Miller is extremely anti-gun and that he would back the full gun control agenda in Des Moines if given a chance to do so.

State Representative Sandy Salmon has always been a friend to gun owners during her years in office and has proudly filled out her candidate survey 100% pro-gun this cycle. Carissa Froyum, on the other hand, is a radical leftist, who would fight tirelessly to destroy our Second Amendment freedoms!

And, of course, this doesn’t even begin to consider the highly competitive Congressional races in District 1 and District 3 — where Abby Finkenauer and Cindy Axne are desperately trying to hide their anti-gun records from gun owners!

That’s why Iowa Gun Owners is not going to pull any punches leading up to the November elections.

In fact, I’ve put together a four-part plan to expose these gun grabbers using every tool at our disposal, including:

FIRST:
A combination of our hard-hitting digital ads and our aggressive ‘Whiteboard Videos’ where we break down the anti-gun records that dozens of elected gun grabbers are trying to keep secret.

SECOND:
A two-phase hard-hitting mail program that will give gun owners page after page of facts on where the candidates stand. We’ll provide survey results, voting histories, bill numbers, and more.

THIRD:
An Internet, phone and email blitz hammering Bloomberg’s candidates over their support for gun control.

But I need your help to put our plan into action.

As I mentioned, time is running out and we still must raise enough to fight back!

Won’t you please agree to your most generous gift of $100 or even $250 to help us put it into action?

I know that’s a lot, but now is the time!

Whatever you can give, please agree to act IMMEDIATELY.

The 2020 elections are going to be absolutely critical.

The good news is that Iowa Gun Owners has a history of exposing gun-grabbers at election time, with devastatingly effective results. We can save our state, but we have to act fast!

I’m chomping at the bit to launch this program.  But I can’t do it without your support.

P.S. It’s election time and Michael Bloomberg is trying to crush our right to keep and bear arms here in Iowa!

Iowa Gun Owners is fighting back! Read the email above and see our plan below for all of the details.