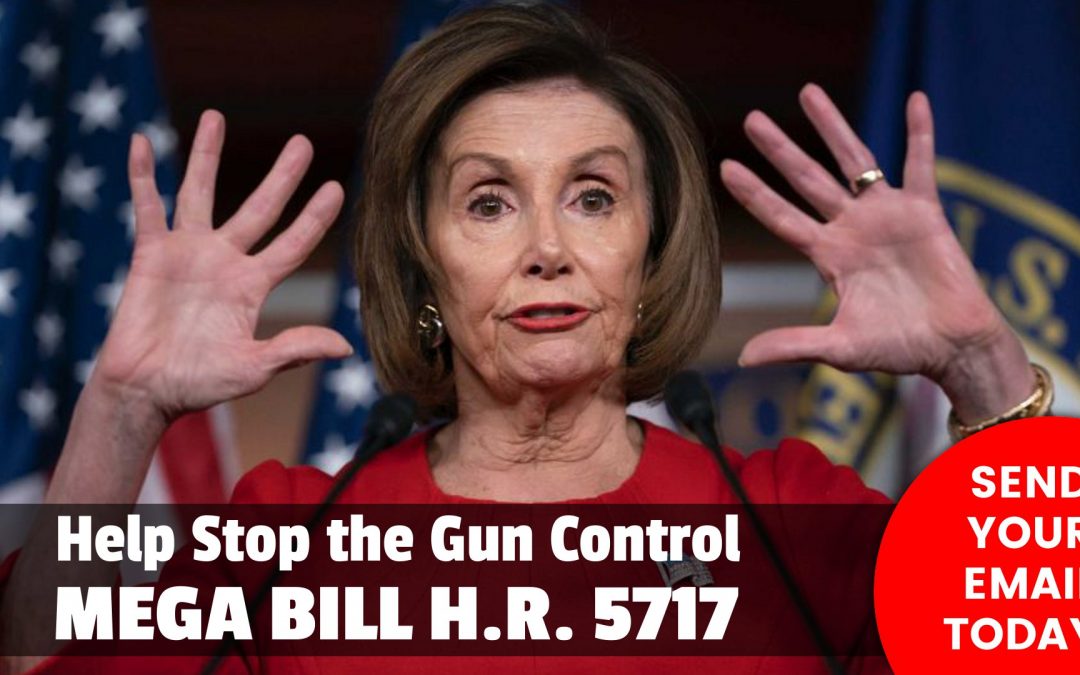 Nancy Pelosi and her America-hating cronies are trying to ram some, or all, of H.R. 5717 into the Phase 4 stimulus package that is currently being negotiated in Congress!

As you know, this legislation is the biggest gun control bill that America has ever seen.

And with Congress racing to get money out to individuals and small businesses as part of their Coronavirus response, Nancy Pelosi is hoping Senate Republicans don’t have the guts to tell her “No” to S.3254/H.R. 5717.

Honestly, she may be right.

That’s why it’s essential that you fire off this pre- written email to Iowa’s Congressional delegation right away, telling them to oppose this nasty legislation!

This fight will be won or lost in the Senate, and that’s why Chuck Grassley and Joni Ernst need to hear from you, so they know that we expect them to hold the line in the Senate.

But Congresswomen Cindy Axne and Abby Finkenauer need to hear from you, as well.

Both are up for election this year, both have voted for radical gun control, and both are hoping that gun owners have forgotten about that.

Now is a great time to remind them who they work for!

Our precious freedoms are under attack right now. Our enemies are hoping that gun owners will be too distracted to notice what they are doing.

And if you can, please make a donation of any amount today, so that Iowa Gun Owners has the ammo to keep fighting for you in Des Moines and in Washington!

P.S. Nancy Pelosi is trying to include some or all of H.R. 5717 in the Phase 4 stimulus bill that is being negotiated in Washington, hoping Senate Republicans will be too scared
to oppose her!

Send your pre-written email to Iowa’s Congressional leaders immediately, telling them to oppose this bill and fight for the Second Amendment, or pay the price in November!