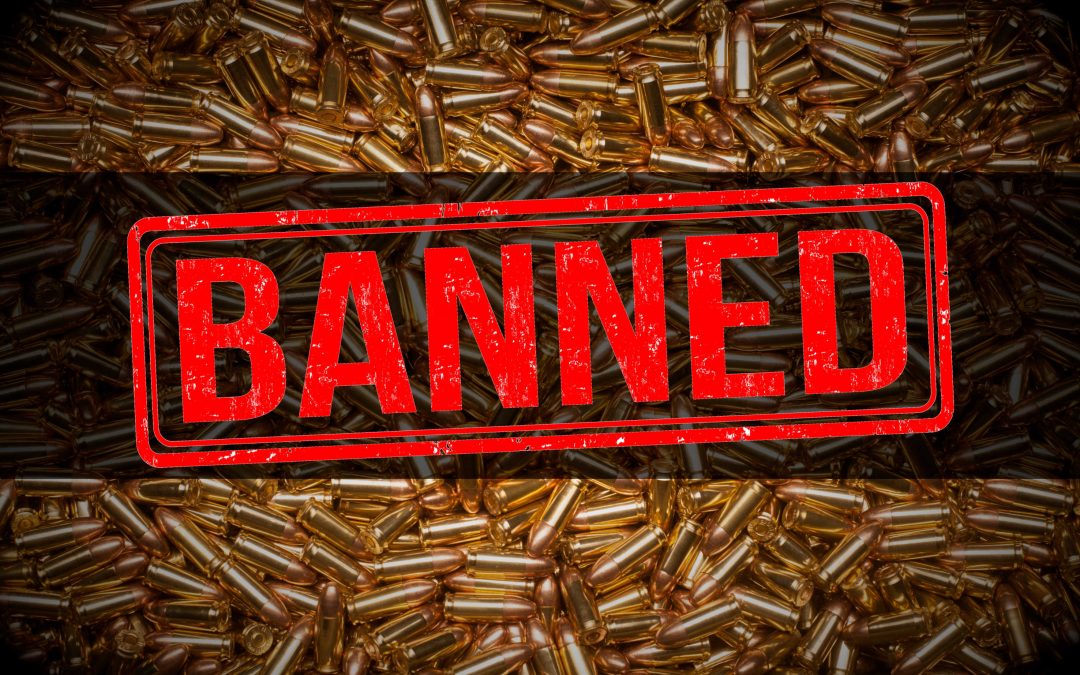 If you’ve gone to the store and tried to buy a box of ammo any time in the last 12 months, you know the shelves are bare and inventory is wiped out.

And if you’re like most gun owners, you’ve gone online and are refreshing websites and setting up notifications for when ammo is back in stock!

But that difficulty simply isn’t enough for the bureaucrats in D.C. who hate our guts and want to see our Second Amendment totally annihilated.

But that’s not the half of it. H.R. 1207 would also force all ammo sellers to report “bulk” purchases to law enforcement!

And since H.R. 1207 defines “bulk” purchases as any purchase of 1,000 rounds or more, that means that even spending a few hundred bucks on a case of 9mm would put you in a government database like a sex offender!

And we all know a Biden administration would use that information to treat us like criminals and terrorists just for exercising our rights!

And finally, H.R. 1207 would mandate that ANYONE who sells ammo first get a license from the feds.

FIRST NAME, this is nothing but a vicious attack on gun owners across the country and would result in more government databases of gun owners and a severe restriction on millions of law-abiding Americans who want to purchase badly needed ammunition.

Please help IGO shut down H.R. 1207 by clicking here and using our form to tell your Congress member to OPPOSE this attack on freedom!

When you’re done, please make a contribution of any amount to help IGO stop the Online Ammo Ban in D.C.!

Right now we’re seeing 9mm and 5.56 ammo at up to a dollar a round. But if Watson-Coleman and her ilk in D.C. have their way, we could see double or triple those prices in the days ahead –- effectively disarming millions of gun owners.

Don’t let them pass this bill!

Take action and then donate to help us fight back against the Online Ammo Ban!

P.S. Political tyrants in D.C. are trying to pass H.R. 1207, a bill that would OUTLAW online sales of ammunition and force dealers to report almost all ammo purchases to the government!

Help STOP the bill by using our Gun Rights Action Center where you can sign your OFFICIAL PETITION against H.R. 1207!

Iowa Gun Owners is sounding the alarm on this bill and mobilizing gun owners to stop it! Help us do that by making a contribution of any amount TODAY!