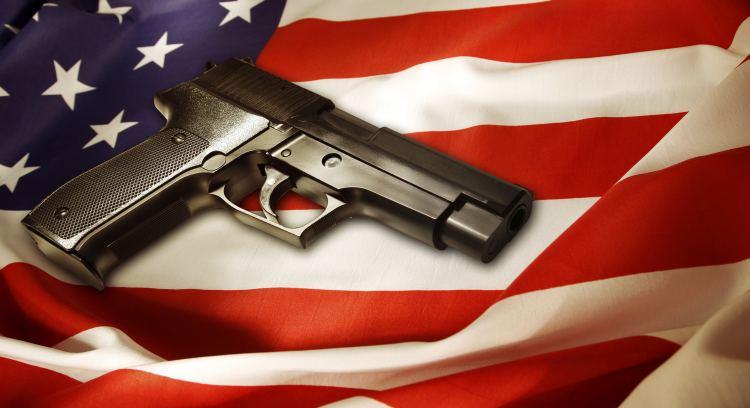 “My inbox is being flooded with emails in favor of Constitutional Carry law, and every one of them is from MY district. I want to vote this out, but House leaders are holding it back.”

This is what one House member told me yesterday morning, as I was lobbying in the Capitol for Constitutional Carry law.

This lawmaker, not our bill sponsor, said that Constitutional Carry was very likely the number one issue that he has heard about this session from the voters in his district.

That would not surprise me at all.

Already well over 10,000 emails have been sent into the Capitol this session from IGO members, demanding passage of Constitutional Carry law!

In fact, during the Senate sub-committee earlier this week, Senator Whiting said that the number one topic he’s received emails on this session was Constitutional Carry!

Senator Bisignano, who opposed Constitutional Carry in the sub-committee, said this is the second most popular issue in his district right now!

As you know, South Dakota enacted this same legislation last month, and the same bill passed through the Oklahoma House of Representatives just last night!

If Oklahoma passes this legislation, that would make a whopping 15 states that have put this law on the books — almost one-third of the country.

But here in Iowa, while we’re seeing action on this bill in the Senate, House leaders are continuing to blockade our efforts to pass this badly needed legislation!

By now you know that the Speaker Pro-Tem, Matt Windshitl, has been a long-time opponent of this legislation, having worked to kill it in 2017 and 2018.

More, Rep. Windshitl told me very directly in the Capitol last month that he wants to sit on Constitutional Carry for another four to five YEARS!

I don’t know about you, but I think the idea that one lawmaker can obstruct the bill that tens of thousands of Iowans are demanding (the same bill that fourteen states have already passed) while insisting that he’s a gun rights leader is simply insulting.

If you’re legally allowed to own and carry a firearm, you could carry that firearm with or without a permit, like gun owners in fourteen other states do.

It doesn’t eliminate the ‘Shall Issue’ permit process that we have, rather, it makes it optional.

Nor does it allow criminals to own or carry firearms, as all of the current state and federal disqualifiers remain in effect.

And it certainly does not increase the crime rate.

In fact, the FBI’s Uniform Crime Report shows that states that pass Constitutional Carry have a decrease in their gun homicide rate in the years that follow!

In Arizona, for example, in the five years following passage of Constitutional Carry law, the gun homicide rate plummeted from 232 to 153 per year!

Its time Iowa House leaders stop blocking this bill and give us the same protections that lawmakers in so many other states have already done.

At the same time, we need the full Judiciary Committee to pass this legislation through the committee. We’ve made it through their sub-committee, but we can’t let up now.

Understand that no state has every passed this legislation without an overwhelming amount of grassroots pressure, as there is simply too much opposition for this to happen on its own.

Your pressure helped us rack up fifteen cosponsors.

Your pressure helped us get the bill through sub-committee.

Your pressure has rank and file House members desperate to pass this bill.

And it will be your pressure that helps us move the bill the rest of the way through this process.

So don’t let up, please send the two PRE-WRITTEN EMAILS that we’ve prepared for you below!

>>   First, email your State Representative and make sure he knows that you expect action on Constitutional Carry law this session.

>>   Second, send an email to the Senate Judiciary Committee and encourage them to move S.F. 165 through the full committee right away

(Please note that the email to the Judiciary Committee ONLY works if your Senator is a member of the committee. If you get an error code, that’s why. There’s nothing we can do to change this.)

This fight is white hot right now in Des Moines, and we absolutely need to keep it that way!

So once you’ve sent your email, forward this to your friends and family and encourage them to send their emails, too!

Remember, these emails are pre-written, you just enter your address and hit send!

Lawmakers in South Dakota and Oklahoma are fighting for gun owners this year. We need to make sure that Iowa lawmakers do the same!

Please send your emails right away.

P.S. With the pressure mounting on lawmakers to pass Constitutional Carry, House leaders are maintaining a blockade on this crucial legislation!

South Dakota passed this into law last month. Last night, Oklahoma passed it through their House of Representatives.

Your State Representative needs to hear from you immediately. Please send this PRE-WRITTEN EMAIL to your lawmaker now!