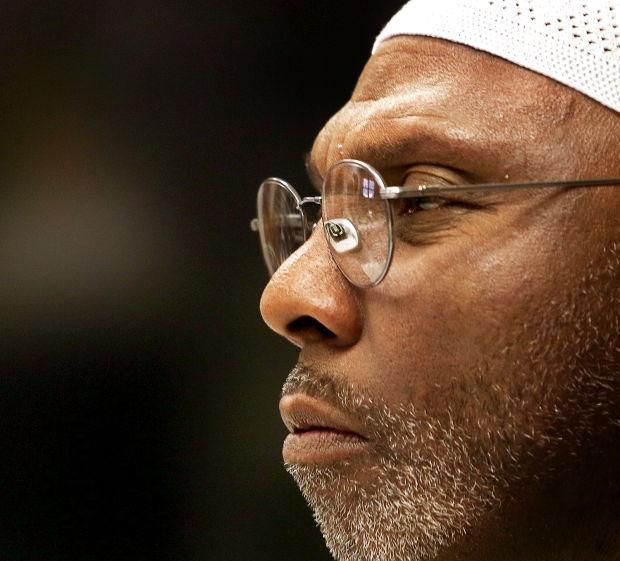 Can you imagine being sentenced to 5 YEARS in prison and paying a fine of $7,500 all for giving your grandson a Ruger 10/22 with one of the common 30-round mags that almost all of us own?

But that’s exactly what the latest round of gun control coming out of the House would do, if the sponsor, Rep. Ako Abdul-Samad has his way!

In a moment, I’ll give you a petition that I hope you’ll immediately sign — if you oppose this radical gun control measure.

You see, Rep. Ako Abdul-Samad’s HF 157 would make you a felon for selling or transferring hundreds of different styles of modern firearms to anyone.

Did you catch that?

You can’t sell or transfer these firearms to anyone — your firearms would literally have to be buried with you!

If you dared to give an AR-15 to your son when he grew up, you would be a felon and looking at 5 years of hard time.

If you sold certain self-defense shotguns to one of your friends, you’d be a felon.

And if you dared do it twice — if you bought a present for two of your children for example — you’d be facing enhanced felony charges and time of up to 10 years in prison!

If you’re as outraged as I am about this proposal, please stand with us and sign your petition opposing this right away!

Of course the fact that this bill is being filed by Rep. Samad — a former Black Panther himself — is simply outrageous.

Rep. Samad and his allies in the Iowa House seem to think that the violent crime that’s striking so hard in places like Des Moines, Ft. Dodge, and Waterloo is being caused by law abiding citizens like you and me.

And rather than use his position on the House Public Safety Committee to defend Iowa citizens, protect our peace officers, and punish violent criminals — he wants to punish you!

It would be a mistake to write this off as a bill that could never become law, and to not take it seriously.

Colorado did that, and they lost most of their Second Amendment freedoms in 2013.

Oregon did that a year later, and they have almost no gun rights left.

I could go on.

Too often gun owners sit back and simply shrug, telling themselves that, “It’ll never happen here.”

In the process, we send exactly the wrong message to anti-gun legislators.

And honestly, that’s what Rep. Samad is doing right now — trying to gauge just how much opposition you and I will put up against gun control bills like this.

So make sure Rep. Ako Abdul-Samad hears you loud and clear on this bill, by signing your petition against HF 157 now!

Iowa Gun Owners members and supporters have a long history of beating back gun control bills like this, and holding their sponsors accountable — a tradition we must never abandon.

The fight for the Second Amendment runs largely on momentum.

The minute that gun grabbers like Rep. Samad, Sen. McCoy, and their pals in the legislature think that gun owners are no longer paying attention, they’ll double their efforts.

We can’t give them an inch. Not one.

So as we fight to advance Stand-Your-Ground law, we need to also fight to oppose any gun control that raises its ugly head!

And when you’re done, please chip in what you can right away.

Other organizations try to oppose or advance bills like this by having the nicest suit in the Capitol or a slick talking lobbyist — with little success.

Iowa Gun Owners relies on mobilizing tens of thousands of gun owners through mail, email, social media, and more, but it’s not free.

But it’s essential that we push back on bills like this!

Considered an assault weapon by Samad, he wants to make it a felony for you to sell, transfer, or even just give away hundreds of different types of firearms!

I hope you’ll stand with your fellow gun owners and sign our petition below, opposing HF 157, right away!

When you’re done, please consider a donation to Iowa Gun Owners to help us get the word out to other gun owners by mail, email and social media.