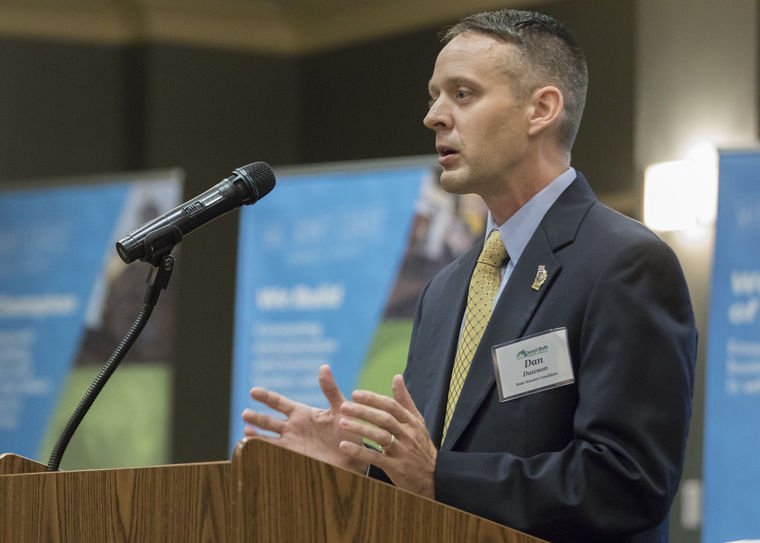 Yesterday afternoon, for the second year in a row, the Senate Judiciary Committee removed Constitutional Carry from the day’s agenda — refusing to vote on the bill.

As things stand, unless the Judiciary Committee moves this bill by next Thursday (3/7) our most direct method of passing Constitutional Carry will expire.

Let me explain what happened as simply as I can.

The Judiciary Committee has fifteen members, ten Republicans and five Democrats, meaning we needed eight votes to clear the committee.

Of the ten Republicans, six of them had already supported the bill by cosponsoring it earlier in the year. Those six names are Senators’ Zaun, Chapman, Schultz, Whiting, Shipley, and Sweeney.

That left four Republican Senators that had not declared where they stood. That list includes Senators’ Dawson, Sinclair, Nunn, and Garrett.

And make no mistake, this wasn’t for lack of trying.

Between personal lobbying efforts, texts, and emails, IGO staff has been trying to get a straight answer from these Senators for weeks — only to be blown off time and again.

(The exception here is Senator Garrett. We have had numerous conversations with him and he seems to be rather in favor of the bill and was sincere in our discussions.)

As the committee began, the Republicans and Democrats held a caucus, a private meeting for lawmakers to discuss their agenda for the meeting. It’s also where the Chairman does a final ‘whip count’ to see how the caucus will vote on the various pieces of legislation.

To be clear, this is private meeting that is held behind closed doors. What happens in these caucus meetings is private and there is no roll call vote taken here.

When they emerged from the caucus, Constitutional Carry was ‘tabled,’ meaning it was pulled from the agenda and no vote took place on the bill.

This is because none of the four Senators listed above would agree to support the bill. Their refusal lead to the bill being tabled.

And, as I said above, unless this committee moves this bill forward by the end of the day next Thursday, it’s likely dead for the year.

Some of you have already emailed or called these Senators and haven given them a piece of your mind only to be told something like, “I didn’t vote against Constitutional Carry, IGO is lying to you.”

Actually, it’s the other way around.

You see, it’s true that there was no public vote taken for or against Constitutional Carry — and that’s the entire problem.

By refusing to support the bill in their private caucus meeting, those three Senators ensured that the bill would die in private.

They are desperately hoping that gun owners will take them at their word that “I didn’t vote against the bill,” as though somehow they are not responsible for what happened in caucus.

Put another way: these three Senators (Dawson, Sinclair, and Nunn) are trying to play gun owners for fools, hoping that you and I don’t hold them accountable for what they did to Constitutional Carry.

Don’t let them get away with it. A lie about the context of a situation is just as bad as a lie about individual details.

Huge Slap in the Face:

For any Republican to oppose a common sense gun bill like Constitutional Carry here in Iowa is a total slap in the face of the tens of thousands of supporters of Iowa Gun Owners.

Everyone knows that gun owners are the reason we have a Republican controlled Senate right now in the first place  — after the political beating that former Senate Majority Leader Gronstal and his allies received from gun owners in 2016.

Senator Dawson replaced Senator Gronstal in Council Bluffs in election night in 2016, but he didn’t do it alone. Far from it, in fact.

You see, Senator Dawson signed the Iowa Gun Owners candidate survey and sent it back in to our office and he promised in writing to co-sponsor and vote for Constitutional Carry!

(Don’t take my word for it, check out the attached file and read his survey and look at his signature for yourself.)

Armed with Dawson’s campaign promises and Senator Gronstal’s record, the board of Iowa Gun Owners made the decision to spend a tremendous amount of the money you gave us to expose Gronstal.

Never forget, this is YOUR money. Gun owners like YOU are the ones who give us the ability to fight on your behalf.

YOU ran 36 TV ads on channels like WOWT, KPTM, and KMTV exposing Gronstal and highlighting Dawson’s pledge to back Constitutional Carry.

YOU rolled out 25 radio ads on KFAB, doing the exact same thing.

YOU deployed over 12,000 ‘slicks’ and another 12,000 pieces of direct mail, packed with information on Dawson’s promises.

And many of you joined our staff and volunteers (I took 4 of my kids along) to go door-to-door passing out our scorecard, giving voters the facts about Gronstal and Dawson.

In total — in this one race alone — Iowa Gun Owners members allowed us to spend $35,000, exposing Senator Gronstal and telling everyone about Dawson’s pledge to fight for Constitutional Carry.

So between all that gun owners did for him, not to mention the fact that the man gave gun owners his word just two years ago, you might expect Senator Dawson to fight for us.

But the opposite has been true.

He refused to cosponsor Constitutional Carry this session, breaking his campaign promise.

And yesterday in that private caucus meeting, when we needed him the most, Senator Dawson stabbed gun owners right in the back by refusing to help move Constitutional Carry through the committee.

It’s that’s not the very definition of a slap in the face to gun owners, then I don’t know what is.

Keep the political backdrop in mind as you read this email.

At the exact same time I was being told that this bill is being tabled because lawmakers are tired of the pressure from gun owners, Oklahoma Governor Kevin Stitt held a signing ceremony for Constitutional Carry.

This was the second state in just 6 weeks to pass this bill into law, as neighboring South Dakota did so in January!

Yet despite large ‘pro-gun majorities’ in Des Moines, legislative leaders are refusing action on this bill.

We have one week for the Judiciary Committee to advance this bill before the funnel deadline. One week.

So it’s simple, Senators’ Dawson, Sinclair, and Nunn need to hear from you immediately!

As you are a member of the Senate Judiciary Committee, I demand that you advance Constitutional Carry through the committee before the upcoming ‘funnel deadline.’

If Constitutional Carry isn’t moved through the Senate Judiciary Committee in one week, it won’t be the Democrats who killed it.

Rather, our ‘allies’ like Senator Dawson (up in 2020,) Senator Sinclair (up in 2020,) and Senator Nunn (up in 2022,) will have betrayed gun owners –- who are the only reason Republicans have a majority in the first place!

This bill is moving in red states all over the country right now, with two states passing it into law in just the past 6 weeks! Iowa should be doing the same thing.

I will be watching your actions on this matter very, very closely.

Again, you can text them, call them, email them, Facebook message them or visit them at a forum this weekend. Either way, make sure they hear from you.

We have one week left to advance this bill.

With so many other states passing this bill this year, the idea that Iowa lawmakers are going to make gun owners wait yet another year is simply outrageous!

And please consider joining Iowa Gun Owners if you haven’t done so yet. We need as many Iowans as possible standing with us in this fight.

Now is the time!

P.S. Yesterday’s betrayal of gun owners by key members of the Senate Judiciary Committee has gun owners angry from Rock Rapids to Keokuk!

For all the details on what happened, please read the entire email above and then take immediate action using the information that is provided!

We have a week left to advance this bill through the committee — it’s time to ramp up the pressure!

P. P. S. Don’t forget to check out the attachment of Senator Dawson’s written promised to fight for Constitutional Carry law, send in to our office in May of 2016. This is what we are facing in Des Moines, lawmakers who will say anything on the campaign trail, and then do the opposite once safely in office.