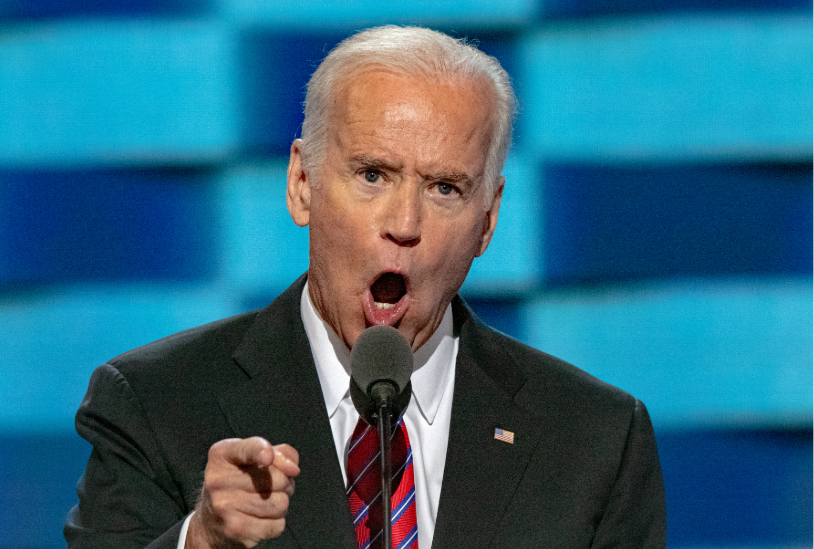 Barring a miracle, Joe Biden will be the President in just over three weeks, and you can expect the attacks against our gun rights to commence immediately!

Michael Bloomberg spent $100,000,000 to elect Biden and to ensure that Nancy Pelosi retained control of the U.S. House of Representatives — and you can bet he’ll want his money’s worth.

A national gun registry, gun confiscations, mental health tests for gun owners, new gun and ammo taxes, everything is on the table in 2021.

But here in Iowa, we can safeguard the gun rights that we currently have and nullify federal gun control edicts from Washington by passing the Second Amendment Preservation Act (SAPA.)

It nullifies federal gun control laws by requiring Iowa’s peace officers to only enforce state laws regarding firearms, ammo, and accessories — and only if state law complies with the Second Amendment.

This means that if Congress passes a federal law requiring the confiscation of the AR-15 and all magazines that hold over ten rounds of ammunition, Iowa’s city, state, and county authorities would be required to ignore it.

This legislation is based on the anti-commandeering or federalism doctrine which states that the federal government may not simply ‘commandeer’ the state’s legislative process and force its agenda on the states.

The Supreme Court has upheld this idea for hundreds of years. Consider the following examples:

>>> In its 2018 Murphy v NCAA decision, the Supreme Court reaffirmed the fact that the state legislature in New Jersey had the right to place restrictions on sports gambling, even though the new state law contradicted federal law.

Writing for the majority, Justice Samuel Alito made it clear that federal law may not simply trample over states rights when he said, “A more direct affront to state sovereignty is not easy to imagine.”

>>> In its 1997 New York v United States decision, the Supreme Court stated that the federal government could not simply force New York State to dispose of radio active waste in violation of a state law that prohibited it.

Writing for the majority, Justice Sandra Day O’Conner stated that “Congress may not simply commandeer the legislative process of the States.”

>>> In its 1997 Printz v United States decision, the Supreme Court agreed with Sheriffs’ Jay Printz and Richard Mack that they could not be forced to enforce the Brady Gun Control bill.

The Court wrote that even though the Brady Act may have been perceived to be a necessary policy at the time it was enacted, it must be held unconstitutional because it offends “the very principle of separate state sovereignty” found in the Constitution.

>>> In its 1842 Prigg v Pennsylvania decision, the Supreme Court held that the federal government could not simply force the states to enforce the Fugitive Slave Act of 1793.

This law required states to return fugitive slaves, something that Pennsylvania refused to do, citing the sovereign authority as a state. The court agreed with them, allowing their noncompliance.

>>> And in the 2012 ObamaCare case (NFIB v Sebelius,) the Supreme Court cited the anti-commandeering doctrine again, as they affirmed the states’ right to refuse to expand Medicare.

More, the Court also prohibited federal retribution through the withholding of federal funding for state programs!

So as you can see in the cases above, the State of Iowa clearly has an absolute right to refuse to enforce federal gun control laws — or any other law that they deem unconstitutional or immoral.

In fact, when Iowa Gun Owners got started back in 2009, everyone was talking about the ‘Firearms Freedom Act’ as a way to stop Obama’s expected war against gun owners.

This legislation had a major flaw, however, in that it required the State Attorney General to defend a gun owner whose gun rights were being curtailed in violation of the ‘Firearms Freedom Act.’

Clearly trusting any Attorney General to stand in the gap for gun owners is just wishful thinking, and that goes doubly true with Iowa’s AG Tom Miller!

Our SAPA legislation is much different. The bill we will be bringing forward allows individual gun owners to bring government officials who violate their rights to civil court on their own initiative to seek relief.

So should Des Moines Mayor Frank Cownie order the Des Moines Police Department to carry out a federal gun confiscation law (something they would happily do) in violation of Iowa’s SAPA law, then everyone involved could be brought to civil court!

No, this legislation would not stop federal authorities from enforcing federal gun control laws here in Iowa.

But the truth is that the federal government relies on state and local authorities to enforce the vast majority of federal law, as they simply lack the manpower.

And if Iowa’s peace officers are statutorily unable to assist the federal government in violating our Second Amendment rights, then their gun control laws will simply go unenforced in Iowa!

But you and I both know that passing this legislation will not happen without a fight in the Capitol, not with the weakness that Iowa’s House and Senate leaders have shown over the last three sessions.

If we want to stop federal gun control in 2021, not to mention stop the hyper-moderates who are taking more and more ground in Des Moines, we need to push harder than ever next session.

So make sure you’ve signed your petition!

But I hope you will also make a donation to help us mobilize as many gun owners as possible using our social media, email, and digital ad campaigns.

The next four years are going to be very tough for gun owners. Our children and grandchildren are counting on you and me to stand in the gap and hold the line for their freedom.

In Iowa, that starts with passing SAPA legislation.

P.S. The 2021 legislative session is just days away in Des Moines, and with Joe Biden determined to pass a massive gun control agenda next year, it’s vital that we pass the Second Amendment Preservation Act!

But that’s not going to happen without a fight, as anti-gun moderates and radical leftists will being doing all they can to shut us down.

Please sign your petition in support of SAPA law immediately!

Then please make a generous donation to ensure that Iowa Gun Owners has the resources we need to mobilize a massive grassroots army for this bill!