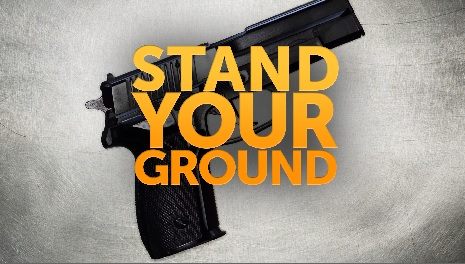 After years of battling with an anti-gun State Senate led by the notorious Senate Majority Leader Mike Gronstal — the fight for Stand-Your-Ground law will hit the Senate floor tomorrow according to multiple sources!

While we won’t know for certain for a few more hours, I need you to take immediate action!

With your help, we’ve been firing on all cylinders this session, hammering away on the legislature trying to bring Stand-Your-Ground law into reality.

We’ve worked the media circuits, telling the truth about what Stand-Your-Ground law would do.

We’ve used social media posts and videos to give you the very latest updates from the Capitol.

We’ve deployed tens of thousands of pieces of mail and sent millions of emails this session!

And we’ve dominated the airwaves with a statewide radio campaign!

All of this was done to crank up the heat in Des Moines and put us where we are today: just a few steps away from passing this vital legislation!

Thank you, so much, for your generosity which has funded this program in its entirety!

It’s gun owners like you — who put their money and their activism where their mouth is — that have helped us make such huge strides in advancing our Second Amendment freedom in the last few months.

But everything rests on the Senate vote tomorrow, which is why I’m urging you to contact your Senator immediately.

Passage of a gun bill is all but a forgone conclusion.

Your activism, going back to last year’s elections, made sure of that.

What’s not a forgone conclusion is what the bill will look like when all is said and done.

Liberal anti-gun Senators like Janet Petersen and Matt McCoy will be doing everything they can to whip their caucus into backing harmful amendments.

Turncoat Independent State Senator David Johnson, formerly a pro-gun vote in the legislature, also intends to run amendments on this bill and plans to vote “NO” on the bill as of this moment.

And we definitely have to be worried about some of our moderate ‘friends’ in the Senate — who may wilt under pressure and accept harmful amendments, like House Speaker Pro-Tem Matt Windshitl did earlier this session.

So please, take a moment right now to contact your Senator and insist he vote in favor of HF517!

You can find out who your Senator is by clicking here.

Once you have your Senator’s name, just click on his name and you’ll see his email address and phone number. You can also call the Senate switchboard at 515-281-3371.

Make sure you send him a message on Facebook, too!

Your message is simple: pass Stand-Your-Ground legislation with no weakening amendments of any kind!

This bill is jam packed with pro-gun provisions in addition to Stand-Your-Ground law, including:

>>>  Removal of the ridiculous law that makes it a crime for parents and grandparents to decide when to teach children to shoot a pistol.

Under current Iowa law, you can be thrown in jail for teaching your 13-year-old son to shoot a .22 trainer’s pistol.

>>>  Emergency powers legislation that would remove the Governor’s ability to ‘suspend’ your gun rights during a natural disaster.

Commonly called the ‘Katrina Bill’ after the fallout from Hurricane Katrina where the governor temporarily suspended citizen’s gun rights, this bill would prevent that from happening in Iowa.

>>>  Pre-Emption reform language that would prohibit cities and counties from enacting their own gun ban.

While the enforcement mechanism requires citizens to take action in court to overturn local bans, the ban is in place and the IGO Legal Foundation can and will go to court.

>>>  Permit confidentiality language that would protect a gun owners right to privacy.

And unlike past versions on this bill that were watered down, this legislation requires a court order for the sheriff to release your permit status.

>>>  Language that removes the ban on carrying a handgun in the Iowa Capitol for anyone who has a permit.

After all, it’s called the ‘People’s House’ for a reason, and only allowing legislators to carry in the Capitol smacks of elitism, something that many states have long done away with.

>>>  Streamlining the permit and renewal process.

We all know how messy the renewal process is currently, made more so in certain counties where the sheriff is anti-gun. That process will become simplified.

>>>  Provisions to allow for Short Barreled Rifles (SBR’s) in accordance with federal law.

While it’s not everything we were hoping for, it’s a great step forward — as long as we can stave off harmful amendments!

So please contact your Senator today, and insist that he support the bill and oppose any weakening amendments!

We’re in the home stretch — let’s get this done!

And if you can, help us cover the cost of our statewide radio program.

This ad has been generating a flood of calls into the Senate and we need to keep it up until they cast their vote!

P.S. The full Senate will be voting on Stand-Your-Ground law tomorrow –- meaning you need to contact your Senator right away!

Anti-gun radicals like Senator Petersen and McCoy are trying to undermine this bill.

Turncoat Senator David Johnson, formerly a pro-gun legislator, has also announced that he’ll be a “No” vote and intends to run harmful amendments against this bill!

It’s going to be a fight to the finish, so make your voice heard — call now!

And please make a donation to Iowa Gun Owners!

We’ve been pounding the airwaves with this ad all over the state but we need to keep it going until the vote is complete!