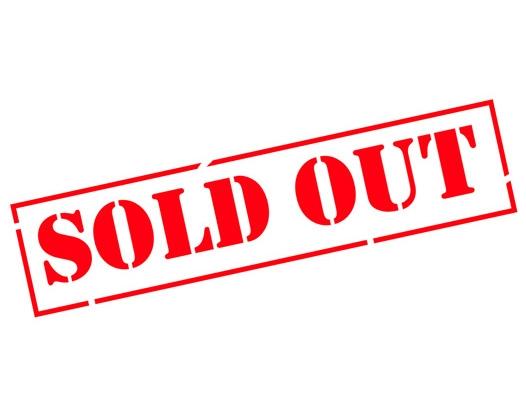 It’s been quite a week in the fight to defend the 2nd Amendment.

After our last email, thousands of you contacted Senator Grassley’s office and insisted that he join with over 20 of his colleagues and support the filibuster – a procedural move designed to stop the advance of the gun control proposal that was on the Floor last week.

Thanks to your calls, emails, and in person conversations at his town hall forums last month, Senator Grassley supported the filibuster.

Unfortunately, with the help of close to two dozen NRA “A” rated Senators in Washington, the filibuster did not hold and the bill has now moved to the Floor for debate in the Senate.

More, our sources are telling us that now that the filibuster has passed, Senator Grassley is moving quickly to draft his own gun control proposal as we reported earlier. More on that in a minute.

In the meantime, many of you have been emailing and calling us wanting to know what’s in the “Toomey-Manchin Compromise.”

Before we get to that, you need to know that while this “compromise” is being pushed hard by notorious gun-grabbers like Diane Feinstein and Charles Schumer – they had help – from our own side.

The 2nd Amendment Foundation (aka Citizens Committee for the Right to Keep and Bear Arms) has admitted that they helped write this back-room deal!

Groups like this are so concerned about having their “seat at the table” that when the chips are down they will sell us out in an attempt to protect their establishment credentials.

This is what sell-out groups do best: try to make their members accept sellouts and compromises in a vain attempt to placate the gun-grabbers who will never be satisfied even after we do compromise!

And oh, what a deal they’ve struck for us!

The Toomey-Manchin deal is such a defeat for gun owners it’s hard to know where to start.

Here are some of the highlights, if this legislation becomes law:

Section 117 stipulates that no longer do HIPPA laws apply for purposes of a background check! The goal is to find people who are adjudicated mentally defective. A noble goal perhaps, but since the 2007 NICS Improvement Act, the definition of mentally defective has been flung open to include anyone who can’t manage their own affairs or people who are a threat to themselves.

Think your elderly parents who have signed their finances over to you via a Power-of-Attorney agreement. Or imagine you are talking to your psychologist and venting steam – if your psychologist takes it the wrong way your name goes on the list.

Don’t forget, in many cases these service providers are being funded by Medicare, Medicaid, the VA, or Social Security disability. In other words, you can not simply assume that their loyalties lie with you any longer, especially in the age of Obama Care.

***  If you buy a firearm over the internet, or even first      heard about the firearm for sale on the internet and      later bought it in person, you are looking at a prison      sentence.

If you’ve ever bought a gun off of gunbroker.org, armslist.org, or found one by looking at Craigslist.com you know how helpful this is. You can quickly and easily narrow your search to find just the right firearm for you. Sometimes the deal requires the firearm to be shipped to a dealer and sometimes it does not. Not any longer.

If you so much as send an email to your friends telling them about a firearm that you have for sale, you’d be in violation of this statute.

While doing absolutely nothing to slow down criminals in their acquisition of guns – it would greatly hamper the options that law abiding gun owners have when selecting their next firearm.

***  The proposal opens the door for the ATF and Justice      Department to take electronic copies of a dealer’s 4473      form upon making their routine inspections!

This is one of the compromises that the 2nd Amendment Foundation is so proud of. They are selling this as a good thing, since the ATF can’t seize the records.

However, this is all smoke and mirrors since all the ATF does these days is copy the hard drive of the dealer in question and adds that to their registry. Nothing in this legislation would stop ANY of this.

***  The legislation encourages the Justice Department to      prosecute violations of background checks to the      ‘fullest extent of the law.’

Naturally, the Justice Department will not prosecute their own leader, Eric Holder, who’s department allowed thousands of firearms to be given over to drug and weapons smugglers on the border which lead to the death of American cops and thousands of Mexican citizens.

Certainly this sounds great on paper, right? Except for the fact that if you have ever smoked marijuana in your life, and fail to disclose that on your 4473 form, you are now in violation and are facing a 10 years stint in federal prison since the Justice Department will be prosecuting you “to the fullest extent of the law.”

Iowa Gun Owners is not condoning the use of marijuana or any other drug. But to think that you have to choose between losing your right of self-defense or go to jail for 10 years for failing to mention that on your 4473 form is completely ridiculous.

I could go on.

Clearly this legislation is a massive step in the wrong direction for gun owners.

Of course, we shouldn’t be surprised since ANY legislation that Senate Majority Leader Harry Reid allows onto the Floor of the US Senate will be bad.

This is a very dangerous time for gun owners – and not just because of these proposals that will likely be voted on in the Senate later this week.

You see, the only reason we are dealing with a bill like this is because Senator Pat Toomey, who has an “A” rating from the NRA, brokered a deal with Democrat Joe Manchin.

Even as President Obama’s proposals were losing steam, and many in the national media were saying that gun control “reforms” were dead: along came the infamous back room deal to breathe new life into these attacks on our rights.

Insiders are telling us that now as this bill moves to the Floor for debate, Iowa’s Senator Charles Grassley is pressing ahead with yet another “compromise” gun control bill.

We’ve not seen this bill yet, as it’s being kept under wraps in DC, but it’s obvious that any compromise with the likes of Diane Feinstein will be a major blow to gun owners.

It’s vital you keep up the pressure!

In the coming days, we’ll tell you more about what you can do to help us stop this attack. But for today, please do these three things:

1. Call Senator Grassley and Senator Harkin and DEMAND     that they vote NO on any gun control measures put before them. Urge Senator Grassley to stop trying to placate gun grabbers with yet another compromise as we’ve clearly seen where that leads.

You can also reach Senator Grassley on Facebook here.

2. Pass this along to every gun owner you know! Urge them    to get involved and make their calls and send their     emails today.

3. Encourage your friends to get involved with Iowa Gun     Owners. They can sign up for email alerts for FREE.     Memberships are very reasonable and they can have the     satisfaction of knowing that their money goes directly to the fight to stop gun control that affects all Iowans.

Thank you for your activism to date.

There is nothing a gun-grabbing politician hates more than an educated, mobilized electorate.

Help us keep the pressure on the politicians so that we can pass along the same proud heritage of gun ownership to our children and grandchildren that our fathers and grandfathers passed along to us!

P.S. Just as the gun-grabbers saw their agenda starting to die out, NRA “A” rated Republican Pat Toomey (R-PA) struck a deal with Democrat Joe Manchin (D-WV) which has breathed new life into this debate.

Now that the filibuster vote failed last week, we may be seeing a Floor debate any minute on this new “compromise.”

This “compromise” – authored by the sellout 2nd Amendment Foundation (aka Citizens Committee for the Right to Keep and Bear Arms) – does tremendous damage to our 2nd Amendment rights as described above.

While Senator Grassley voted properly last week on the “motion to proceed” – our sources tell us that he’s still drafting his own compromise bill which may be unveiled soon.

Please take a moment to contact Senators Grassley and Harkin as the Floor vote could happen any moment. Demand that they vote NO to ANY form of gun control. Insist that Senator Grassley stop trying to “fine-tune” gun control with his new proposal.

Please also encourage your friends to get involved with Iowa Gun Owners. We’re the ONLY organization in Iowa who will sound the alarm when our rights are threatened, regardless of party affiliation. You can count on us to never sell-out your rights when you need us most. They can get involved here.