Stand-Your-Ground Law is Heating Up!

Stand-Your-Ground Law is Heating Up! 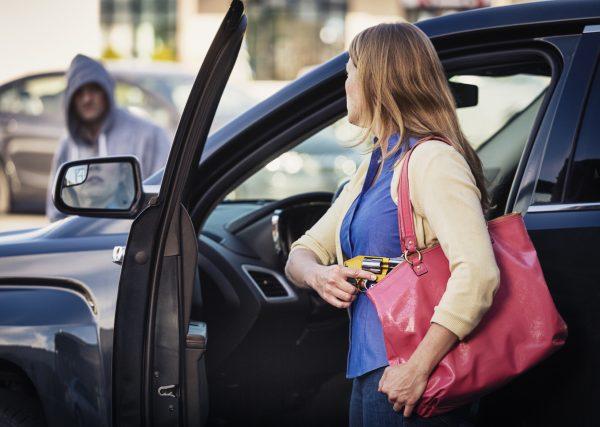 With the Iowa General Assembly now in session, gun-grabbers are doing everything they can to derail ANY action on pro-gun bills.

They know their backs are against the wall.

They know — after the shellacking they took in the 2016 elections and the new majorities in Des Moines — they can no longer count on gun-grabbers like Senate Majority Leader Mike Gronstal to simply sweep pro-gun bills under the rug without a vote.

So they’re resorting to every trick in the book — from foot-dragging, to legislative horse-trading and even whispers of a legislative walkout to stop you and me!

And without your action today I’m afraid they could very well get their way — especially with Stand-Your-Ground law.

That’s why I’m counting on you to please sign and submit the petition that we’ve prepared for you below. More on that in a moment.

As you’ll see, this petition insists your State Representative and Senator cosponsor Stand-Your-Ground law which is being introduced this week.

If passed, the Iowa Stand-Your-Ground Bill simply states that law-abiding Iowa gun owners can defend themselves against attackers without fear of prosecution.

Here in Iowa — instead of the law empowering you to defend yourself — you have to do everything in your power to run away from armed thugs!

I know you’re not surprised.

Whenever some thug commits some horrific crime, the gun-grabbers always rush to place blame — not on the criminals themselves — but on law-abiding gun owners!

So is it any surprise they’ve written the law to protect criminals first — even when it’s your and your family’s safety at stake?

Under current law, innocent gun owners are routinely prosecuted for nothing more than protecting themselves.

That’s exactly the way the gun-grabbers want it.

If they can’t ban guns outright just yet, ensuring law-abiding citizens are too stricken with fear to exercise their Second Amendment rights is the next best option.

Our lack of a Stand-Your-Ground law is one big reason that Guns & Ammo Magazine says there are only 12 states in the country with WORSE gun laws than Iowa.

With fights in Des Moines raging over Constitutional Carry and Stand-Your-Ground legislation, the gun control crowd is ready to do all it can to pour enough sand in the General Assembly’s gears to stop one or both of these reforms . . .

In fact, I’m even hearing whispers of a walkout being threatened — just like gun-grabbers in the House launched in 2012 in a hissy fit over gun bills being placed on the legislative calendar.

Stopping their schemes to derail Constitutional Carry and Stand-Your-Ground will require non-stop pressure from Iowa Second Amendment supporters just like you.

By no means is either battle a “gimme.”

But with Constitutional Carry sucking up much of the oxygen in the room, I’m most concerned right now with Stand-Your-Ground.

The truth is, BOTH reforms are critical.

Just last year, in neighboring Missouri, they passed both Stand-Your-Ground and Constitutional Carry in the same bill!

And that’s why I’m counting on you to please sign your petition IMMEDIATELY.

The more petitions I can generate, the more momentum you and I will have.

After the results of the 2016 elections, politicians all across Iowa understand the true power that Second Amendment supporters wield when we’re energized and mobilized.

But some are hoping 2016 was just a presidential year “flash in the pan.”

It’s up to you and me to PROVE we’re not going away!

That’s why a flood of petitions from good folks like you all over Iowa can send a LOUD-AND-CLEAR message to every State Representative and Senator . . .

“VOTE FOR STAND-YOUR-GROUND — OR RISK PAYING THE PRICE AT THE POLLS.”

And, if possible, please agree to your most generous financial support as well.

Your generosity today will help Iowa Gun Owners put into action our four-part plan to pass Stand Your Ground in Iowa, including:

1)   Generating 50,000 petitions from all over Iowa insisting the General Assembly pass Stand-Your-Ground;

2)   Using email, social media and Internet ads to mobilize an additional 20,000 Iowans from all over the state;

3)   Working the blogs and granting media interviews to explain from a former cop’s perspective exactly why Stand-Your-Ground would make Iowa freer and safer;

4)   Paying for hard-hitting radio, newspaper and even TV ads to ensure politicians are feeling the most heat right before they’re forced to vote.

The good news is, just as you saw in 2016, your action is proven to make a difference.

And by any measure, batting a thousand ain’t bad.

But right now is our real test.

Right now is when you and I find out if we can translate Second Amendment supporters’ victories at the polls into true pro-gun reforms . . .

That’s why, in addition to signing your petition, I must ask for your most generous contribution of $100, to enable me to mobilize more gun owners.

I know that’s a lot to ask for.

But with the General Assembly now in session, I’m asking all IGO members and supporters to stretch — especially as we’re still financially rebuilding after our successful but costly election program.

Every dollar will help me push forward for Stand-Your- Ground in Iowa.

So please sign your Stand-Your-Ground petition and make your most generous contribution of $100, $50 or at least $25 IMMEDIATELY!

P.S. With the General Assembly now in session, the battle over Stand-Your-Ground is heating up.

Passage is not a “done deal” by any means.

Today, I need your help in turning up the heat on Stand-Your-Ground.

Won’t you please sign your Stand-Your-Ground petition, and submit it back to me IMMEDIATELY?

Once you have, please consider your most generous contribution of $100, $50 or at least $25 IMMEDIATELY, to help me crank up the pressure!