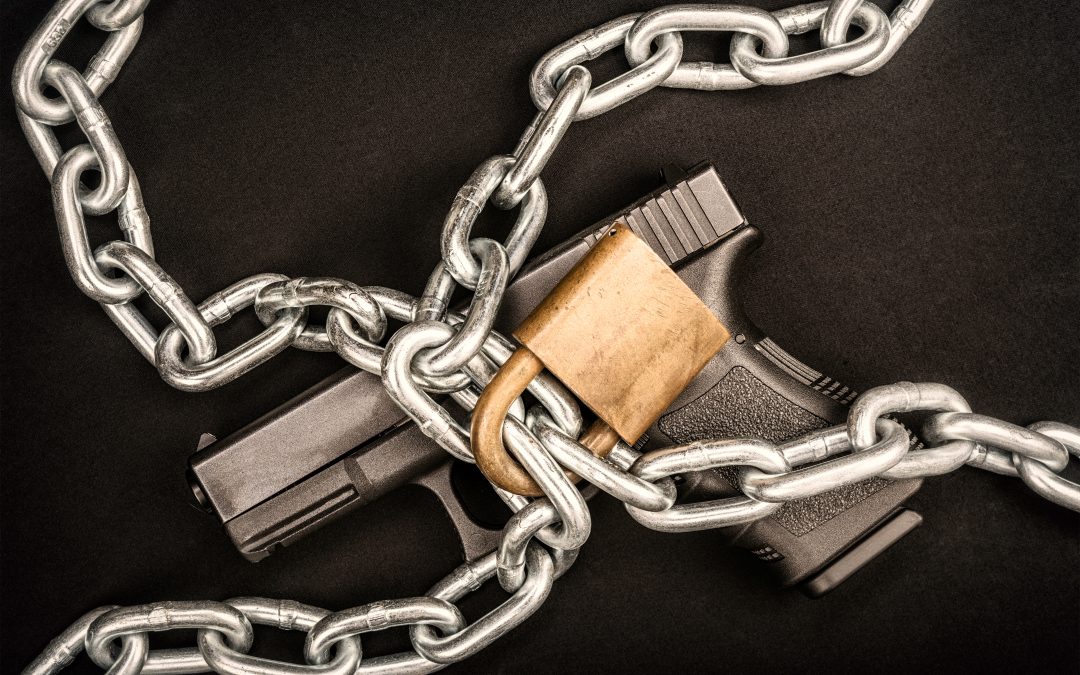 With Joe Biden in the White House, radical gun grabbers in Washington, D.C. and right here in Iowa are determined to take a sledge-hammer to our freedoms.

And while these socialists want to pass dozens of gun control bills, enacting a statewide list of gun owners is at the very top of their list.

H.F. 128 accomplishes this by requiring a federal NICS check  before you can sell or transfer any firearm.

They are anything but.

Universal Background Check legislation is incredibly dangerous and has just one purpose: to track, trace, and register every single gun owner in Iowa and facilitate the gun-grabbers ultimate goal of gun confiscation!

Think about what this bill would do.

If you want to pass a family heirloom firearm down to your grandson, he would have to submit to a government check first — or you would be facing FELONY CHARGES!

If your adult daughter moved out of your home and set up an apartment of her own, and you wanted to give her a Glock 19 for protection, she would have to submit to a government check first — or you would be facing FELONY CHARGES!

Even loaning a lifelong buddy a shotgun for a weekend hunting trip would require a government check first –- or you would be facing FELONY CHARGES!

Representative Hunter and leftist media outlets here in Iowa want to browbeat gun owners into accepting this legislation without a fight, under the guise of stopping violent crime.

And no future criminal would be stopped from committing a crime should this legislation pass into law, either, as they would simply steal their firearms or get them from other criminals.

Bruce Hunter knows this of course — he just doesn’t care. This is strictly about building a massive federal database of every gun owner in Iowa!

But it’s even deeper than that.

Crazed leftists like Rep. Hunter hate the Second Amendment and the hundreds of thousands of gun owners across Iowa who stand up to defend it. He knows that we stand between him and his goal of turning Iowa into a socialist state!

But while Bruce Hunter is the lead sponsor of this bill, he’s being backed up by a large number of the Democratic caucus members like Representative Olson, Jacoby, Anderson, Kressig, Wessel-Kroeschell, Steckman, Cahill, Wilburn, Staed, Konfrst, James, Mascher and Brown-Peters.

Make your voice heard! Sign your petition today so that the politicians in Des Moines know where you stand.

Then please consider a generous donation to Iowa Gun Owners, so that we can get the word out to as many Iowans as possible.

Your gift would help us increase our digital and email programs, allowing tens of thousands of additional petitions to be signed by gun owners from every county in Iowa!

These days, party labels don’t count for anything.

And to be very blunt, with a handful of exceptions like Rep. Jeff Shipley, I don’t trust most Republican politicians any more than I trust Democratic politicians where our gun rights are concerned.

So after you’ve sent your email, please make an immediate donation of $100, $75, $50, $25 or whatever you can afford so that we can mobilize as many gun owners as possible!

These days, that’s a luxury we don’t have.

P.S. Fired up with Joe Biden in the White House, radicalized gun grabbers in Des Moines have filed H.F. 128, which would hit you with fines and jail time for not giving the government a list of every firearm you own!

Read the email above for more information about Rep. Bruce Hunter’s attack on your gun rights, then sign your petition against this bill immediately!