As you know, Iowa Gun Owners relies on grassroots pressure to advance or defeat legislation in the Capitol and to hold legislators accountable at election time.

With your help, 35 anti-gun incumbents have been booted from office by mobilized gun owners over the past few election cycles.

That’s why we’re on the verge of passing the largest gun bill that Iowa has ever seen!

But we can’t let up on the pressure — not until this bill has been signed by the Governor.

That’s why, with anti-gun legislators and organizations ramping up pressure in the Capitol, Iowa Gun Owners is launching a statewide media campaign today!

Our goal is simple: to mobilize as many gun owners as possible to call their Senator and insist that they back Stand-Your-Ground law!

But while we’ve placed an initial ad buy, I need your help to keep these ads running.

Of course, these are the same kinds of ads that got Iowans so fired up that they ‘fired’ former Senators’ Gronstal, Sodders, Wilhelm, Schoenjahn, Courtney, and Brase!

Now we’re doing it again, mobilizing gun owners to make sure that they contact their Senator to insist they back HF517 — Stand-Your-Ground law for Iowa!

Check out the ad, you’re going to love it! And once you’ve heard it, please help us fund as many of these ads as you can! 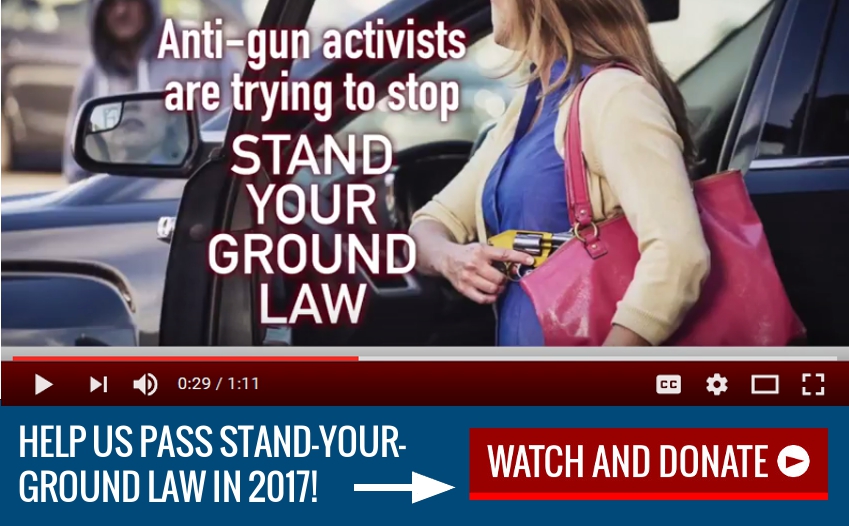 Trust me, this is the kind of ad that’s going to get the phones ringing in the Iowa State Senate!

And with this vote coming as early as this week, we need to get as many gun owners calling as we possibly can.

You can ensure that tens of thousands of gun owners are informed by sponsoring three or even five ads, by clicking here!

But if you want to make sure that gun owners from Keokuk to Spencer and Red Oak to Decorah are making their voices heard in this fight — then please sponsor ten ads today!

It all comes down to this final push in the legislature.

Will all of the hard work and sacrifice that thousands of gun owners made last fall pay off with the passage of Stand-Your-Ground law?

Or will we hear a lot of big talk, with little to no follow through?

You can help us make sure that Stand-Your-Ground law becomes a reality by helping us keep these ads on the air!

Thanks to so many of our supporters, our initial ad buy is covering media markets in Des Moines, Waterloo, Mason City, Sioux City, Davenport, and Council Bluffs.

But that still leaves so many areas that we’re not covering, so many gun owners who may not know that we’re down to the wire here in Des Moines!

With your support, I’d like to hit the smaller markets in addition to our current media buy.

These would include stations like KMCH in Manchester, KSOU in Sioux Center, KVIK in Decorah, KXIA in Marshalltown, KCHA in Charles City, KIWA in Sheldon, KLMJ in Hampton, and many more!

Iowa Gun Owners is pulling out all the stops in this fight, and we have been all session.

We’re sending out mail by the truck load to alert gun owners. We’re deploying emails around the clock and reporting live on Facebook every other day.

There’s no time left for direct mail, but with an ad campaign like I’ve laid out above we can — in these final days — alert tens of thousands of gun owners and get them involved!

P.S. With anti-gun pressure mounting in Des Moines over Stand-Your-Ground law, and with a showdown coming to the Senate floor any day — Iowa Gun Owners launched a statewide media buy this morning!

Our goal is to mobilize gun owners by the tens of thousands, urging them to call their Senator and insist that they back Stand-Your-Ground law!

While our initial ad buy is locked in, there’s many more parts of the state that we need to reach out to.

So please, listen to the ad below and then sponsor as many additional ads as you can, right away!

This vote may happen this week, so please, help us get the word out by sponsoring one, three, five, or even ten ads today!

Video Update on the Fight for Stand-Your-Ground Law in Iowa!