Taking It to Steve Sodders in His District!

Taking It to Steve Sodders in His District! 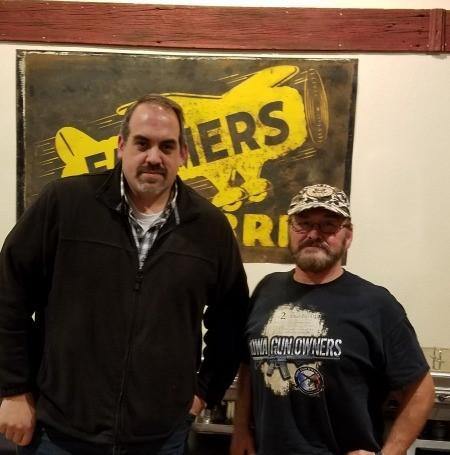 Steve Sodders is feeling the heat!

Immediately to our South, many Missouri Democrats voted in support of Constitutional Carry and Stand-Your-Ground earlier this year!

It comes down to the elitist attitude of a handful of powerful legislators in Des Moines who think that they know what’s best when it comes to your family’s safety — versus the citizens whom they are supposed to represent in the first place.

Well, yesterday, over a dozen of those citizens made it their mission to tell Sodders that they’ve had enough of his attacks against the 2nd Amendment!

They joined with IGO staff and volunteers in going house-by-house blanketing Senate District 36 with flyers designed to expose Sodders just days before gun owners head to the polls!

IGO’s Aaron Dorr (L) with Jack K., from Strawberry Point, who won a Ruger 10/22 from Iowa Gun Owners for helping us blanket Senate District 36 this weekend.

The fact it, Sodders is scared.

It was just a couple of years ago when then Judiciary Chairman Keith Kreiman voted against Constitutional Carry on the Floor, and used his power as the Chair of the committee to block other pro-gun legislation.

Iowa Gun Owners made it our mission to expose Kreiman during the 2010 election cycle — and we hit him with everything we had — and watched gun owners boot him out of office, replacing him with pro-gun Senator Mark Chelgren.

The margin of victory in that race: 10 votes!

The members of Iowa Gun Owners run the political spectrum, and are often single issue voters, making us one of the most fearsome voting blocs in Iowa.

That’s exactly why we were out there pounding the pavement yesterday in Tama and Marshall county.

Lots of groups talk tough during the legislative session, and then do almost nothing during election time.

But IGO members are different.

That’s why we were out there yesterday, making sure that gun owners all over Tama and Marshall County know exactly how much harm Sodders has caused the 2nd Amendment here in Iowa so they can make an informed decision on Tuesday!

Most organizations are scared to attack powerful legislators like Steve Sodders, preferring to beg him to get their bills passed.

But Iowa Gun Owners, and the volunteers who stood with us yesterday, know that anti-gunners like Sodders must pay a political price for their attacks on the 2nd Amendment or they’ll just keep doing it!

We aren’t here to play games.

Gun-grabbers can block pro-gun legislation during the legislative session and vote in support of gun control — but as long as Iowa Gun Owners exists they absolutely WILL pay a price for doing so!

But none of this would be possible without the support of our members and supporters.

The program that we are running in Sodders’ district right now is huge, combining direct mail, ‘slicks,’ radio and TV ads, and yesterday’s house-to-house operation!

So thank you for giving us the ability to fight for you!

If you walked with us yesterday, we greatly appreciate it. If you were not able to make it, please make a donation to help us fund this program right now!

We have asked much of you, since early voting began back in late September, and you’ve been very generous.

But this is our time! This is when get to hold legislators like Sodders accountable for what they’ve done to us in Des Moines!

And let me tell you, having talked with hundreds of gun owners in person doing this door-to-door activities over the last 6 weeks, gun owners are fired up! 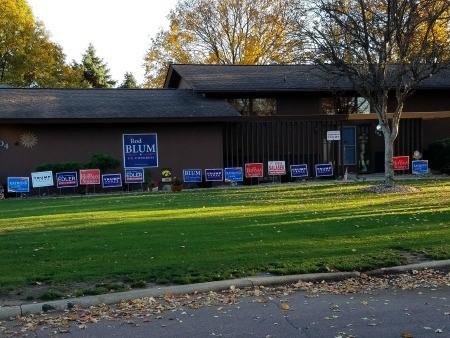 An IGO member’s house in Marshalltown that we came across yesterday. Gun owners are fired up and looking to hold gun grabbers like Steve Sodders accountable on Tuesday!

Sodders is doing his level best to lie to gun owners — telling them that he’s pro-gun — knowing that gun owners can make or break his political career!

It’s vital that we be there to pull back the curtain on the real Steve Sodders!

Too often gun owners assume that ‘they can’t be that bad in Des Moines, this isn’t New York.’ But that’s exactly what Sodders and his ilk are counting on.

They do their best to downplay what happens in Des Moines when they go home and assume that few will learn the truth.

You can help us push back!

There are only a few days left to be effective so we can’t do any more mail or radio ads. But we are hoping to launch a massive blitz on Facebook in these final 48 hours.

Iowa Gun Owners has the largest and most successful social media program in Iowa — we know how to target and mobilize gun owners using this platform!

With a last minute blitz, I know that we can communicate with over 50,000 gun owners!

So please, if you can possibly help us run this final program, donate right now!

Either way, thank you for everything that you’ve done this fall to fight to defend the 2nd Amendment — and make sure you vote pro-gun on Tuesday!

Over a dozen gun owners joined with us — thank you!

Sodders is feeling the heat, as he should, since he’s singlehandedly stopped both Stand-Your-Ground and Constitutional Carry legislation from advancing here in Iowa.

We’re hitting him as hard as we can through the mail, email, and with radio and TV ads that you’ve funded.

But in these final two days, it’s essential that we run the final piece of this program which is our social media program. I can turn this program on in minutes, if we have the resources!

Can you help us?

More than ever, gun owners use Facebook as a tool to get news and share information. Iowa Gun Owners is, hands down, the most active organization in Iowa on social media because we know how to target the right people.

Help us reach out to another 50,000 people — to make sure they have the information they need – before they make their decision this Tuesday!