They Are Trying to Flip Grassley or Ernst…

They Are Trying to Flip Grassley or Ernst… 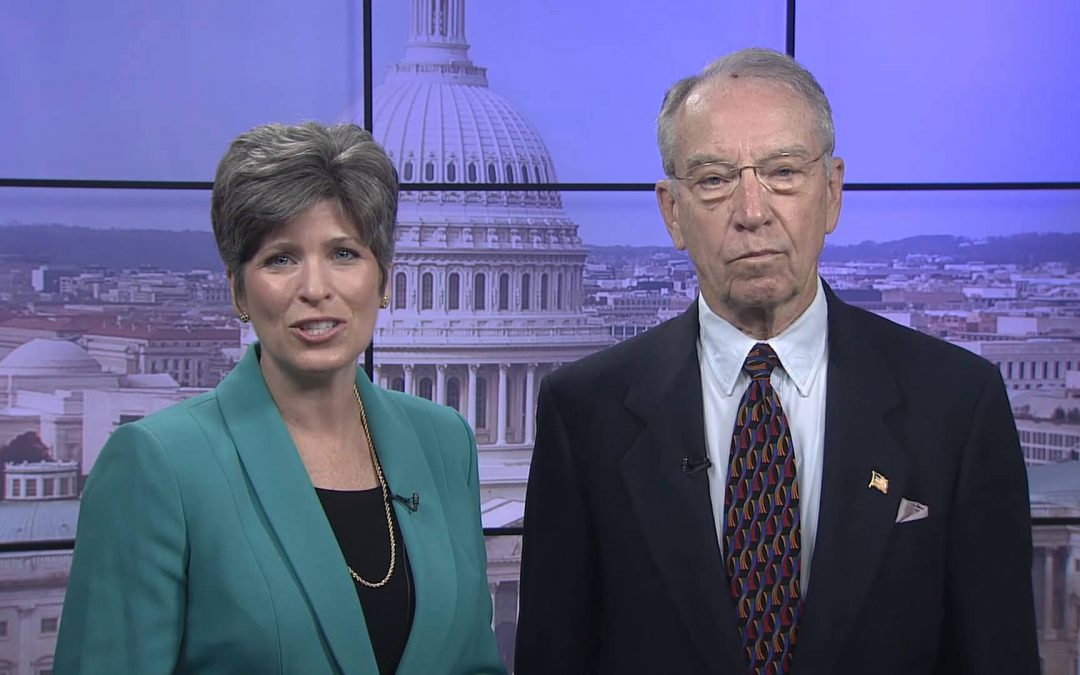 It’s summertime and many Iowans are letting politics take a back seat while they enjoy some time outside, vacations with their families, and watching Iowa kids play Little League baseball.

But for the rabid socialists in D.C. who want to turn American into a tyrannical hellhole where only the government has firearms, there is no off season.

In fact, these crazed socialists are working around the clock right now to find a handful of Republican Senators who will support their ‘Red Flag Gun Seizure’ agenda — giving them the votes they need to move the bill on the floor!

That’s why I hope you’ll send a fresh PRE-WRITTEN EMAIL to Senators Grassley and Ernst right away, reminding them that you expect them to oppose ‘Red Flag’ legislation (S. 292) with everything they’ve got!

Much of Joe Biden’s gun control agenda is crashing on the rocks right now, as gun owners all over the country have mounted a massive opposition to Biden’s national gun registry (H.R. 8) and Dianne Feinstein’s ‘assault weapons ban’ (S. 736.)

But with 5-6 Senate Republicans already in support of some form of ‘Red Flag Gun Seizure’ legislation, Biden’s people know that if they can flip just a few more Republicans, they can get the ‘win’ they have promised Michael Bloomberg and the far left.

And I don’t know about you, but these days, I don’t trust a politician just because he or she happens to be a Republican.

So we can’t just sit back and hope for the best. We need to continue to remind Senators Grassley and Ernst that we expect them to oppose this legislation, and to do so publicly!

There’s a reason why Biden and the ghouls that work for him are pushing for S. 292 so hard. It would give them a blank check to seize guns from law abiding gun owners by:

>>> Allowing liberal judges to order the seizure of your firearms, before you have been arrested or convicted of a crime and based solely on the word of an embittered personal enemy (think ex-spouse) that you haven’t seen in years!

>>> Destroying your due process rights, by allowing your guns to be seized through secret, ex-parte, court proceedings that you would know nothing about, much less be allowed to attend!

>>> Creating a de facto lifetime gun ban in many cases, as the laws often allow the issuing judge or requesting party to seek a renewal every year, which would be granted unless you can prove that you’re ‘safe.’

You see, ‘Red Flag Gun Seizures’ are the radical left’s dream come true because they allow the government to seize every firearm you own — not just your AR-15’s –- and without the ‘hassle’ of having to convict you of a crime in a court of law!

The good news is that if we can defeat Biden’s push for ‘Red Flag’ laws, it will make it that much harder for Biden to pass a national gun registry or a ban on semi-automatic rifles.

So after you’ve sent your email, please make an immediate donation to help us keep leading the fight against Biden’s war on the Second Amendment.

Joe Biden and his pals thought that they could ram their gun control agenda into law in the first hundred days of Biden’s administration.

Instead, Biden’s primary gun control bills are languishing in the Senate and David Chipman — his nominee to run the ATF — can’t even get the support of all of the Senate Democrats!

We can save our freedoms and stop Joe Biden if we stand together. Take action right away!

P.S. Joe Biden’s goal of passing a national gun registry (H.R. 8) and a ban on so-called ‘assault weapons’ (S. 736) is languishing in the Senate — which is why he’s pivoting to ‘Red Flag Gun Seizures.’

With multiple Senate Republicans already supporting this legislation, Biden only needs to flip a handful of additional votes to be able to pass this nasty legislation!

After you’ve sent your PRE-WRITTEN EMAIL, please make a generous donation so we can continue to FIGHT LIKE HELL against Biden’s war on gun owners!