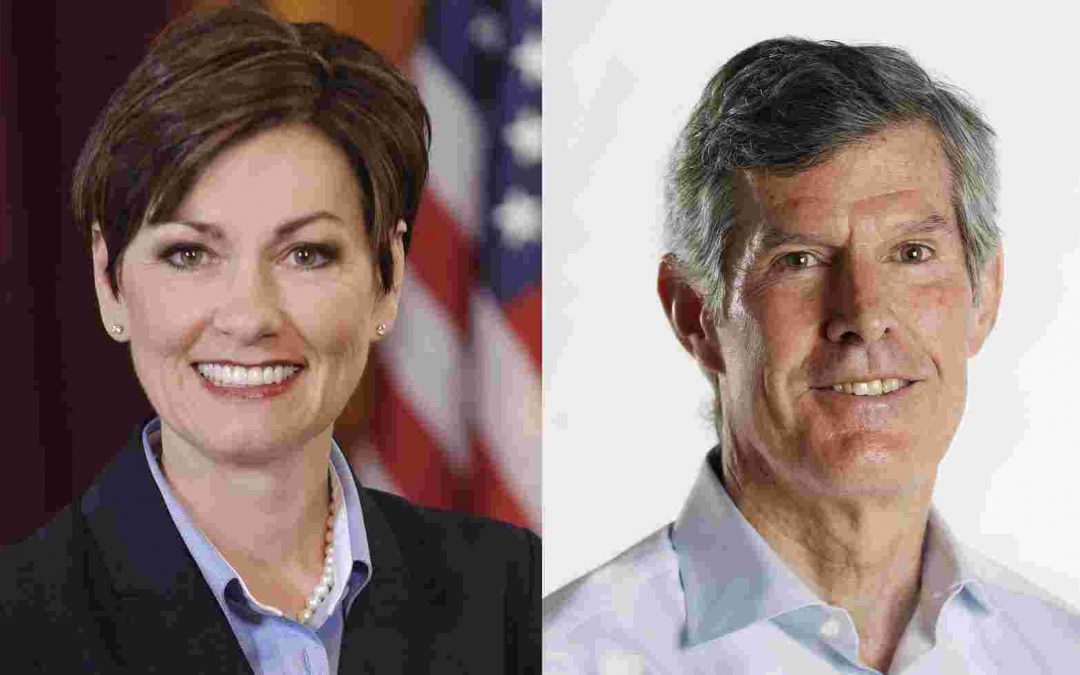 “Which gubernatorial candidate will stand up and fight for gun owners next session in Des Moines?”

I have been asked that question hundreds of times since the June primaries have come and gone.

On the one hand, Fred Hubbell claims to be a supporter of the Second Amendment, using some of the same talking points that moderate Democrats across that country use at election time.

That said, in his primary, Fred Hubbell expressed vague support for expanded gun control in a carefully guarded statement.

Kim Reynolds also professes to be a supporter of the Second Amendment, and voted that way while in the State Senate years ago.

However, last session Reynolds very publicly OPPOSED Constitutional Carry legislation at a critical juncture, saying that she, “felt very strongly that we should keep the gun laws as they are.”

This is blatant political speak for, “Kill the bill,” which had everyone in the Statehouse buzzing.

More, during the massive protests here in Des Moines and nationwide last session in the wake of the Parkland, FL shooting, Reynolds made it clear she was open to universal background checks!

But, at a campaign event in Eastern Iowa just a few weeks ago, Governor Reynolds told several IGO members that she would sign Constitutional Carry legislation into law if it was placed on her desk.

With both candidates trying to play both sides of the issue, trying to determine the truth about where the candidates stand can be very difficult.

And it would be naïve for gun owners to take either candidate at face value, given the statements made by both Reynolds and Hubbell in the recent past.

That’s why I wanted to make sure you knew that Iowa Gun Owners recently sent our 2018 Gun Rights Candidate Questionnaire to both Governor Reynolds and Fred Hubbell.

>>> If elected, would you SIGN OR VETO Constitutional Carry legislation, which would allow law-abiding Iowans the right to carry a firearm, either concealed or openly, without having to first obtain government permission or be added to a government list, as is done in over a dozen other states?

>>> If elected, would you SIGN OR VETO “Universal Gun Registration” legislation that would ban all private party sales and makes criminals out of Iowa gun owners who want to pass on family firearms to their children and grandchildren – and create a database of gun owners at the same time?

>>> If elected, would you SIGN OR VETO ‘Red Flag Orders’ or similar legislation that would deny law abiding Iowans their gun rights without due process through a court of law and without ever having been convicted in a court of law?

You can view the entire survey on our website, by going here.

Both Hubbell and Reynolds will have handlers telling them not to answer this survey, fearing that they could be held accountable if they ever break their campaign promises.

They are right to be concerned, as Iowa Gun Owners would certainly hold either of these two accountable if they break a campaign promise and support gun control as our next Governor.

But you and I can not afford to have the candidates refuse to tell us where they stand!

Saying, “I’m a strong supporter of the Second Amendment” just doesn’t cut it any more, especially since neither Reynolds or Hubbell have signed or vetoed any gun bills.

That’s why I’m asking you to send in our PRE-WRITTEN EMAIL to both campaigns right away, urging them to fill out and return the Iowa Gun Owners candidate survey!

Send your PRE-WRITTEN EMAIL to Kim Reynolds and Fred Hubbell at the same time, right here!

Message Kim Reynolds on her Facebook page, by going here.

Message Fred Hubbell on his Facebook page, by going here.

Remember, it’s not enough for either candidate to make vague generalizations about where they stand.

We need to know, in detail, what they would do as our next Governor on issues like Constitutional Carry, Red Flags Gun Seizures, disarming Iowans under age 21 and much more.

Insist that they fill out their survey.

Don’t forget, former Iowa Governor Terry Branstad was happy to fill out his Iowa Gun Owners survey in the past, and went on to keep his promise by signing Stand-Your-Ground legislation into law.

Remind the candidates of that when you contact them, especially if they won’t commit to filling out the questionnaire.

P.S. With the Iowa gubernatorial election heating up, it’s never been more important that both Kim Reynolds and Fred Hubbell take a stand on the Second Amendment!

The Iowa Gun Owners 2018 Gun Rights Questionnaire has been received by both campaigns.

Please contact them, using our PRE-WRITTEN EMAIL above, and insist that they fill out the questionnaire!