Victory for Gun Owners in Tama!

Victory for Gun Owners in Tama! 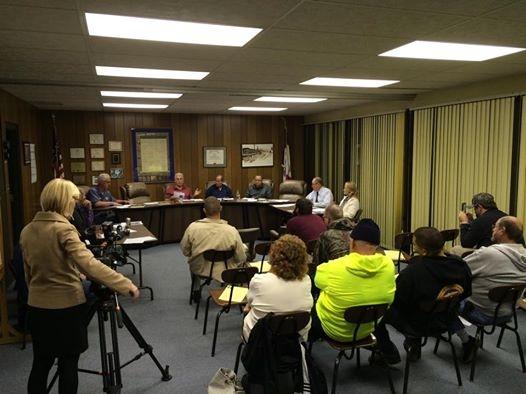 “I made a mistake – and I’m sorry.” So said the Tama City Mayor at Monday’s city council meeting as the city council stopped their senseless attack on the second amendment.

As you may recall from earlier this week, Iowa Gun Owners alerted you to an impending threat against your right of self-defense in Tama, where the city council was attempting to declare all ‘city property’ a gun-free zone.

Of course, gun owners know that these so-called ‘gun-free’ zones are the number one target of violent criminals who are bent on doing harm, since they know that law-abiding citizens will be helpless there.

On Monday morning, we rolled out a state-wide email alerting as many people as possible about this threat.

We also turned to our Facebook page, the largest Facebook page in the Midwest, and instantly alerted 70,000 gun owners about the vote that was set to take place that very night.

After getting many calls from gun owners in and around Tama asking for our help, Iowa Gun Owners’ field staff deployed into Tama and spent most of the day going house-to-house and business-to-business urging gun owners and all law-abiding taxpayers to take immediate action to defend their right of self-defense.

The results were simply amazing, as gun owners poured into the city hall to protest the council’s attempt to take away their right of self-defense.

You see, the weapons ban in Tama would not only limit your right to carry a firearm for self-defense, but would also include other items that many people carry daily including: pepper spray, folding knives, tasers, and many other items that people carry every day to protect themselves and their families from a violent criminal attack.

In response to Iowa Gun Owners’ call to action, a simply staggering number of you got involved and sent emails to the council.

In fact, so many people took action online, that Des Moines TV news crews came up to Tama, one day before the mid-term elections no less, to cover the story.

(Executive Director Aaron Dorr interviewing with ABC Channel 5, in front of the Tama Civic Center, just moments before the city council was poised to vote at Monday’s council meeting to strip you of your right of self-defense.)

In the end, this attack on your gun rights ended in a whimper as the council members voted to remove this language from the agenda in its entirety.

Gun owners in Tama want you to know how thankful they are for galvanizing together and helping them stop this attack on their freedoms.

Tama now joins other Iowa cities like Dubuque, George, and Burlington, where city councils were hoping to slide gun bans in under the radar, before anyone could find out – only to have their anti-gun agenda routed by Iowa Gun Owners members just like you.

This is the power of grass-roots action, folks.

In the past, while a city council might have to deal with one ‘disgruntled citizen,’ they would do their best to marginalize that voice and take away your freedoms one at a time. Clearly, those days are over here in Iowa – thanks to you.

As I type this, another alert IGO Facebook fan has just called our office make us aware of yet another town in central Iowa that is debating banning your right to self-defense.

And this time, the city fathers intend to extend this ban anywhere that ‘city business is conducted’ – effectively stripping you of your right of self-defense in virtually the entire town!

Rest assured, once we track this down, we will be in touch with you immediately to let you know what you can do to help fight to defend your Second Amendment rights.

In the meantime, if you have not already liked Iowa Gun Owners on Facebook, I hope you’ll do it now.

Attacks on our Second Amendment rights come fast and furious here in Iowa, and if you follow us on Facebook, you’ll have up to the minute information on the latest threats and what you can do to help us stop them.

Lastly, if you ever hear that your city council is seeking to ban your right to bear arms, please contact us immediately so we can help mobilize gun owners to get involved!

Once again, thanks to all the Iowa Gun Owners’ volunteers who came out to Tama to help us go house-to-house in stopping this attack on your gun rights!

P.S. After a simply staggering number of calls into the Tama City Council, the council voted to rescind their attempt to strip you of your Second Amendment rights at Monday’s council meeting.

Iowa Gun Owners alerted as many people as possible on Monday morning, using email, Facebook, earned media and boots on the ground to ensure that as many gun owners as possible could get involved in this fight.

And boy did you ever!

As I type this, we’re getting wind of yet another Central Iowa town that is trying to do something similar. We will be in touch with you shortly about this threat.

If you are not on the Iowa Gun Owners Facebook page, you are missing out. Please join our page today, so you can be up to date on the most recent threats to your Second Amendment rights.

And if you ever hear that your city council is seeking to ban your right to bear arms, I hope you’ll contact us immediately via email, Facebook, or by calling us at 515-309-7858.