Victory in Kalona – for Now!

Victory in Kalona – for Now! 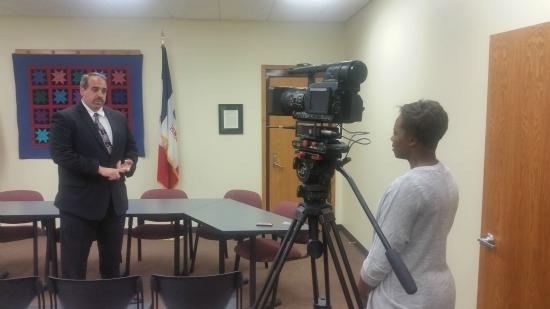 “I just hope you’ll communicate to the members of Iowa Gun Owners that we can’t thank you all enough. We know city hall is rotten, but we didn’t think we’d be able to stop them. IGO members made the difference and we’ll stand along-side of them when it’s their rights on the line!”

This was just one of the dozens of communications I’ve received over the last 24 hours as you successfully SHUT DOWN the Kalona gun ban with your calls and emails! Thank you!

Kalona now joins a growing list of towns that thought they could slide through a gun ban without any opposition or notice. They were wrong.

Early Monday morning at the office we were hearing so many different stories coming out of Kalona that we closed down the office and myself and staff members all headed to Kalona to go house-to-house and business-to-business to hand out flyers making sure that everyone in Kalona knew about the 7pm council meeting. 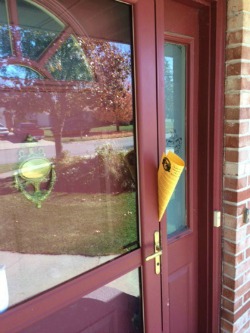 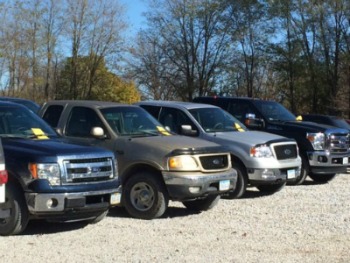 (Iowa Gun Owners’ staff and volunteers passed out thousands of the flyers you see here, alerting everyone in town of the impending council meeting. As a result, the council meeting was standing room only!)

Many in the town still hadn’t heard about this ban on self-defense and were outraged and immediately began to call the city council!

In another case, a home owner came outside and began to yell at us until he realized that we were in town to stop this gun ban – he was fuming about the power grab being attempted by city hall and thought we were there to support gun control.

He’ll be helping at future gun shows now as a volunteer!

When the moment came Monday night, the council took the easy way out and simply pulled the gun ban from the agenda – saying that the Kalona Library Board promised to stand with them in advancing this disarmament scheme but refused to attend the council meeting, so they removed the item from the agenda.

In other words, the city council and library board don’t like being held accountable by gun owners and ran away from the issue once they’d been caught!

And let me tell you, it’s not just members of Iowa Gun Owners and locals who are aware of what happened in Kalona.

The council’s embarrassment is spreading thanks to regional TV networks who were on hand to cover the event, click below to hear some of the coverage. 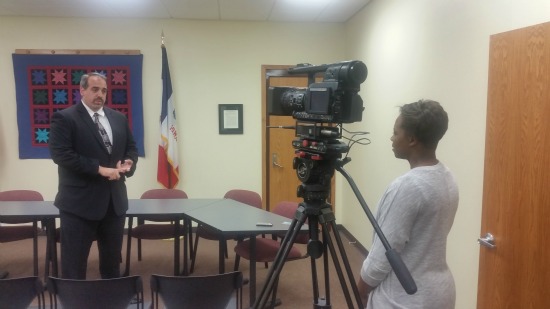 (IGO’s Executive Director Aaron Dorr speaking with CBS2/FOX28 out of Cedar Rapids, moments before the city council pulled their attempt at banning guns on city property, ensuring that gun owners all over Eastern IA were aware of the council’s actions.)

So often, whether it be in a sub-committee room in the State Capitol or the City Hall in Kalona, IA, there’s an attitude of “What happens here – stay’s here.”

For too long, gun owners lost freedoms because no one could hold these people accountable for their actions.

Those that could, local media, are often in the hip pockets of local politicians as they depend on city government for publishing local notices, city budgets, legal notices, etc. to keep the doors open and so they do nothing.

That’s why your involvement in Iowa Gun Owners is so vital! So often, IGO is the only voice in Iowa that gun owners can rely on to stand up to anti-gunners at all levels of government!

In the coming days, I’ll be laying out what 2016 holds for Iowans in the fight for the 2nd Amendment and I hope you’ll consider renewing your support as generously as possible.

For today, thank you for your steadfast support of the 2nd Amendment here in Iowa. As always, your calls, emails, and grassroots activism made all the difference Monday night in Kalona!

If you ever hear of a proposed gun ban in your community, contact us immediately and we’ll do everything that we can to stand with you anywhere in Iowa!

P.S. For the 10th time in a row, your calls and emails have stopped a local government bent on disarming law abiding citizens on city property.

The Kalona City Council pulled their attempted gun ban from the agenda before the Monday night council meeting in response to overwhelming pressure and public embarrassment!

Thank you so much!

Your activism was the only thing that stopped this council and gun owners in Kalona are especially appreciative of your efforts.

If you ever hear of a proposed gun ban in your community please contact us immediately so that we can get involved as fast as possible!

P.P.S. If you live in North Central, IA, make plans to see us at the gun show in Mason City THIS weekend. We’ll be at the North Iowa Events Center 4-9pm Friday and all day Saturday!