We did it again!

Last night, in the heart of the traditionally liberal bastion of Johnson Co., North Liberty joined the ranks of other towns like Nevada, George, North Burlington, Dubuque, Kalona and others who walked into a grassroots buzz-saw when they tried to crack down on the 2nd Amendment!

From day one, it was clear to us that Mayor Amy Nielson was ready to “go to the mat” with Resolution NO. 13-60 – which would put gun owners in JAIL for violating her resolution!

She thought she could slide this through with no one noticing. When that failed, she tried to drag it out over the course of multiple meetings, hoping that we’d tire.

Mayor Nielson understands now that the members of IGO never give up, they never retreat, and they never tire of defending their right to keep and bear arms!

Last night, dozens of IGO members and supporters stood tall in defense of their rights.

One after the other, you spoke out against gun grabbing Mayor Amy Nielson and her allies on the council – reminding her that North Liberty is not “her” town and she can’t restrict a Constitutionally guaranteed right!

DO NOT RESTRICT OUR RIGHT TO DEFEND OURSELVES!

It gives me great pleasure to announce that because of all your calls, emails, Facebook posts, and in-person meetings with your council members, this resolution was soundly defeated in North Liberty last night!

But it gets better.

Being incredibly politically tone deaf, the Police Chief went “all in” and demanded the council grant clarity because certain properties like the Rec Center, Public Library and Police Department – in defiance of Iowa Code – already display signage that mandates people disarm on those properties.

Not only did you stop this radical attack on your right to keep and bear arms, you built up so much pressure that the existing areas where gun owners were forced to disarm are now going to have to remove those signs!

Folks, this is the power of grassroots activism!

You see, Iowa Gun Owners doesn’t exist to tell you what you’re going to have to accept from the politicians like most organizations here do.

Rather, we are YOUR mouthpiece to the politicians holding them accountable and telling them what you expect of them.

This philosophy was carried out so successfully in North Liberty that pro-gun councilman Terry Donahue begged us to “Make the calls and emails stop,” as each of the council members had to deal with HUNDREDS of calls and emails from gun owners like you!

We salute Councilman Terry Donahue for his unwavering support of the 2nd Amendment throughout this fight.

For more details, check out this video from last night in North Liberty. 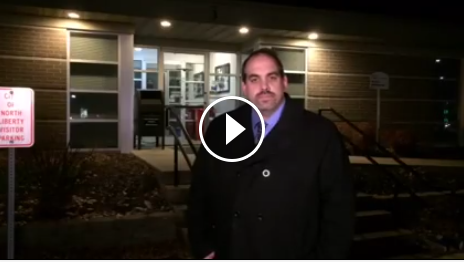 More importantly, we want to thank you, the members and supporters of Iowa Gun Owners, for your unrelenting support in the never-ending fight for gun rights here in Iowa!

Without our activists’ calls, emails, Facebook posts, and in- person meetings with your city council members, we wouldn’t have stopped this.

And without our donors’ financial support we would not been able to run the sponsored posts on Facebook, have staff members on the ground going house-to-house alerting gun owners, deployed massive emails, and more!

So whether you’re a donor, activist, or both – gun owners in North Liberty offer their deepest thanks for coming to their aid during this fight. 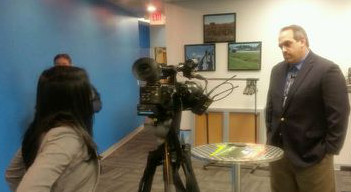 This is what it’s all about! A family of gun owners banding together demanding that the politicians keep their hands off of our right to keep and bear arms!

I wish I could say that this is the last time we’ll need you to fight for your rights in 2015 – but in the coming days we’ll be alerting you to one more town trying to attack your rights.

In the meantime, if you have not renewed your membership in Iowa Gun Owners (or have never joined) now would be a fantastic time to consider doing so as we prepare for upcoming fights in 2016.

For today savor this victory – you earned it!

But the members of Iowa Gun Owners stood their ground and fought back – sending a loud message to the council members – who struck down this attack on the 2nd Amendment last night in North Liberty!

Not only that, but the council ordered the Police Department, the Rec Center, and the Library to remove the signs they already have in place!

Thanks to all of you who made the calls, sent the emails and Facebook posts, and had in-person meetings with your city council members – you are the ones who made this happen.

This is the power of grassroots activism!

Check out our live video update below!

We cannot thank you enough for your support throughout this fight!

Once again, if you have not renewed your membership in Iowa Gun Owners (or if you’ve never joined) – we’d be honored to have your support as we prepare for the fights that 2016 will bring.